In a surreal, cable news split-screen moment, President Donald Trump gave an aggressive, uncompromising Rose Garden speech declaring himself the “president of law and order” while hundreds of police and protestors were shown clashing across the street from the White House.

Breaking days of near-silence, which included blanketing the White House in darkness on Sunday night and Trump himself reportedly retreating to a safety bunker on Friday, Trump lashed out at the violence seen in cities across the country without explicitly mentioning the police’s role in George Floyd’s alleged murder. But literally as the president said he was “taking immediate presidential action to stop the violence and restore the safety in America,” members of the Secret Service and National Guard military police were firing tear gas and aggressively pushing back and, at times, violently attacking some peaceful protestors and members of the press gathered in the nation’s capital. 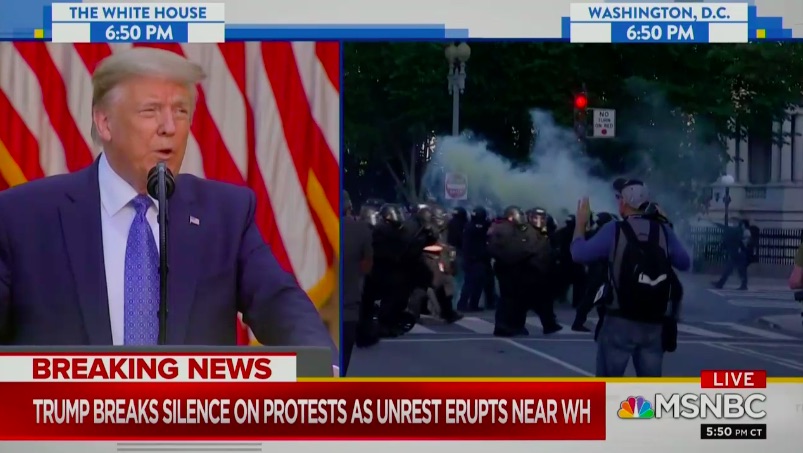 The dual imagery of Trump ominously threatening to deploy U.S. military forces and swoop in if state governors and mayors don’t crack down on protests to his liking, all while protests were taking place right outside the White House made for a incredible, stunning contrast, which all three cable news networks chose to frame with simultaneous coverage in varying degrees. 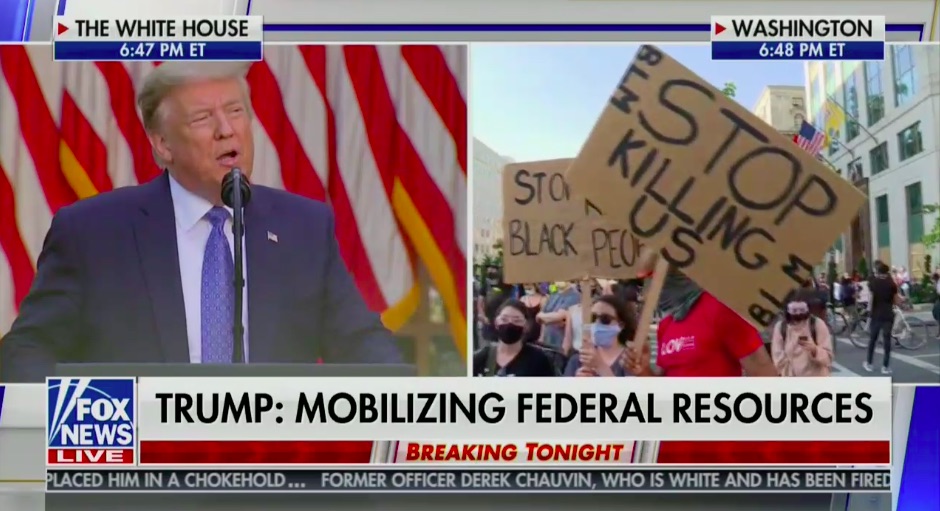 Watch the videos above, via CNN.