Ann Coulter Clarifies The First Amendment On Red Eye: ‘Getting Off Isn’t Speech’ 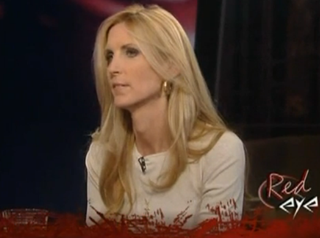 When the topic returned during the Halftime Report, Andy Levy chimed in on Coulter’s point attacking liberals, noting that he agreed “that liberals have no problem banning things they don’t like, but so do conservatives.” Levy ends the segment on a high note, however: “My problem with lorises is that they look like Nancy Pelosi.”