As MSNBC Makes Big Changes, Only One Scenario Remains for Brian Williams

As MSNBC Makes Big Changes, Only One Scenario Remains for Brian Williams 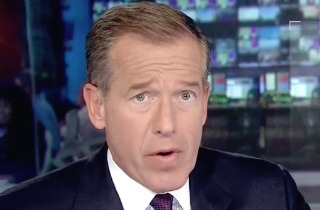 As you may have heard, MSNBC has seen some big (and warranted) changes in 2015. Add it all up, and every program that existed from 1:00 PM to 7:00 PM EDT as recently as six months ago no long exists.

The alterations are swift: A national correspondent (Kate Snow) and a political director (Chuck Todd) will be joining and rejoining, respectively, the 19-year-old cable network. Morning Joe will occupy 25 percent of live (or plausibly live) programming per day. Opinion-based programming––at least after the morning show and before primetime––has been cleared away as a more traditional news focus takes it place. But of all the moves made by NBC President Andy Lack over the past six months, the most significant is Al Sharpton‘s move to Sunday mornings, thereby vacating the 6:00 PM timeslot on weekdays. And with most of the chess pieces now in place, the elephant in the room (See: Williams, Brian) appears to finally have a home: 6:00 PM, Monday through Friday.

In the end, it only makes sense to give Williams his own program instead of simply having him on standby for breaking news stories, a la Shep Smith at Fox. Because while Shep will jump into the network’s opinion programming at 5:00 PM (The Five) or in primetime (particularly when Bill O’Reilly or Sean Hannity are in tape) when warranted, he still owns his own hour at 3:00 PM with Shepard Smith Reporting.

Know this: You don’t reportedly pay someone in the $10M/year range to only work a few times per month. And in the case of Williams per a must-read piece by the Washington Post‘s Erik Wemple back in June (Title: Will Brian Williams have anything to do at MSNBC?), the highly-compensated anchor would likely only be called upon (maybe) a handful of times per month. And with seasoned pros like Snow coming on board and more-than-capable anchors like Tamron Hall, Thomas Roberts, and Jose Diaz Balart already there, it’s doubtful they would be preempted to make way for Williams, as such a scenario would not only be somewhat insulting to them, but an awkward date for viewers at home.

Instead, all signs point to Williams serving as a bridge between Todd (5:00 PM) and Chris Matthews (7:00 PM) at 6 in the east. Primetime––particularly the vulnerable 8:00 PM slot––has been offered up in some media circles as a possible home for Williams, which he occupied on MSNBC in the pre-Olbermann days up until 2002 with The News with Brian Williams. But that was a different time… a time when a good chuck of the audience didn’t already get their news on their phones, computers and tablets during the day in the dominant way they do now. And by the time 8:00 PM rolls around and the network and local newscasts complete, most folks know the basic meat of big stories of the day (who, what, when, where)… what many are looking for is perspective and analysis on those stories, particularly when the tremendous (and often ridiculous) theatre that is the race for the White House dominates the news cycle.

In the end, it appears the only true home–and true value–for Brian Williams at MSNBC is at 6:00 PM EDT.

Big changes with some fairly big NBC names in Kate Snow and Chuck Todd are coming. But the biggest name of them all still needs to be assigned.

Brian Williams, solely a breaking news anchor sitting around in a bullpen waiting to be called to the mound? Don’t think so.

Host of an hour-long traditional news program to set the table for the network’s editorial page in prime?

By all appearances, this is the only scenario left that makes sense.