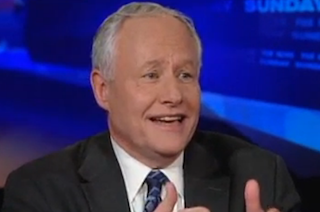 “Conservatives and Republicans are making a huge mistake,” Kristol predicted.

The surveillance programs are causing a fissure on both sides of the aisle, with Republicans in favor of stronger national security measures finding themselves in the odd spot of supporting President Obama’s programs, which are a direct continuation of Bush-era policies. These conservatives, of whom Kristol is a spokesman, see the IRS scandal as indicative of an intrusive and aggressive government, but support extensive surveillance to fight terrorism.

Kristol pointed out that the various NSA programs require multiple levels of court orders. “You can’t just migrate through the whole database,” he said. “That is not what the IRS did. Obviously, Lois Lerner decided on her own, let’s people who target tea party in their names.”

Host Chris Wallace asked if the intrusive nature of the NSA surveillance program had some political appeal, of the type Rand Paul has been funneling.

Kristol didn’t buy it. “They’re not allowed to go into that data until they have a warrant signed off on by a judge,” he said. “That is totally different from the IRS abuses, which I think are very serious, and I think it’s very important for conservatives and Republicans to make that distinction.”