Brian Williams Mocked For Falsely Claiming Bloomberg Could Give Every American $1 Million: ‘Unacceptable For a Major Cable Show’ 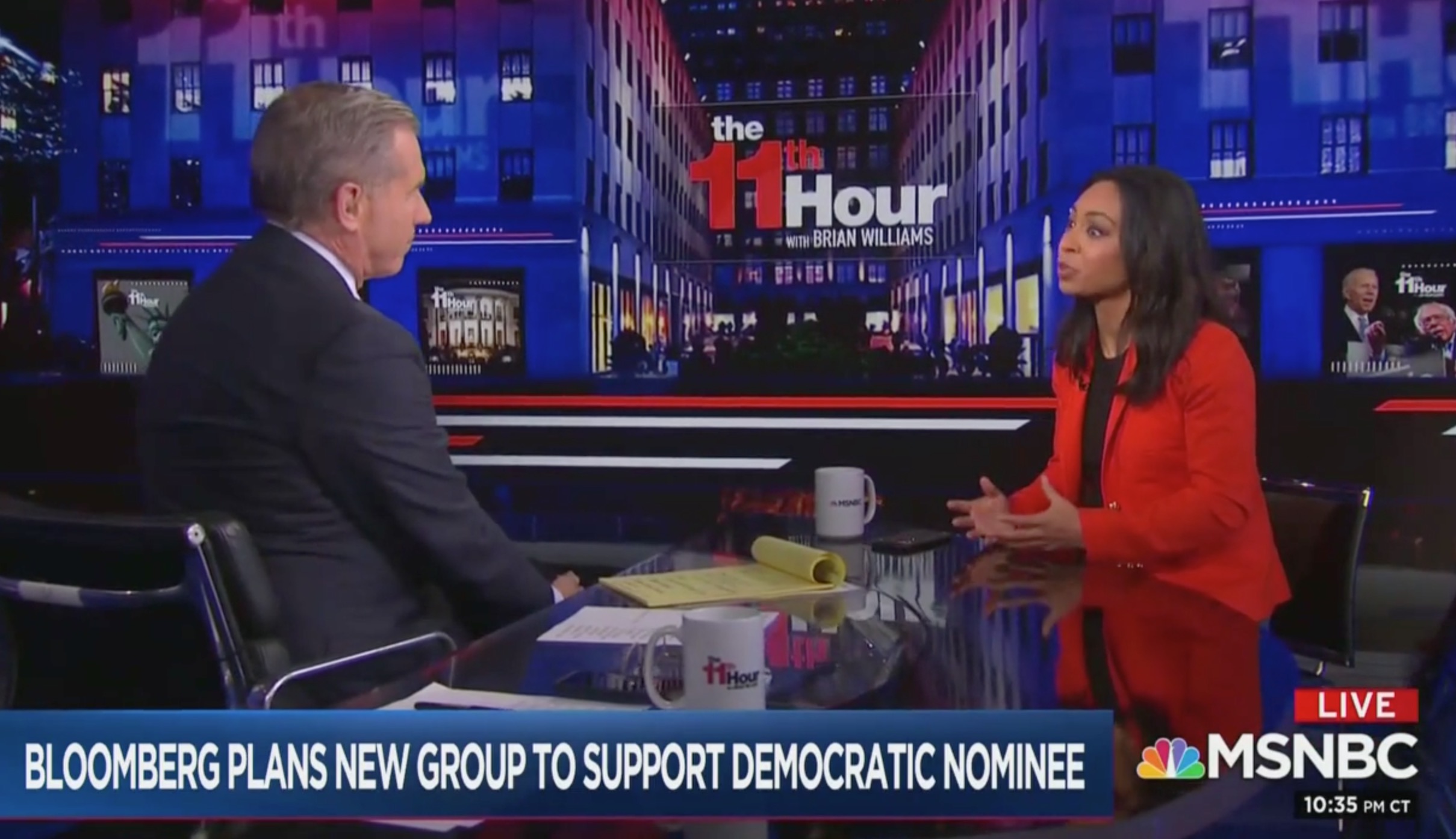 MSNBC’s Brian Williams was mocked for falsely claiming that former 2020 Democratic presidential candidate and billionaire Mike Bloomberg could give every American $1 million, Friday.

After New York Times editorial board member and MSNBC guest Mara Gay said, “Somebody tweeted recently that actually with the money he spent he could have given every American a million dollars,” Williams responded, “Let’s put it up on the screen.”

“When I read it tonight on social media it kind of all became clear,” he continued. “Bloomberg spent 500 million on ads. U.S. population 327 million. Don’t tell us if you’re ahead of us on the math. He could have given each American one million dollars and have had lunch money left over. It’s an incredible way of putting it.”

“It’s an incredible way of putting it,” Gray replied. “It’s true. It’s disturbing. It does suggest what we’re talking about here, which is there’s too much money in politics.”

Williams corrected the error on air roughly 10 minutes after he’d made it. Nonetheless, he was mocked mercilessly on social media for the gaffe, with former Fox News host Eric Bolling branding the mistake “unacceptable for a major cable show.”

This is just unacceptable for a major cable show:
I’m not sure what’s worse…
The @nytimes reporter flubbing the math, Brian Williams face planting the math or @MSNBC producers not doing basic fact checking before creating that full screen for tv? https://t.co/m6NadeAzR0

They didn’t just say it, Brian Williams called to go whole screen with it. “It’s an incredible way of putting it.”
An incredible way that’s also total BS. https://t.co/k8SFA3dBCn

Neither Brian Williams nor his guest can do basic math. Even worse, they have no concept of math. Complete ignoramuses! https://t.co/9t4dcB23Ox

The virus crisis is happening because there is a critical deficit of quantitative reasoning in our media & political class.

Brian Williams during that segment. pic.twitter.com/aIeazYuHqP

Brian Williams and Mara Gay aren’t the only ones with the math fail there. There is also whichever MSNBC employee it was who spotted the bad math tweet and was like “yeah, this checks out.” And then other Williams staff who put it on screen

If Bloomberg decided to give his money to every America, he could instead reportedly give each person just $1.52– significantly less than one million dollars.

Just so everybody knows here’s the real answer

Bloomberg could have given every American $1.52

Brian Williams and his team were off by 6 zeroes https://t.co/d0gilpBCxc