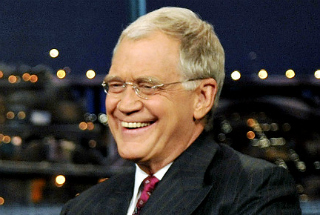 [NOTE: This column was originally published on May 24, 2012, and has been repurposed for this week’s finale of The Late Show with David Letterman.]

It’s a common gripe that cable news has become aggressively partisan, with MSNBC on the left and Fox News on the right. But despite the occasional allegations that late-night television can also be politicized, generally the hosts seem to try to attack absurdity in a relatively bipartisan fashion.

But the new “King of Late Night” David Letterman may be a different animal altogether. As of late, it sure seems like Letterman isn’t just left-of-center, but proudly liberal. Maybe that’s hardly surprising, considering his show is based in New York City, but not something one might expect from a nationally-viewed comedic host. And not something Letterman seems ready to admit.

Letterman’s partisanship has become particularly obvious in recent years. Bush jokes were easy, sure, but it’s arguable that since the Obama election, Letterman has become even more comfortable with his biases (occasionally at the expense of being funny). He spends a great deal of time in his monologues with yawn-inducing jokes about Romney’s silver-spoon background, and, as you may recall, strange attacks on Sarah Palin‘s daughter. From someone who makes north of $30 million a year, the rich-guy jokes seem shallow, if not hypocritical.

And that’s nothing compared to Letterman’s recent obsession with whether President Barack Obama will ever get more credit for his accomplishments. He complained to Brian Williams last week: “What more do we want [President Obama] to do for us? Honest to God.” And on Wednesday night, he confronted Bill O’Reilly with the same question, as if O’Reilly was one of those people who hasn’t given the president his due.

Letterman, more so than the other late-night hosts, makes it obvious with whom he is going to debate and to whom he is going to lob softballs. He’s given particularly tough times to Sen. Rand Paul (R-KY), O’Reilly, and pretty much any other guest that can be seen as right-leaning. But he’s welcomed the likes of Keith Olbermann into a safe cocoon of innocuous questioning.

Of course, whining about unfair treatment from the media is an overtly conservative mantra, but it does feel especially true about Letterman. Years ago, you might not have thought Letterman to be so partisan. Something seems to have changed. An insider who used to work for Letterman tells me the comedian used to be a “normal” moderate type, until “one day he just snapped.”

Letterman addressed the allegations of partisanship on Piers Morgan‘s CNN show Wednesday night, conceding that “I have been guilty of appearing to be playing partisan politics. However, I’d just like to say for the record I am a registered Independent. You go where the material takes you.” He then cites “poor Bill Clinton” for how “desperate” comedians beat up on Clinton during the Lewinsky scandal, and then goes on to say that, for comedians, the George W. Bush presidency meant “our prayers have been answered.” (To Letterman’s credit: Bush was, indeed, the Golden Age for hilarious presidencies.)

But, of course, he would know better than to register with a particular party. Being a registered Independent does not shield one from actually being politically left or right. Letterman may be correct that when it comes to the jokes, the material defines the political bend. But how would he explain his own comments and questions, which aren’t necessarily based on news-of-the-day, but rather his own voice?

Letterman would do himself and his audience a service by doing what many of the MSNBC hosts already do — just come clean. That way, there’s no expectations on the part of the audience that he is, or should remain, politically neutral.

What do you think? Is Letterman a partisan liberal, or is this writer just a disgruntled Jimmy Fallon/Conan O’Brien fan?