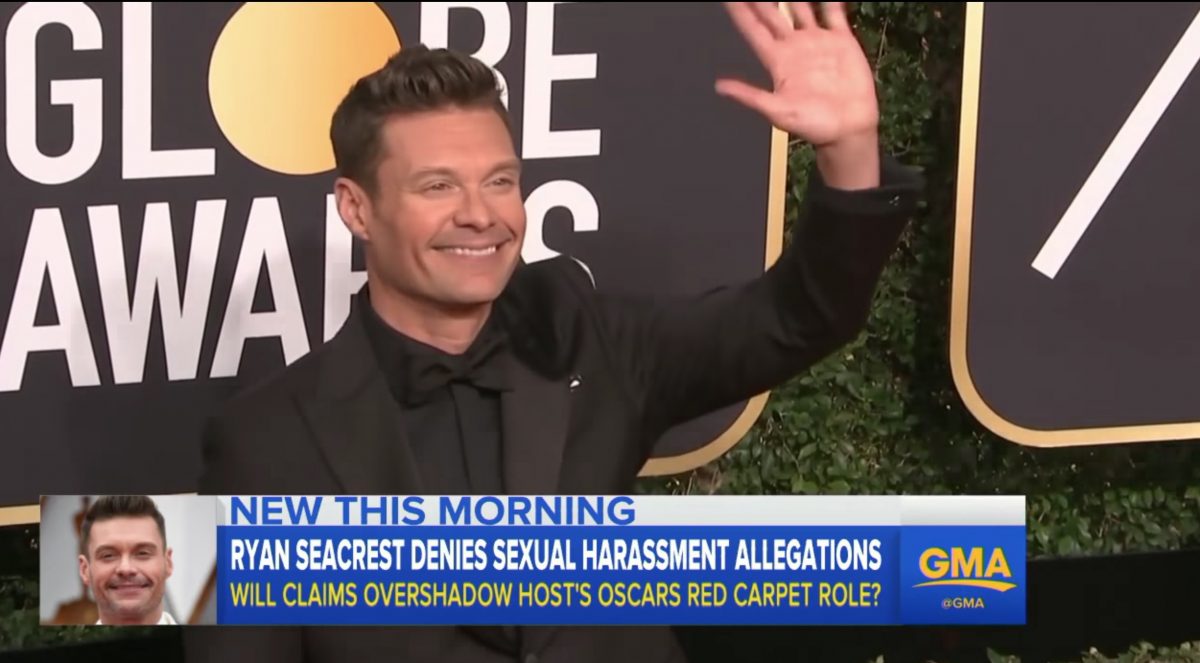 This year’s Oscars are hardly business as usual, thanks to the Me Too movement roiling the entertainment industry — and the E! Red Carpet this year is an unexpected point of controversy, given the sexual harassment allegations recently leveled against host Ryan Seacrest.

And the network is reportedly preparing for any mishaps: sources told the Hollywood Reporter that E! is planning a 30-second delay to its live red carpet broadcast, hosted by Seacrest and Giuliana Rancic.

“The move would allow E! to filter any awkward moments that may arise during the broadcast regarding the recent sexual harassment and misconduct claims levied against Seacrest by his former stylist, Suzie Hardy,” according to the Reporter.

The cabler, however, won’t confirm the delay, instead insisting it’s “business as usual” on the carpet. “As always, we tape multiple sources of content simultaneously to deliver the best possible show, and there are often brief delays between interviews,” said an E! spokesperson.

Seacrest’s accuser came forward last week, detailing her allegations of repeated harassment and abuse at the hands of the E! star to Variety. Seacrest vehemently denied the claims, calling the Variety story “salacious” and pointing to an independent investigation conducted by his network that cleared him of the allegations.

Despite the controversy surrounding Seacrest, he continued to host his show Live With Kelly and Ryan with co-host Kelly Ripa, and E! chose to keep him on as host of the Oscars red carpet. That’s despite reports that stars were seeking to avoid him on the carpet ahead of the big awards.