Ed Schultz is ‘Pissed’: I Did Not ‘Rant’ at Obama, All Doubters ‘Can Kiss My Ass’
audio

Ed Schultz is ‘Pissed’: I Did Not ‘Rant’ at Obama, All Doubters ‘Can Kiss My Ass’ 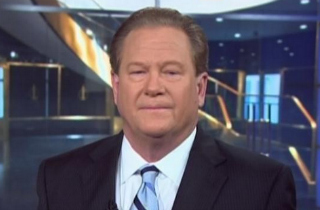 MSNBC host Ed Schultz takes issue with a new book’s portrayal of him having “ranted” at President Obama during a closed-door meeting in 2012, so much so that “you can kiss [his] ass” if you still think he did so.

The report, originally found in MSNBC analyst Richard Wolffe‘s new book, depicts Schultz as having given an impassioned plea to Obama, with the president quietly “masking” his impatience for such “criticism.” Mediaite and several other news outlets used the word “rant” to describe the events; Washington Post used the word “tirade.”

While Schultz initially bragged about the revelations, he took a starkly different tone Thursday afternoon, tearing into the “total mischaracterization” on the part of both Wolffe and the media. “There was no rant,” he said. “There was no tirade. There was no engagement of negativity between me and the president of the United States. And quite frankly, I’m pissed about it.”

He continued: “I speak my piece and I tell the truth and I do not want you to think that I disrespected a man who I have immense respect for, and that is Barack Obama! And so I’ll just leave it at that and the rest of you can kiss my ass, okay?”

So does Schultz expect an apology from his colleague Wolffe for “mischaracterizing” him? “No. I’ve got a thicker skin than that. But I will tell you that this is an inaccurate depiction of the conversation.”