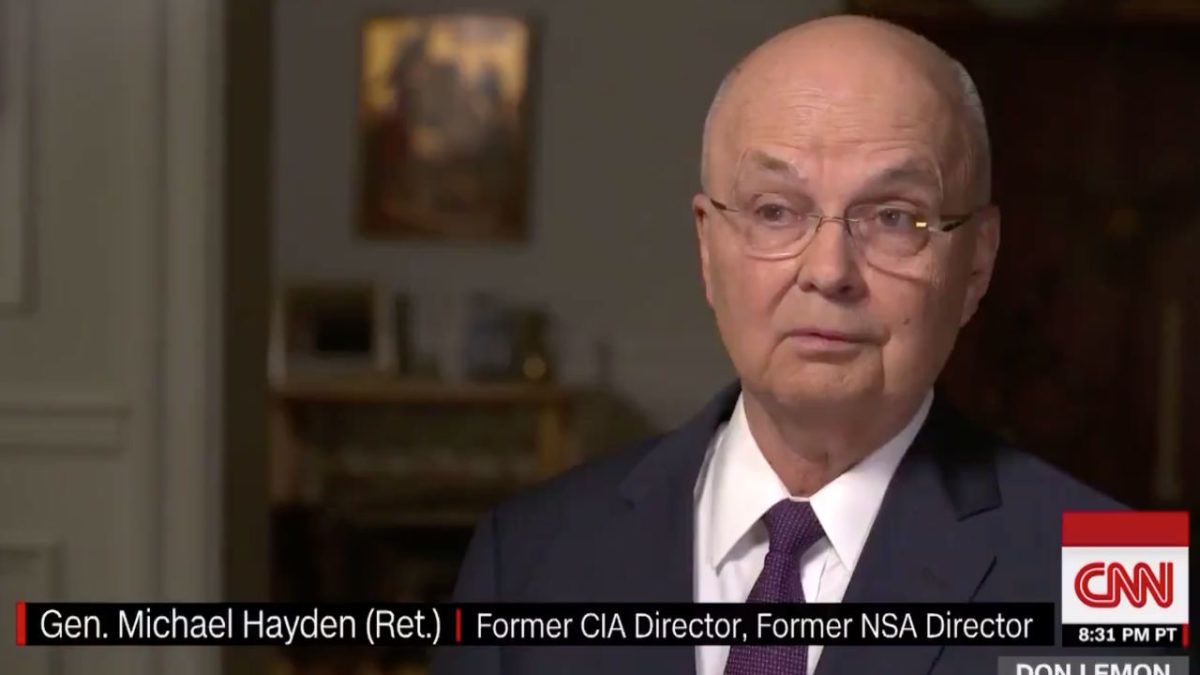 Former CIA director Michael Hayden made his return to CNN, after suffering a stroke, in an interview with Don Lemon, criticizing President Donald Trump for his recent comments about foreign influence in 2020.

Lemon asked Hayden for his response to Trump expressing an openness to receiving foreign dirt in the next election.

"The American President would do that? It's truly unbelievable."

In the first interview since his stroke, @GenMhayden shares his reaction to hearing Trump say he'd be willing to accept information about political rivals from a hostile foreign country.https://t.co/wy0OJtpti5 pic.twitter.com/hYsHHdagTy

Hayden said, “The American President would do that? It’s truly unbelievable.”

He was also stunned by Trump saying the FBI is wrong on this, and when asked about the impact of statements like these on the intel community, Hayden said it’s “really hard” on them.

Hayden also doesn’t believe that the U.S. is doing enough to combat foreign efforts to interfere in the 2020 election. He also said that he believes Trump obstructed justice and had some words of criticism for Attorney General Bill Barr.

Hayden also spoke with Lemon in some detail about his stroke and recovery process. You can watch below, via CNN:

"I fell, frankly, at the bottom of the stairs. I just fell down."

Ret. General Michael Hayden shares details of his stroke, telling @DonLemon "there are some things that are not coming back … I have to deal with that."https://t.co/GEpkDE1BSv pic.twitter.com/JPjmoweFfE