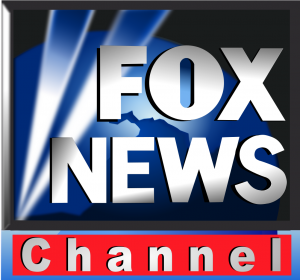 On the heels of major shakeups at the Fox News Network, an alternative conservative network is being actively discussed amongst conservative fat cats.

A well-placed source close to the proposal tells Mediaite that serious discussions are underway to create an alternative conservative cable network on the belief that the Fox News Network is moving too far to the left. The source, who is engaged in the talks, says a meeting is planned for today with two prominent high-powered television executives, some underperforming conservative networks and people who have an interest and the ability to fund a new network.

The potential aim? Putting “the old band” back together. There are certainly plenty of (out-of-work?) conservative powerhouses to pick from that could star on a new network, and perhaps even some executives from within Fox News who might be lured by the new opportunity. Could the new channel include stars like the ousted Bill O’Reilly, who didn’t waste much time hitting the podcast waves after he was fired amid a sexual harassment scandal? Could Tomi Lahren, the conservative mega star, who was recently sidelined at The Blaze also take on a prominent role? The exact “who” won’t be clear until the deal is more defined but the source says the pitch is that the network could immediately reach at least 85 million homes.

This news comes on the heels of a long profile in last weekend’s New York Times which paints a picture of a changing Fox News Network with Murdoch’s sons, James and Lachlan, CEO and co-chairman of parent company 21st Century Fox, at the helm. The piece struck fear into the minds of some Fox News’ hardcore conservatives with talk of the sons wanting to rid the company “of the old-guard culture on which their father built his empire” and bringing “a warmer and fuzzier workplace” that would move away from an “anti-politically correct environment.”

On Thursday, New York Magazine‘s Gabe Sherman, a constant thorn in the side of Fox News, reported that “sweeping management changes” may be coming to the network as well. Sherman’s report cited three anonymous sources that contend that the network’s co-President Bill Shine recently asked the Murdoch sons to release a statement in support of him amid the roiling lawsuits and scandals. Both Fox News and 21 Century Fox have vigorously denied that Shine made such a request but the report by Sherman prompted a rather mysterious tweet about the “total end of the FNC as we know it” by the network’s biggest remaining star, Sean Hannity:

Gäbe i pray this is NOT true because if it is, that’s the total end of the FNC as we know it. Done. Best Sean https://t.co/W3BJ2wjzRD

“I just don’t see Fox News and Sean having a long relationship. If Sean becomes available, you have 100 percent turnover in primetime and a huge opportunity,” a television executive, who didn’t want to be identified, but is involved in some of the talks, told Mediaite.

“I’m working on it (the new conservative channel) hot and heavy,” the source said. “It’s live, it’s real.” The new channel could come to fruition within the next 10 to 12 months, the executive said.

It is no surprise that a savvy investor would see the turmoil within Fox News as a major opportunity. As The Times piece noted, analysts estimate that Fox News produced 25 percent of 21st Century Fox’s operating income last year or a whopping $6.6 billion. Conservative news remains a cash cow for investors, but the media landscape is quickly changing with younger viewers “cutting the cord” and turning to alternative over-the-top live streaming platforms like Hulu, Amazon, Roku and YouTube TV. Could a conservative alternative channel with some big names have an edge on the 20-year-old conservative network? Stay tuned. Our source is convinced it can happen.

Update 12:58 p.m: This article has been updated with a quote from a television executive who is involved in the talks.