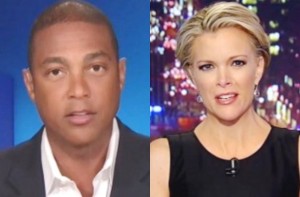 CNN’s coverage of Prince‘s death led to a pretty remarkable ratings victory last Friday: four of its shows beat their direct Fox News competitors with viewers in the 25-54 demographic.

At 5 pm, Fox’s The Five received 249K viewers in that demo, compared to 266K for The Situation Room. Wolf Blitzer‘s second hour beat Bret Baier in the demo with 263K to 257K viewers.

Erin Burnett took 260K viewers at 7 to Greta Van Susteren‘s 203K, but the true surprise came in the 9 pm hour.

UPDATE –– 8:24 pm EST: We should add here another big win for CNN. Not only did Jake Tapper‘s 4 pm program beat Neil Cavuto in the demo––359K to 214K viewers––but overall this past Friday, The Lead was #1 in the demo.