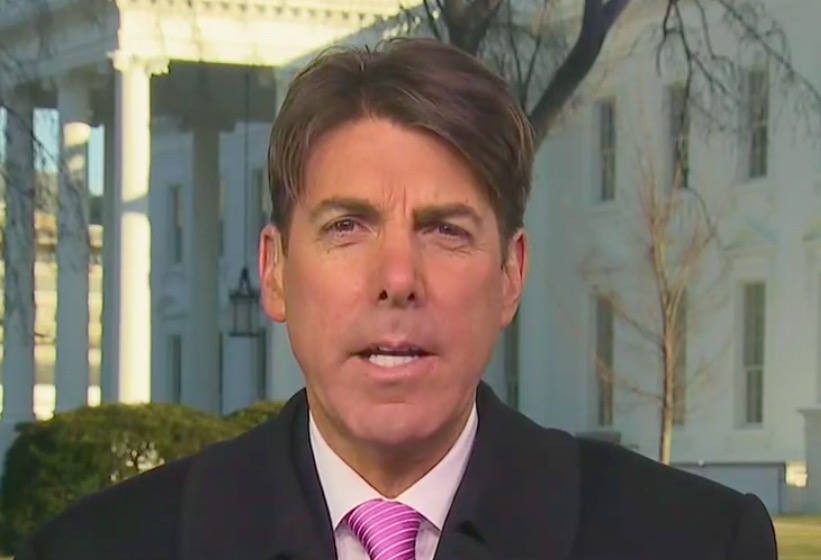 In leaked internal emails obtained by Mediaite, Fox News Radio correspondent Jon Decker scolded several of his colleagues for their defense of President Donald Trump’s “both sides” remark about Charlottesville, saying they sound “like a White Supremacist chat room.”

The emails are part of a chain discussing coverage of Joe Biden’s 2020 announcement, in which the former vice president entered the race with a video centered on the white supremacist violence in Charlottesville and President Donald Trump’s infamous response to it. The emails were first published by FTVLive.

“A lie gets halfway around the world before the truth has a chance to get its pants on,” McKelway emailed, attributing the quote to Churchill (for what it’s worth, there is no evidence Churchill ever said this quote.)

Fox News editor Cody Derespina added to McKelway’s point, citing comments from a Charlottesville attendee claiming he was just there to protest the removal of a Robert E. Lee statue. The man, Jarrod Kuhn, claimed that despite only briefly appearing at a protest, he was hounded by Antifa on his return to his New York home.

Decker fired back: “I don’t really understand the point you are making.”

“Jarrod Kuhn was one of those individuals in Charlottesville holding a tiki torch while the mob chanted ‘Jews will not replace us,'” Decker added.

In another email, Decker went off on McKelway, and suggested he apologize for sounding like a participant in a white supremacist chat room.

“[Invoking] Churchill to what happened in Charlottesville is rather offensive,” Decker wrote. “Reminder: Churchill helped defeat the Nazis.”

“Based upon the slew of emails that I’ve received today, both of you ought to send an apology to your Fox colleagues –many of whom are hurt and infuriated by your respective posts.”

“Your posts read like something you’d read on a White Supremacist chat room,” Decker added.

While Decker’s horror is warranted, revisionism of Trump’s comments about Charlottesville have become standard in conservative media (Laura Ingraham’s show covered it just last night). Breitbart and The Federalist have led the charge that Trump’s infamous comment — that there were “very fine people on both sides” of the deadly rally — was actually true and not a morally offensive statement.

Trump’s defenders point out that Trump did say that neo-Nazis should be “condemned totally.” They also claim that there were a few noble protestors who were only in Charlottesville because they feared the removal of a Confederate statue.

This argument, though, is where the pro-Trump revisionism falls apart. The rally in Charlottesville was always billed as an alt-right event. It was organized by white nationalist Jason Kessler. David Duke and another famous white nationalist, Richard Spencer, were scheduled speakers.

Decker is correct: the group of men wielding tiki torches and chanting “Jews will not replace us” the night before the main event set a pretty clear tone.