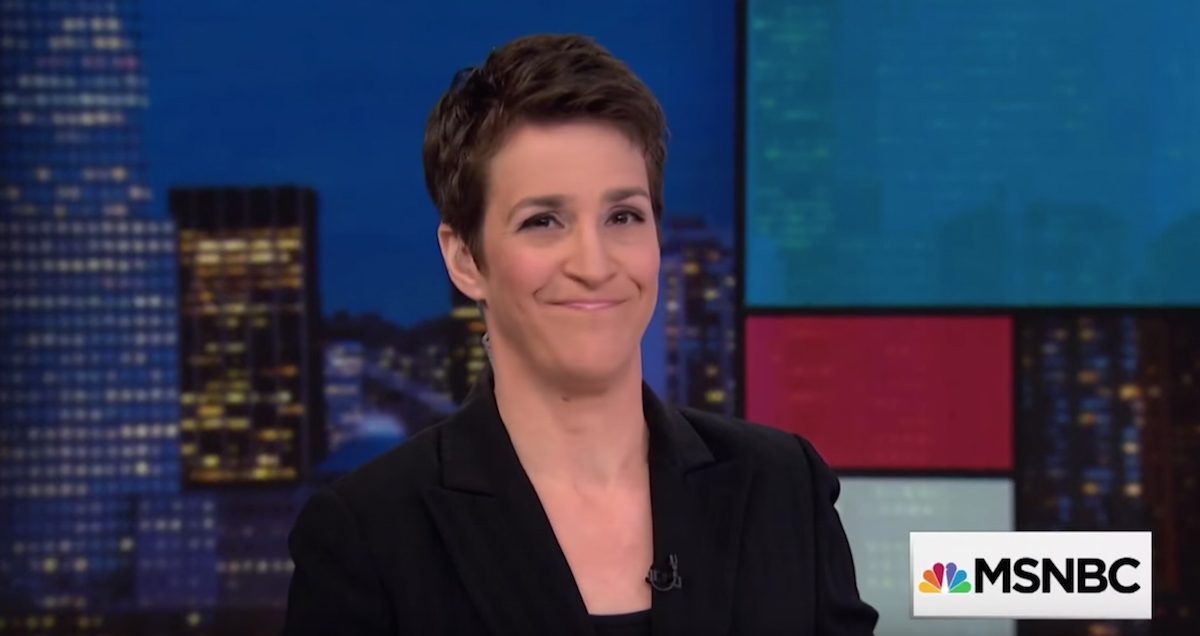 Minutes before Fox News’ Hannity aired Wednesday night, President Donald Trump took to Twitter to promote the program, telling his 50+ million followers that it was going to be a “big show” while advertising the time and network.

While the president’s tweet caused a lot of online chatter about what he wanted viewers to see on fervently pro-Trump conservative host Sean Hannity’s show that evening — Hannity railed against former FBI Director James Comey and Special Counsel Robert Mueller while attorney Joe diGenova called on Deputy Attorney General Rod Rosenstein to be fired — it didn’t end in a ratings victory for Hannity.

According to Nielsen, MSNBC’s The Rachel Maddow Show was the most-watched cable program on Wednesday, pulling in 3.257 million total viewers. Maddow, which airs in the same 9 PM ET timeslot as Hannity, also led all of cable news in the key 25-54 demographic, attracting 767,000 in the metric.

Hannity finished second overall in total viewership (3.045 million) and fourth in the demo (571,000). MSNBC’s The Last Word with Lawrence O’Donnell placed second in demo viewers (603,000) while Fox’s Tucker Carlson Tonight was third with 582,000.

Maddow is coming off a month in which her show overtook Hannity as the most-watched in cable news. For the first quarter of 2018, Hannity finished first in total viewers while Maddow topped the demographic.