Sean Hannity tonight opened with a lengthy monologue once again tearing into Robert Mueller, declaring he has “gone rogue.”

He again asked for any evidence of collusion before saying Mueller is overseeing a “runaway investigation” along with his “Trump-hating deep state sycophants.” He brought up the Michael Cohen office raid before saying, “Robert Mueller has officially gone rogue and declared war against the President.”

The Fox News host reiterated how there are multiple forces working against the President, including the “corrupt media,” “Never-Trumpers,” and “the deep state.”

He brought up recent reports on what Mueller is looking into and wondered if his team is “actually coordinating” with the media.

However, Hannity made a point of talking about the serious problems that would arise were Mueller fired, especially how the investigation would “only get worse.”

He went on a tear against not just Mueller but Andrew Weissmann, noting how Mark Levin is now calling for AG Jeff Sessions to step down.

Hannity recommended that President Trump add to his legal team (something Laura Ingraham suggested yesterday) and said they should be ready to take this all the way to the Supreme Court. 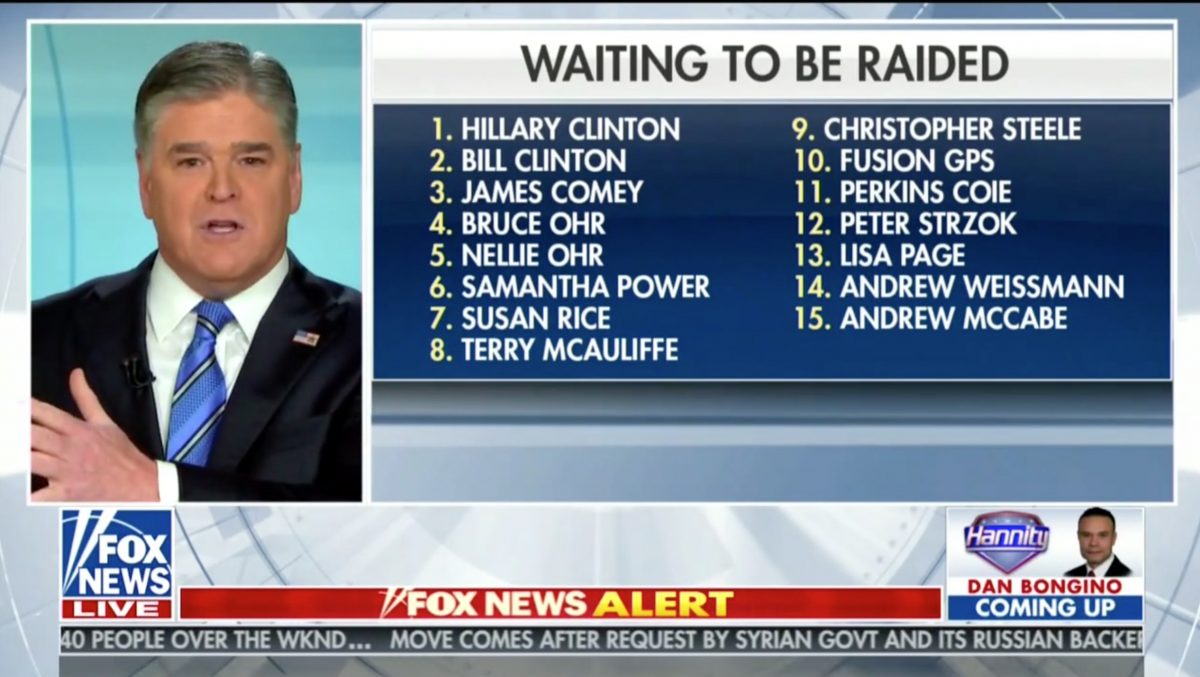