Matthews Panelist: ‘A Lot Of Women Take Some Pride’ In Their Children Having A Black President
video

Matthews Panelist: ‘A Lot Of Women Take Some Pride’ In Their Children Having A Black President 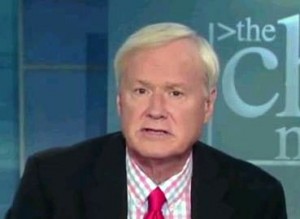 This morning’s Chris Matthews Show opened with a look at all the elements the American people will weigh in voting for President this November. Among the many factors the panel analyzed– from GDP to approval ratings– was the racial issue as brought up by Dan Rather, who told the panel he was proud have seen an African-American president in his day. The panel agreed that those who would vote against President Obama for race would not vote for him anyway, with Nia Malika Henderson arguing that women, and mothers in particular, “take pride in this idea that their kids are growing up” with an African-American president.

“Does history offer a guide or are we in a phenomenal situation here?” Chris Matthews asked Rather, who called it “unique” though not phenomenal, and noted that “race will be a factor in this presidential campaign” because “we feel good about we elected a person of color, which I did not expect to see in our lifetime.”

Kathleen Parker did not entirely agree, arguing that “those people who would vote against President Obama because he is African-American would anyway,” so whether there is a racial impact on voting numbers seemed yet to be determined. Henderson agreed, adding that any racial undertones in attacks would probably “turn off independents” and, likely, “a lot of women” who, “especially I think, take some pride in the idea that their kids are growing up in this country with an African-American president.”

Matthews agreed, adding, “I think there’s a fairness issue with women too.