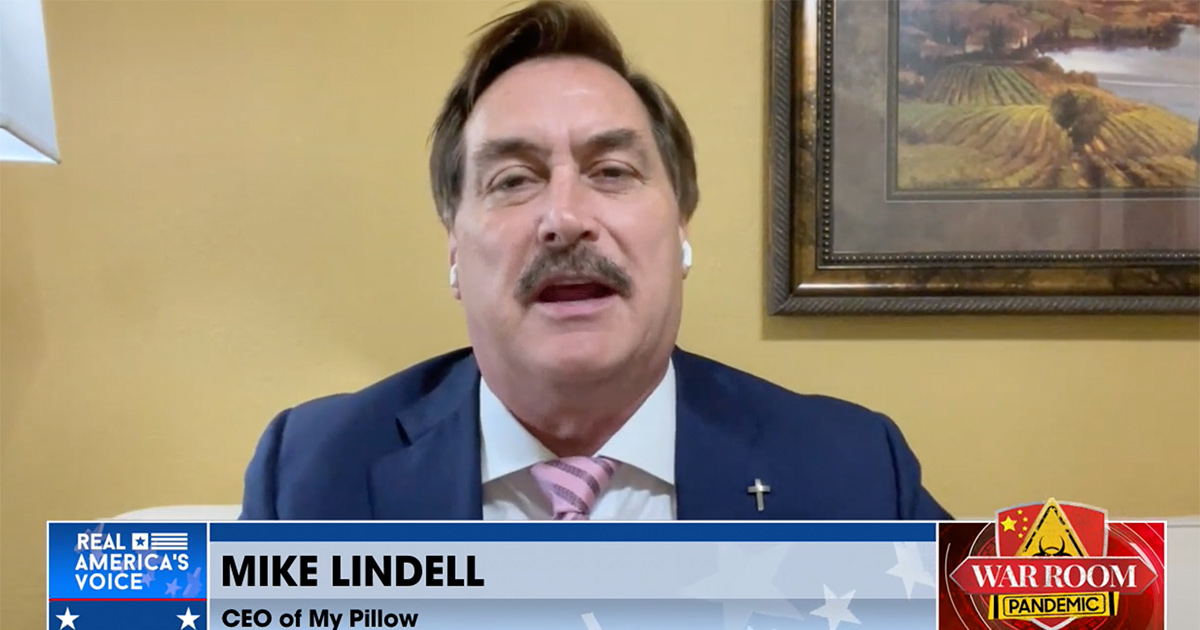 MyPillow CEO Mike Lindell claimed Friday he has hired private investigators looking at “everything,” including who’s behind “the bots and trolls” and even Fox News.

Lindell has pushed a number of conspiracies about the 2020 election, to the point where a Newsmax anchor literally walked off the set after trying to get him to stop, and Dominion is suing him for defamation.

Lindell appeared on War Room: Pandemic Friday to talk about the lawsuit and his new social media venture.

Mike Lindell reveals that he hired private investigators to find out why Fox News has refused to allow him to appear on the network and peddle his election fraud claims. pic.twitter.com/slZKjIF5c0

Steve Bannon, after bringing up the Murdochs, said to Lindell that even though he still sees the MyPillow ads on the network, “I don’t remember seeing you on Fox recently.

“Why are the Murdochs afraid of Dominion?” Bannon asked. “Why is Mike Lindell not on Fox and why do they seem to say, hey, when Dominion says something we’re just gonna shut up about it and talk about Biden’s tax bill?”

“You know, I’m gonna have those answers soon, ’cause I’ve hired private investigators and I’ve spent a lot of money on them to investigate everything,” Lindell said.

“The bots and trolls, who’s behind them? Why is Facebook involved, Wikipedia involved? And then the big question: why isn’t Fox having people on? Why isn’t Fox on there talking about Dominion and Smartmatic and the election fraud?” he added.

Lindell recently went on another wild rant against Fox News asking at one point if they’re “in on it.”