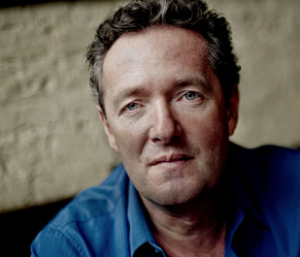 CNN’s Piers Morgan took to Twitter this afternoon, defending himself after a British member of Parliament suggested during the question of James and Rupert Murdoch that Morgan had admitted to phone hacking. “That MP just claimed I boasted in my book of using phone-hacking for a scoop,” Morgan tweeted to his 974,000 followers. “Complete nonsense. Just read the book.” Morgan’s memoir, The Insider: Private Diaries of a Scandalous Decade, discusses his time as a British tabloid editor–including working as editor of Murdoch’s now-closed News of the World–and has been singled out by a UK blogger for a reference to the ease of phone hacking. Morgan says he never described actually doing so. “I’ve never hacked a phone, told anyone to hack a phone, or published any stories based on the hacking of a phone.”

Morgan addressed his time working for Murdoch in a comment at the beginning of his CNN show, Piers Morgan Tonight, on Monday. It was the first time he had used his program to address the hacking scandal and his own connection to the News of the World. “I worked as editor of News of the World sixteen years ago, from 1994 to 1995…for the record, I do not believe that any story we published…was ever gained in an unlawful manner.”

Morgan has continued to defend Murdoch against claims he knew anything about the illegal activity at the News of the World. “Love him or hate him, does anyone genuinely think he’s a crook or condoned crime? Because I don’t.”