Rothman: The Media Loved Building Obama Up, They’ll Love Tearing Him Down Even More
video

Rothman: The Media Loved Building Obama Up, They’ll Love Tearing Him Down Even More 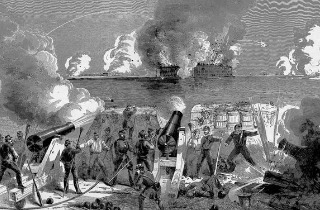 Under the weight of Obamacare, the Democratic center cannot hold. The discipline that Democratic lawmakers in Congress demonstrated over the course of the government shutdown is cracking amid the constant drumbeat of criticisms directed at the disastrous first few weeks of the Affordable Care Act’s implementation. The press loves a good conflict, and they will report on the emerging one within the Democratic Party with previously unseen tenacity. That is, they will once Republicans stop giving them a reasons to pursue the tired “Republican civil war” narrative.

Some prominent Republican pundits have seized on this theme. The Wall Street Journal’s Peggy Noonan expressed some pent-up frustration with the conservative movement on Wednesday in a column scolding GOP partisans for their endless focus on the minor differences within their own ideological coalition.

Noonan notes that, even as Democrats begin to run for cover as the White House defends its beleaguered achievement, Republicans are still predisposed to engage in navel-gazing over the state of the party’s 2016 presidential candidates.

What are we seeing on the Republican side? Nonstop taking of the press’s boob bait. “Potential Christie Rival Says He’s Not Conservative,” “GOP Readies for 2016 Battle Reflecting Party Divisions,” “GOPer: ‘Moderation the Path,’” “GOPer: Why Do Women Hate Us?” “Establishment Hates Grass Roots,” “Grass Roots Hates Establishment,” “Libertarians Hate Everyone,” “Everyone Hates Them,” “Republican: Even I Hate Me.”

“Someone should tell Republicans that the story now, next week and this winter is ObamaCare, not 2016,” she wrote. “It is what to do about ObamaCare. 2016 is not the subject now, it is a changing of the subject.”

With cosmic synchronicity, conservative columnist Charles Krauthammer touched on a similar theme on Tuesday night. Asked about the internecine feud raging within the GOP for the soul of the party – evidenced, in Fox News Channel host Bill O’Reilly’s case, by emails, tweets, and other outbursts by the perpetually aggrieved conservative wing of the conservative party – Krauthammer dismissed these fissures as inconsequential spats over tactics.

“On objectives, you tell me what is the fundamental difference between the so-called moderates and radicals?” Krauthammer said. “I don’t see it.”

O’Reilly countered that the anger on the right at their representatives in Congress who entertain compromise in order to govern could represent a threat to the integrity and the stability of the GOP.

“I think this is ginned up by a lot of players for a lot of self-interested reasons,” he said of the supposed rift within the party. “The fundamental point is we all agree on how the government ought to be changed.”

Much more has been said of Krauthammer’s throw-away observation at the end of this segment, that liberalism itself is being discredited by the ACA’s roll-out, but his remark about the conservative movement being misled by political profiteers deserves more attention.

Conservatives who are fighting the battles of three years from now are buying into a marketing gimmick. This ideological fight is elevated and promoted by talk show hosts and entertainers whose brands are tied up in the struggle for the control of party’s center of political gravity.

As the razor always suggested it would, the tea party movement has shed much of its noble purpose and finally become a racket.

The clear evidence for this comes in the fact that too many conservatives are unable to recognize what is happening around them: the most rapid, earth-shattering reversal of political fortunes in recent memory. Less than one month after the government shutdown, the political prospects of Democrats, which once seemed so buoyed by Republican tactical excess, are being overwhelmed by events.

Democrats are fleeing the president. Democratic congressional aides are telling the press that they will join the GOP in a legislative rebuke of the White House if they do not provide a stopgap measure to reduce the pain felt by Americans losing their health plans before Friday. Blue state Democrats are backing politically beneficial but probably unfeasible administrative fixes to the ACA – something, anything. Some liberal Democrats in Democratic states are even vacillating on whether or not President Barack Obama intentionally misled the nation when he originally pitched Obamacare.

This is a political calamity for the Democrats. It is the Fort Sumter moment in a Democratic civil war. The battles about to be waged are going to be fought over the deepest of deeply held convictions on the left: how best to reform the nation’s health care system. The solution to the country’s health care crisis on the left are as divergent and broad-based as any issue that divides the Democratic Party coalition. The seams of that rift are being exposed now by events, but that is not enough to ensure that this emerging problem becomes an intractable one for the president’s political party.

The Republicans have smartly stuck to the sidelines since the end of the shutdown. They have let this news cycle develop, let Democrats and their allies suck up all the oxygen as the crisis deepened and internal divisions metastasized. Now is the time to press their advantage.

Republicans pundits and politicians should devote at least a few minutes a day to highlighting the internecine conflict overtaking the Democrats. They should feed the media the narrative of the Democratic civil war – with those who value the party’s Senate majority on one side and a lame duck president concerned more with preserving his legacy than his party’s viability on the other. The civil war narrative on the left is, and always was, far juicer than the confused, trivial, multi-front skirmishes on the right. Once the civil war narrative takes hold, it will spread like cholera.

The press loves building up a hero almost – almost — as much as they love tearing that figure down. President Obama was that hero. He was the avatar for every progressive dream deferred. Today, those dreams are faltering. The president, and his namesake policy, must be strongly critiqued if those dreams are to remain politically tenable. The lawmaker class will begin this process but the press will see it through to its gruesome conclusion. They just need a bit of a push to get there.

Republicans of all stripes should be taking stock in their good fortune. Instead, far too many are focused on their own positions within the GOP hierarchy. It’s time to get the media to focus on the real story: the Democrats’ forthcoming struggle to preserve their party’s very viability against the hubris of one man.