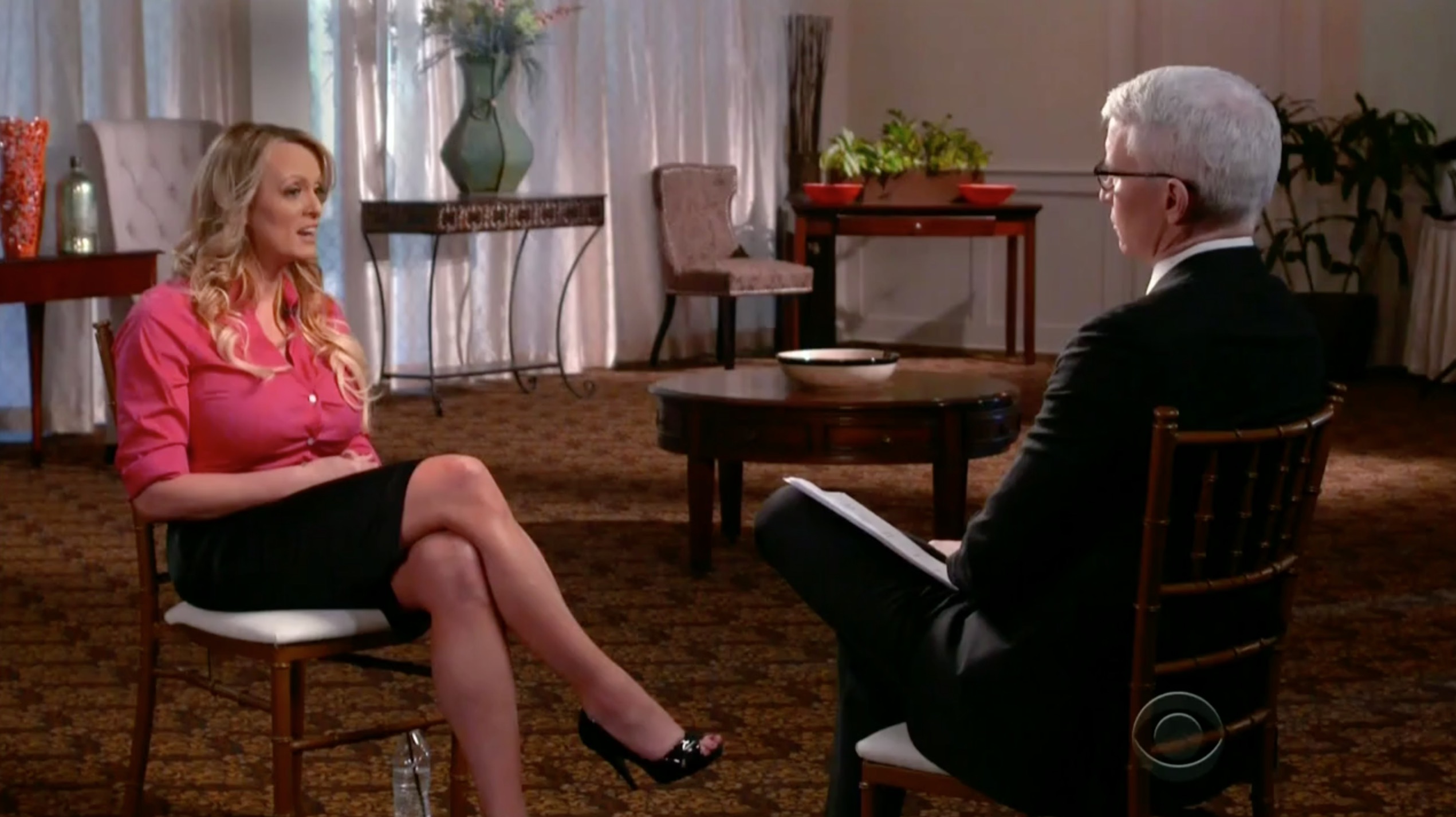 Last night, like millions of other Americans, I watched the 60 Minutes Stormy Daniels interview. It seems that, however, in comparison to most observers my expectations were rather low.

I went in thinking that the whole situation had been way over-hyped by her attention-seeking lawyer and that not much of anything new or important would be revealed. To be frank, the interview that actually aired seemed even less significant than I had anticipated.

To be clear, it is obvious that Daniels is telling the truth about her “affair” with Donald Trump. He is lying about his relationship with her, and the payment for her silence by his personal lawyer during the heat of the presidential campaign creates several ethical and legal issues.

Those things should absolutely matter, but, in the post-Trump era, they clearly no longer do. Therefore it seems kind of silly to pretend that we can suddenly revert back in time to an entirely different reality.

There was nothing in that interview which will do any lasting of real damage to Trump politically. Only his wife Melania can inflict significant punishment on him over this, and no one knows if she even really cares about any of it.

That, of course, does not mean that the news media in general, or 60 Minutes in particular, should ignore the story entirely simply because 35% of the country has shown that they will support Trump no matter what he is found to have done. But while doing the interview with Daniels was theoretically legitimate (though probably not worthy of so much hype), there seemed to be some significant problems with what they aired.

There appear to be three new elements of the interview which provided potentially strong news hooks (as opposed to those supposedly serious aspects which were just trumped up in order to justify a prestigious news show airing salacious details of the future president being spanked with a magazine with him on the cover). One deals with the alleged threat that Daniels and her daughter received from a mystery man in Las Vegas, who supposedly told her to keep quiet about Trump.

Daniels’ very detailed telling of the story is chilling, but the timing of it makes very little sense. This apparently happened back in 2011 after her first attempt to tell her Trump story to a tabloid magazine fell through. But if the story was then dead, and, more importantly, no one was thinking of Trump as a serious presidential candidate at that time, who would possibly have the incentive to make a possibly criminal threat to a woman they had never even met? Who would have the motivation to pay them to do something that that?

For the record, Trump’s attorney Michael Cohen vehemently denied that he had anything to do with this happening, and even questioned if it ever did, just after the program aired. For 60 Minutes to let Daniels make this allegation without even a name of a person, or any apparent evidence, was borderline at best. At worst it was a bit of a desperate move to reinforce the shaky news foundation on which the interview was built.

The second aspect of the interview with possible real news significance is whether the payment to Daniels was a violation of FEC campaign financing laws. It does appear that a pretty strong case might be able to be made against Cohen, especially if Trump never paid him back the $130,000 he paid to Daniels.

However, as the very similar John Edwards situation already revealed, this type of case is exceedingly difficult to prove and it is Cohen, not Trump, who would appear to be in the rather limited jeopardy that would come with such a conviction, assuming a case is ever even brought. This issue also felt like 60 Minutes trying to pretend that they elected to do this interview because it was very serious news, and not because of Daniels having really big boobs.

Thirdly, the specter of Daniels having incriminating images of the president was allowed to be thrown out in front of a huge audience, in an extremely self-serving manner, by Daniels’ lawyer without even a hint of substantiation, even from Daniels herself. Without Daniels at least being willing to say that she does possess such items (after only one sexual encounter?!) this is nothing but pure gossip and 60 Minutes should not have let themselves be so easily manipulated into airing it.

There is one other aspect of the Daniels interview which bothered me quite a bit. I believe her and I think her story is somewhat relevant (though not as much as fellow Trump mistress Karen McDougal’s story is), but I could not help thinking about all of the easy excuses that 60 Minutes and every other major media outlet would have come up with to rationalize ignoring her if they liked the president with whom she had the affair.

The justifications for the media to make-believe, if they wanted to, that she doesn’t exist would be endless. Therefore, it is much more difficult for me to take the media seriously when they simply disregard those suddenly inconvenient guidelines mostly because they don’t like this particular president.