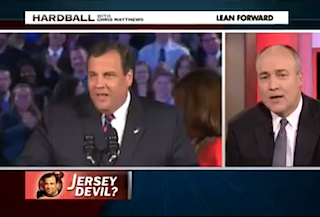 The executive editor of TIME Magazine appeared on MSNBC’s Hardball Thursday evening and attempted to defend the controversial Chris Christie cover that hit newsstands today. The headline, which reads “The Elephant in the Room,” has drawn criticism for too easily making a joke about the New Jersey governor’s weight. “What did you mean by ‘Elephant in the Room?'” Chris Matthews asked TIME’s Michael Duffy.

“Well, he’s obviously a big guy. He’s obviously a big Republican. But he’s also done a really huge thing here this week. He stood astride the Republican Party and said, ‘Stop. We don’t have to make our whole appeal about narrow base issues.’ And that campaign showed it with the demographics you talked about.

There’s another thing that’s really big about what Christie achieved in the state that hasn’t voted for a Republican two times in a row since 1985. He’s made his campaign, Chris, not really about issues but about sort of the cult of personality. He’s lifted himself beyond politics, into something of a kind of cultural figure here, the way Palin did, the way Clinton did, the way Bush even did at the start and said ‘I’m kind of past politics, I’m bigger than that. I’ll tame it when I get wherever I’m going. He even said it last night, because of who he is–brash, bold, bareknuckled–a different politician than we’ve seen from Republicans in awhile.” 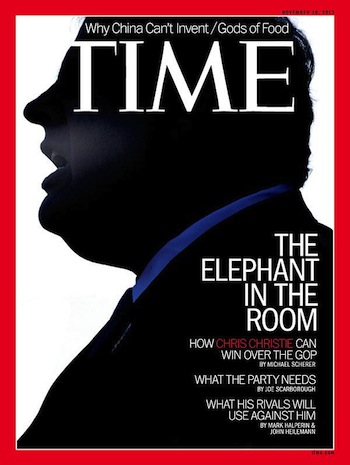 In case his viewers weren’t getting the picture, Matthews immediately followed Duffy’s speech by noting how Sen. Rand Paul (R-KY) is getting “smaller by the minute.”