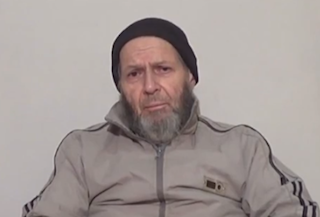 A 72-year-old government contractor who was kidnapped by al-Qaeda in Pakistan two years ago, released a video message Christmas Day, pleading with President Barack Obama to negotiate for his release. The video of Warren Weinstein was sent from an anonymous email to journalists at the Washington Post and contained the logo of As-Sahab, al-Qaeda’s media production outlet.

After explaining that he came to Pakistan to help the U.S. government “at a time when most Americans would not come here,” Weinstein says in the video, “Now when I need my government, it seems that I’ve been totally abandoned and forgotten.”

Weinstein goes on to make a direct appeal to the president, who he suggests should be able make “hard decisions without worrying about reelection” and instruct the proper U.S. officials to negotiate his release. “Mr. Obama, you are a family man,” he says, “and so you understand the deep mental anxiety and anguish that I have been experiencing for these past more than two years.”

In a statement, a State Department spokesperson said they are “working hard to authenticate” the contents of Weinstein’s message. They added, “We reiterate our call that Warren Weinstein be released and returned to his family. Particularly during this holiday season — another one away from his family — our hopes and prayers are with him and those who love and miss him.”

The Obama Administration has said it will not negotiate with al-Qaeda for Weinstein’s release.

Watch an excerpt of the video below, via CBS:

The full, 13-minute version is available at WashingtonPost.com.