Touré: ‘Partisan Media’ Will Link Violence To Verdict: ‘A Store Got Broken Into, That Was Related To Trayvon’ 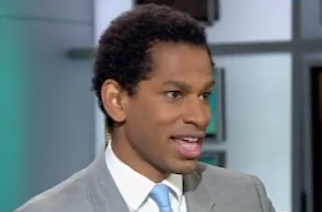 On a Melissa Harris-Perry panel Sunday morning, MSNBC host Touré wondered if the media would be so adamant to confirm their views of African Americans that they would link unrelated crimes to the response to George Zimmerman’s acquittal.

“How do you read this taking to the streets?” host Melissa Harris-Perry asked him. “Is it an expression of sadness, is it an expression of ‘We will keep moving forward,’ is it “I can’t stand to be alone in my apartment while this is happening, I must be with other people?”

“Different people are marching for different reasons,” Touré said. “It’s really valuable, obviously, that they were marching peacefully, in a disciplined way.”

He then excoriated those who had wagered that the African American community would respond to an acquittal with violence:

“I had zero expectation that people would be rioting. What a ridiculous right wing meme, that we are animals who would take to the street and loot in response to this. Talk about race-baiting. That is race-baiting. Using this sort of myth of our animal nature against us. We’re not shocked here. We are hurt. We are damaged. We are taken back to Emmett Till, taken back to Amadou Diallo, and on and on and on. But we’re not shocked. We all knew this was possible from the beginning. We waited forty-five days for an arrest. Surely we knew the not guilty verdict was possible.”

“What I imagine will happen,” Touré warned, “is this hyper partisan media divide we have—they will find some incident that has nothing to do with this and say, ‘Look, a store got broken into, that was related to the Trayvon Martin verdict.'”