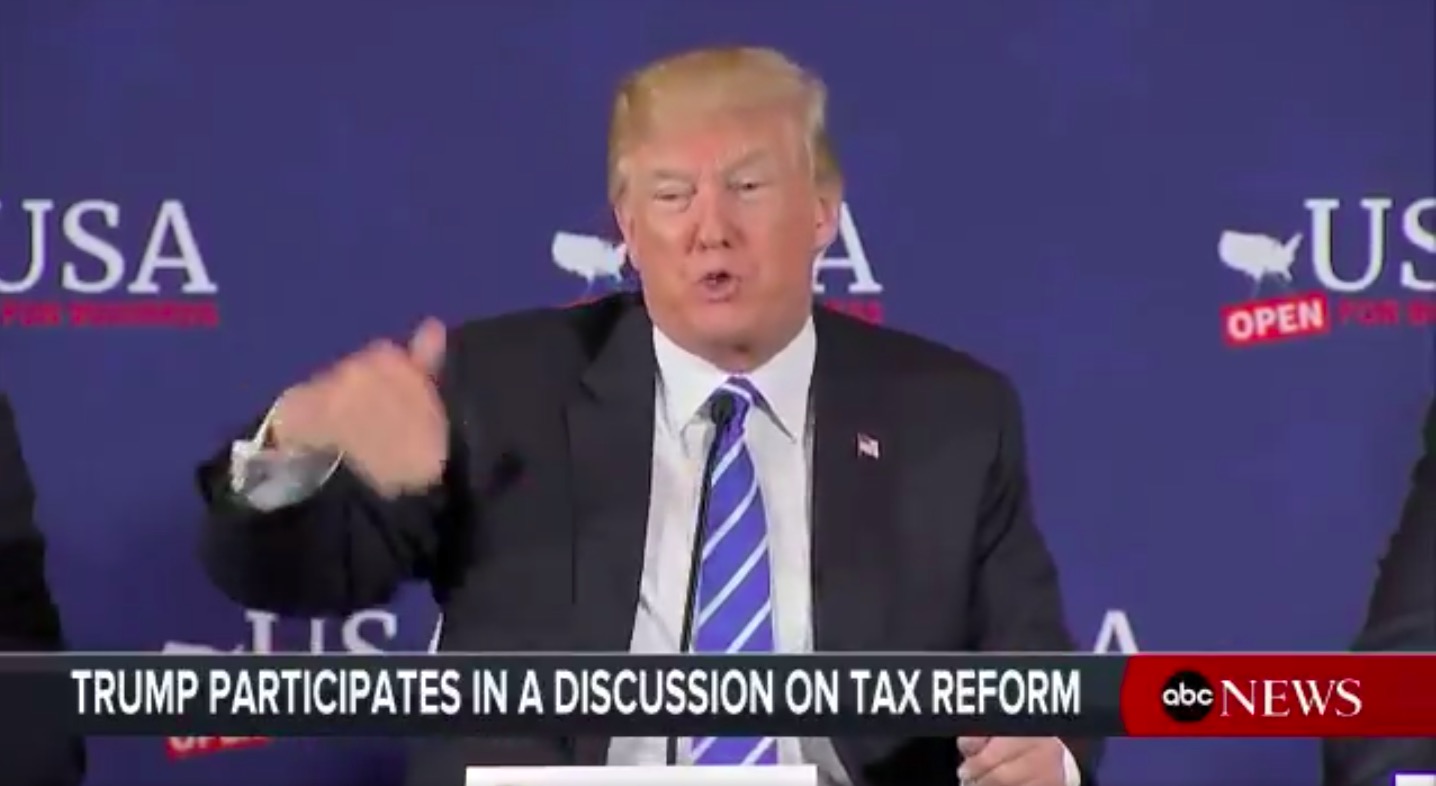 President Donald Trump threw away his prepared remarks at a Thursday event in West Virginia — no, really, he literally threw them away — and brought back some of his most classic off-the-prompter statements from the 2016 campaign trail.

Specifically, the president recalled comments he made about Mexican immigrants being drug dealers and “rapists” when announcing his bid for presidency in 2015. “Remember my opening remarks at Trump Tower when I opened? Everybody said, ‘Oh, he was so tough’ and I used the word rape,” Trump began. “And yesterday, it came out where this journey coming up, women are raped at levels that nobody has ever seen before. They don’t want to mention that. So we have to change our laws.”

Trump, at a roundtable on tax law, said that "women are raped at levels that nobody has ever seen before" in a migrant caravan heading to the US.

The president was seemingly referring to a caravan’s journey along the U.S.-Mexico border that has garnered media attention from TV networks. His comments indicated a deep unawareness of what’s actually happening, however: the caravan is an annual activist-led, pro-migrant trip from Honduras to the U.S.

Journalists documenting the journey, while simultaneously monitoring Trump’s remarks on Thursday, were forced to correct the president on Twitter and across the airwaves. “I’ve been with the caravan for 12 days,” BuzzFeed News reporter Adolfo Flores wrote, “and haven’t seen or heard of anyone being ‘raped at levels that nobody has ever seen before.’”

I’ve been with the caravan for 12 days and haven’t seen or heard of anyone being “raped at levels that nobody has ever seen before.”

As networks assessed the president’s latest divisive comments with reporters on the ground in Mexico, Twitter erupted in absolute shock that Trump would claim such bizarre falsities (almost as if this hasn’t already happened).

Trump says he was right to talk about immigrants and "rape," saying "they don't want to talk about that" (he doesn't specify who "they" are). He suggests lots of women on the caravan in the news are being raped.

FWIW – The caravan organizers have explained that the whole reason they're moving as a group is that it's safer for people to travel together.

Also, it's outrageous & disgusting that Trump is doubling down on demonizing & stereotyping Mexicans as rapists. https://t.co/0ZFkT03dC7 https://t.co/PseZXrijkE

Trump: Believe me, I know a thing or two about rape.

There goes @realDonaldTrump doing what he does best, spewing out lies and disgusting talking points to feed his repugnant base. What a gross, uncouth racist who is himself accused of rape. https://t.co/rNKTAfyqOj

Trump now talking about so-called "anchor babies" and immigrants who "rape" women at an event in West Virginia that was supposed to highlight the GOP tax bill.

The man accused of raping and sexually assaulting multiple women is blaming immigrants for the high levels of rape in the U.S… In all reality, it is men like YOU who are a disease to this country. Do not exploit rape victims to further your xenophobic agenda, @realDonaldTrump. https://t.co/iQBDTraTA9