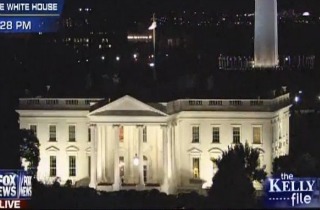 Military action against the Islamic terrorist network ISIS began late Monday night in the northern region of Syria, according to multiple news reports.

U.S.-led airstrikes in Syria started in the evening, Obama administration officials confirmed to Fox. The U.S. was joined in the airstrikes by five other Arab countries, Fox reported. The named by Fox were Saudi Arabia, United Arab Emirates, Bahrain, Jordan and Qatar.

No European allies are reported to be involved in this initial strike, according to Fox News.

Fox News correspondent Jennifer Griffin said that it is estimated that “upwards of 20 to 25” targets will be hit in the near future.

The Pentagon’s statement confirming the military activity via Sam Stein of the Huffington Post:

Rep. Peter King (R-NY) said on Fox News shortly after news broke of the airstrikes that it’s “really important” for the U.S. to support President Barack Obama “until ISIS has been devastated.”

NBC’s Luke Russert reported that House Speaker John Boehner was in touch with Obama earlier in the evening regarding the airstrikes.

Per Boehner Spox @michael_steel "The Speaker spoke with the President by phone this evening." RE strikes in #Syria #ISIS

Fox News aired what it claimed was amateur footage of the initial U.S.-led military airstrikes against the Islamic terrorist group ISIS in Syria.