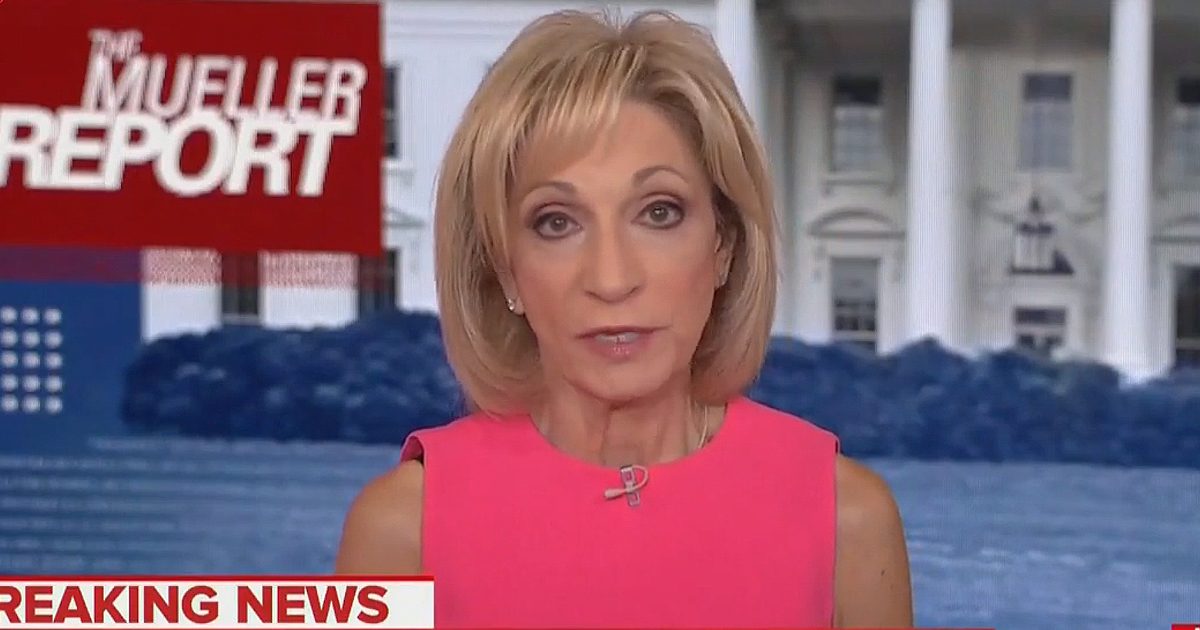 A pair of interviews by Andrea Mitchell from MSNBC’s Monday programming– less than 24 hours after AG William Barr’s memo on the Mueller report and only days after news there’d be no indictments –are especially revealing of just how little the media learned from the innumerable errors of the past two years.

First, her interview with Ben Rhodes, formerly of the Obama administration and current full-time critic of everything about the GOP and Donald Trump. Mitchell brought him on to (air quotes) analyze (end air quotes) and react to the news.

Rhodes first says he’d like to see what’s in the report before jumping to conclusions, then jumps with both feet to conclusions he already made two years ago: that the dots of the treasonous collusion theory connect.

“What do we know?” he asks rhetorically. “We know Russia intervened in our election to help Trump. We know that Trump associates were more than willing to solicit that help, including Donald Trump in front of the entire nation on camera. We know, as you said, that there were countless meetings with Russians that don’t normally take place during a political campaign, and we know that the president’s national security adviser and former campaign chairman have been charged, in some cases convicted of crimes, right?”

This is classic conspiracy theorizing. They had meetings, they like each other, they had the opportunity, therefore my conclusion must be correct.

Keep in mind, that during that litany, it was already known that Robert Mueller and his team of investigators had concluded that none of this constituted a criminal conspiracy. In a direct quote, the investigators explicitly state that no one “conspired or coordinated with the Russian government in its election interference activities.”

That isn’t just Barr’s summary, that’s the investigators. Yet Rhodes here just said “we know they were more than willing to solicit that help.”

Rhodes is literally on TV to comment about the fact that Mueller’s report said this. Yet he just brings up collusion like it’s a new idea and hasn’t been addressed.

Rhodes was there expressly to discuss the fact that the team charged with investigating every single one of his items found no conspiracy.

Yet he read off the list of those fully investigated items as if they are still open, un-examined questions.

Andrea Mitchell did not challenge him, she did not say that these are the very things that Mueller investigated and about which we already have his quoted conclusion. In fact, not only did she not correct him or object or press for details, the show had a handy graphic already queued up to go along with his remarks. 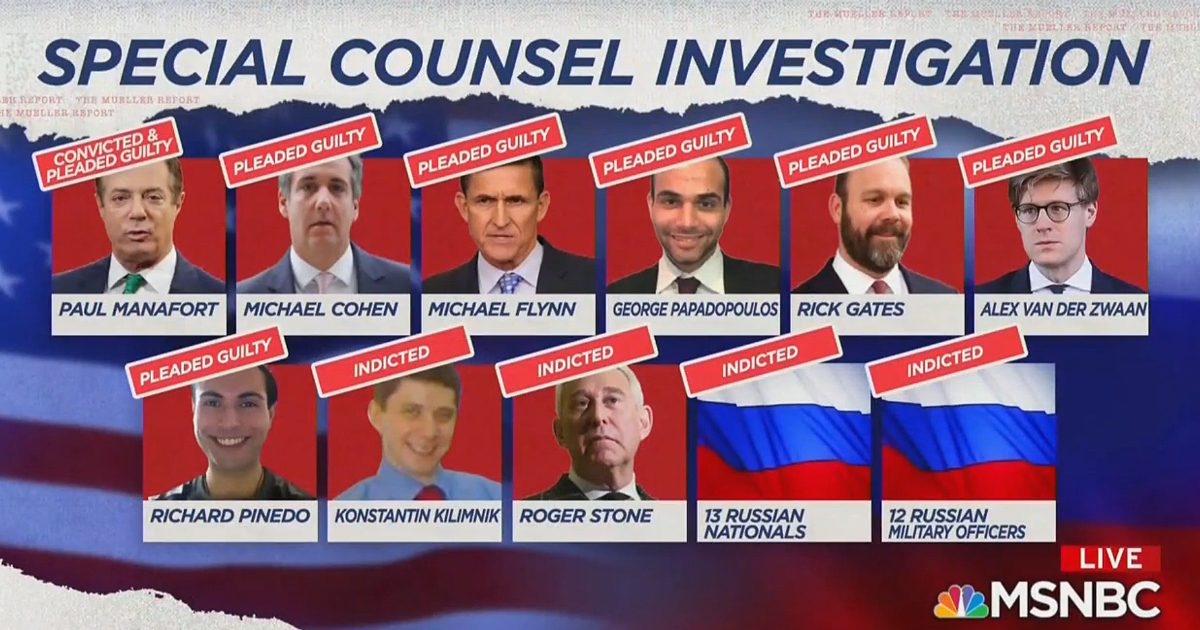 Rhodes then went on to say that “if you really cared about the security of the United States, you would be focused on that counterintelligence question.”

Is Rhodes suggesting that Robert Mueller doesn’t “really care” about the security of the country?

Even aside from the classic misdirect to complain about someone else‘s conspiracy theory, the sophistry here is remarkable. He has fully divested himself of the Mueller investigation. It doesn’t even matter anymore, because who cares if it’s criminal, it’s not safe or in the best interest of the country.

Like the “Loose Change” 9-11 truther video of many years ago, Rhodes presents his opinions and theories as if they are already presumed true, agreed-upon facts. That way, it becomes unnecessary to support or back up those opinions; he’s simply discussing them as if everyone agrees on them already.

Mitchell didn’t challenge him because that is essentially her network’s position. From the time of her interview and on through Morning Joe the next day, the implication has been that, because no one in the public is able to read the actual works in the Mueller report, the chief findings that there was no conspiracy by any member of the Trump campaign or administration, or indeed any American, is still somehow undecided.

“It’s hard to know from reading a four-page memo from William Barr what this report actually finds,” said Podesta, just as each prior guest and MSNBC analyst asserted. It’s important to keep the hope of guilt on collusion alive that they argue the report is an entire mystery. The bonus is that they get to imply, or explicitly state, that the attorney general is utterly untrustworthy and might just be outright lying.

Podesta offered his own list of suspicious circumstances, which are the blood of any conspiracy theory.

“We do know, that, as has been stated in your show, that the Russians did commit crimes in the United States, 26 Russian nationals were indicted by Mr. Mueller. We know there were over a hundred contacts between the Trump campaign and agents of the Russian government. We know that there were more than 28 meetings between the Trump campaign and Russian operatives,” he said.

Then the killing blow, a low-key dragging of Mueller himself. “We don’t know why Mr. Mueller reached the conclusion that he did not have enough evidence to form a criminal conspiracy, but there’s…we should know what his reasoning was about that, and I think it’s important that the Democrats on Capitol Hill press ahead to ask for the full release of this report.”

The real icing, though, is that he says we need the report so “the American people can form a judgment about what actually occurred in 2016 and what— what involvement the officials of the Trump campaign had with respect to that.”

That sentence is, again, a complete tossing of everything that has happened since Friday, and indeed in the investigation to date. It’s square one again. No one knows if Trump colluded, he says, and we need time to find out about that. Never mind the two-year special counsel probe.

Again, Mitchell doesn’t interrupt to say “actually the Special Counsel’s job was to investigate what involvement the Trump campaign had in the Russian effort, and concluded there was none, which part of the report is already public.”

She should have, but she did not. And that, along with the other items listed here, show not only what has been fundamentally wrong with coverage so far, but exactly what the press is unwilling to change. They don’t even know that it’s wrong.

Watch the clip above, courtesy of MSNBC.