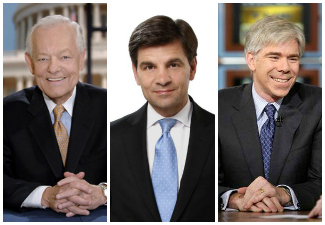 Obamacare has been a label with a mostly-negative connotation in the media, especially since its exchanges opened on October 1.

We all know the story:

– Upon launch, Healthcare.gov wasn’t remotely ready for primetime (or 3:00 AM)
– Three weeks in, the President nearly decides to shut down the site altogether and start over
– But…a tech surge is decided upon instead and a massive effort to fix the site ensues
– Despite improvements, enrollment continues to only edge along through January
– And then at the 11th hour—after an impressive push through alternate media and over 100 celebrities and athletes alike–the Mark Twain rule comes into effect:

“Never put off till tomorrow what you can do the day after tomorrow.”

The result? Thanks for a rush to the finish line, the law reportedly reaches the original goal set by the Congressional Budget Office of seven million enrollees by Monday’s March 31st deadline. The numbers aren’t official, but even getting close to seven million has to be seen as a victory by a President desperately in need of any good news around legislation that unofficially bears his name.

From a media perspective, the interesting part of the story now focuses on this coming Sunday morning. Given the last-minute signups, the successful PR campaign and (most likely) reaching the enrollee objective, Democrats running for or trying to hold on to House and Senate seats in the midterms will surely be accepting invitations to any Sunday morning talk show that contacts him or her. And why not? After taking verbal waterboarding from the GOP and its friends in the media for the past five months, spiking the football after such an unlikely comeback will never feel so sweet.

Except for one thing: It ain’t gonna happen.

Because for any Democrat — particularly those who voted for the law — to re-stamp their approval on Obamacare — or defend it –on national television will only make putting together campaign attacks ads for supporting the law that much easier for any GOP communications team.

But what about those great numbers around enrollment?

Unfortunately, the only numbers that truly matter are (A) How much more healthcare will cost for individuals and businesses across the country moving forward and (B) How many of those who were uninsured prior to the law are now covered.

In terms of costs, the fact is that insurance companies across the board are going to lose money over the next year under the new law. “On a year-over-year basis on our exchanges, and it will vary by carrier, but all of them (premiums) will probably be in double-digit plus,” Wellpoint’s Ken Goulet, an executive vice president for commercial and specialty business, told Bloomberg News (Note: WellPoint is the largest commercial insurance company in Obamacare exchanges thus far). Even Kathleen Sebelius stated premiums will go up during a hearing on the subject three weeks ago. Higher premiums are akin to raising taxes, which is never a good thing for the party seen responsible in an election year.

Democrats running this year see the writing on the wall: Seven million enrollees doesn’t mean a thing if premiums are increased as drastically as expected…especially when the President promised publicly on multiple occasions that the Affordable Care Act will “lower your premiums by up to $2,500 per family per year.” Expect to hear that quote in attack ads from now until November 4th.

As for those previously uninsured, a generous number would be two million people who didn’t have insurance before now do under the law. But at what cost? According to the Huffington Post, the total number of uninsured in the U.S. was an estimated 48 million before Obamacare was implemented. To that end, here are the type of questions Democrats will hear on the campaign trail from the media and in debates over and over again leading up to November:

Does providing for two million people (again, a generous estimate) and still leaving 46 million behind worth all the cost to small businesses and individuals?

How about the millions of cancelled policies that have resulted from the law?

Why is the Administration kicking the can down the road beyond this election when it comes to enforcing the individual mandate?

What do you say to those folks who can no longer see the doctor they were comfortable with and liked?

These questions just won’t be coming during the campaign, but on every Sunday talk show from ABC’s This Week to NBC’s Meet the Press to CBS’s Face the Nation to Fox News Sunday to CNN’s State of the Union. That’s why you may see a Debbie Wasserman Schultz here, a Zeke Emanuel there, even a Kathleen Sebelius (provided she doesn’t become speechless again) this Sunday morning.

But a Democratic candidate fighting for his or her life in the midterms?

Republicans — in turn — will rightly be asked to provide their alternative. They better have some ready (tort reform, buying insurance across state lines to drive down cost via competition, for example). Reaching across the aisle to keep two of the only parts of Obamacare worth saving (by embracing coverage of pre-existing conditions and staying on a parents’ plan until age 26) would be a good idea as well. As Mitt Romney learned when it came to challenging Mr. Obama on the sluggish economy in 2012: You can’t just point out everything wrong with something…you need to provide bullet-point solutions that fit into sound bites as well.

Obamacare had a comeback this week.

You’ll hear a lot today about seven million enrollees. A lot about a unique and effective PR push through Hollywood and alternative media to get people signed up.

Both will and should be applauded.

But for all the aforementioned reasons from higher premiums to 46 million still uninsured, Democrats will still be running away from the ACA.

All starting with some notable no-shows this Sunday.