Correspondent Under Fire From Feminists After Calling Hillary’s Tone ‘Shrill’

Correspondent Under Fire From Feminists After Calling Hillary’s Tone ‘Shrill’ 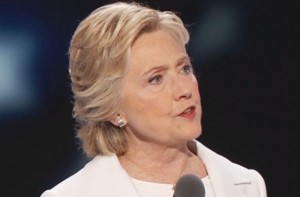 A BBC radio correspondent is under fire after making a comment that Hillary Clinton‘s tone is “shrill.” HuffPost UK reports that presenter James Naughtie was talking about Clinton at the Democratic National Convention when one of the presenters asked if she had a “woman problem.”

“She does. There’s something about her which puts some people off. It’s partly the history. It’s partly the slightly shrill tone which she tends to adopt sometimes in speeches,” Naughtie said.

Fascinating how invested many men seem to be in Hillary Clinton having a shrill voice – her voice is pretty deep tbh https://t.co/4WJLkiQHxE

I was beyond disappointed yesterday to hear James Naughtie describe Hilary as shrill on @BBCRadio4 Today https://t.co/xfEgr5os0P

Jim Naughtie, ‘shrill’ is a sexist term. Do not use it. Women have higher pitched voices. No. Big. Deal. #radio4today #everydaysexism

The Huff Post got a statement from a BBC spokeswoman who said the BBC presenter was“conveying in his commentary and analysis the perceptions of Hillary Clinton by US voters.”