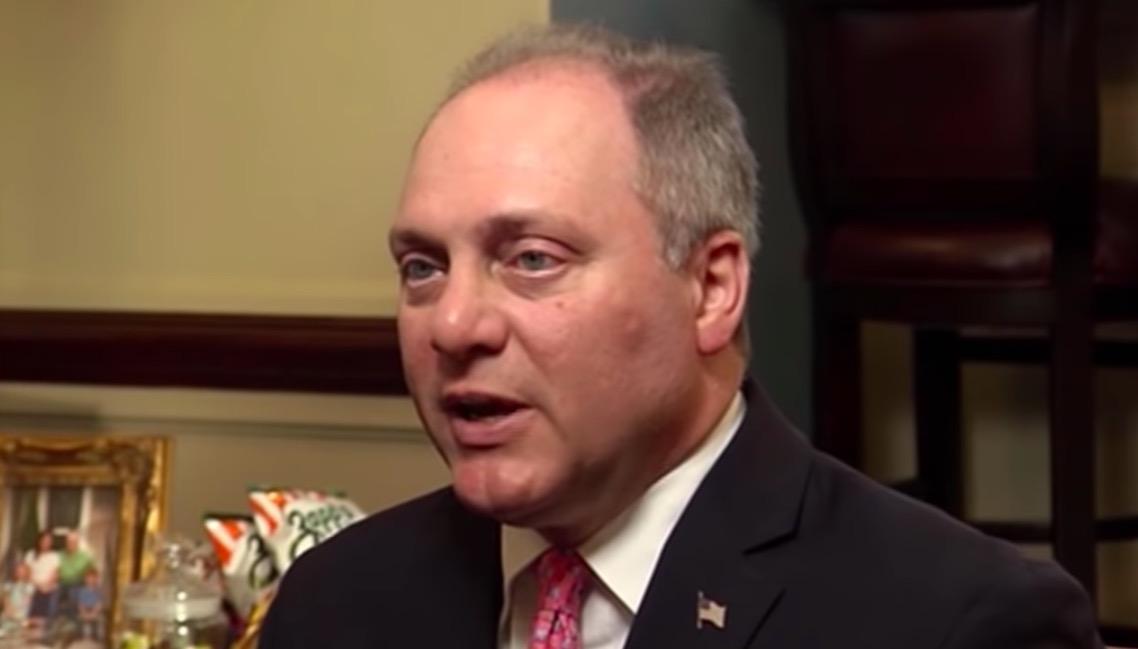 While Democrats on the committee support the subpoena, it was actually Sen. Richard Burr (R-NC) who requested the eldest Trump son to appear before the committee — where the minority party Democrats do not have the power to subpoena.

Amazingly, Scalise began his since-deleted, misguided attack on Democrats by writing “you can’t make this stuff up.”

“Democrats are subpoenaing @DonaldTrumpJr based on the testimony of Michael Cohen — a man who lied to Congress multiple times,” the Louisana Republican tweeted this morning. “This is how low they are willing to sink to harass @realDonaldTrump & his entire family. The #MuellerReport is done. Move on!”

Scalise followed up the deleted tweet by claiming to Politico reporter Jake Sherman that the post was mistakenly shared by a staffer.

This tweet — Scalise seemingly blaming democrats for the DJT JR. subpoena — was a staff error and has been taken down https://t.co/yfIl19Ls2U

Scalise was not the only Republican lawmaker to direct their misguided rage at Democrats.

“The Mueller report cleared @DonaldJTrumpJr and he’s already spent 27 hours testifying before Congress,” Sen. Thom Tillis (R-NC) tweeted yesterday, adding that “Dems have made it clear this is all about politics” even though a GOP colleague from his own state, Burr, issued the subpoena.

“It’s time to move on & start focusing on issues that matter to Americans,” he added.