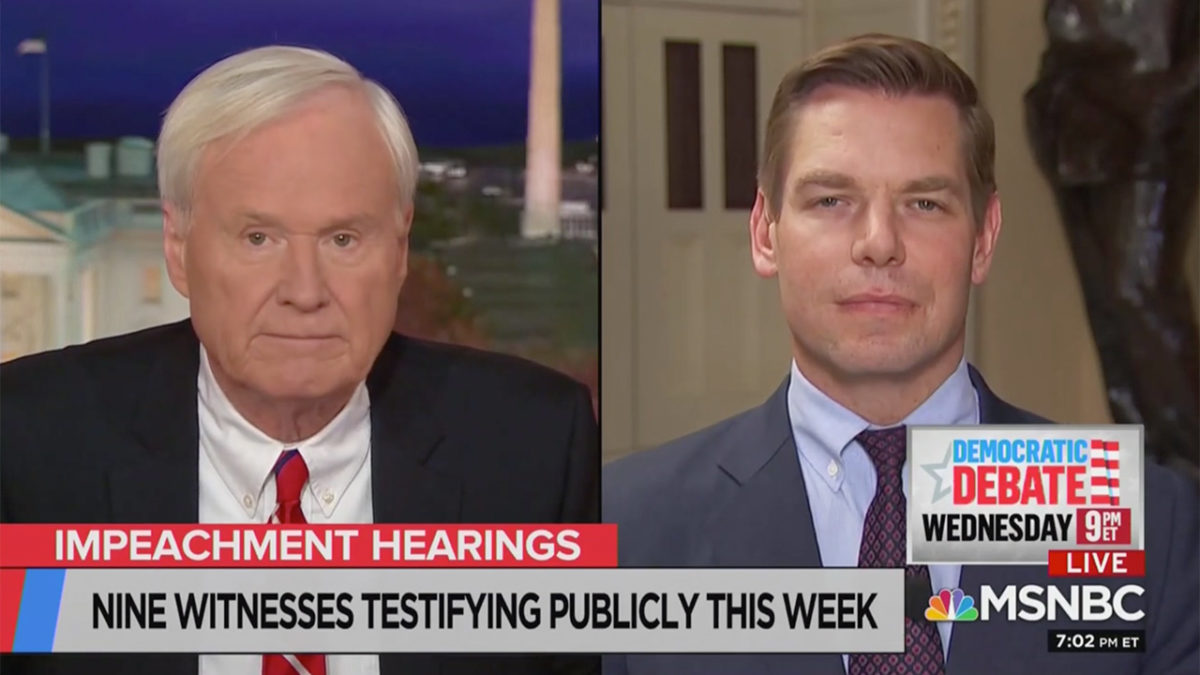 There’s a lot going on in the news, but you’d better believe that someone ripping a massive fart on MSNBC has ended up taking over Twitter on this weird Monday night. Hell, as of this post, #fartgate is trending on Twitter.

Either Chris Matthews or Congressman Eric Swalwell farted a few minutes into tonight’s Hardball. Swalwell is denying it was him, but you know what they say about those who denied it.

Whatever the case, everyone on Twitter has come together for something people of all political stripes can enjoy: laughing at farts.

Here’s the thing. You can’t get that sort of volume without effort. That was a “bro, check this out” kind of fart. Wouldn’t Swalwell have been trying to hold it in while on camera?

No matter how famous you are, you will never compete with cheeky Eric Swalwell's MSNBC flatulence, which is now trending on Twitter.

A fart is trending.

We must get to the bottom of this scandal.

OMFG stop. If you people can't laugh at a fart, I don't know what the fuck is wrong with you. The only thing objectively funnier than farts are dick jokes. #hardballhttps://t.co/uwjIMwXzO7

Has a case been put forward as it why it’s not Matthews instead of Swalwell? https://t.co/wrKTNq2a3n

Watched this at least a dozen times now and I’m convinced it’s Swalwell. His pause is too perfectly timed. https://t.co/QF5W98YXhy

Swalwell sounds like he just shit his pants on television. #fartgate https://t.co/yz78fhx6BZ

This is how liberty dies. With thunderous farts. #fartgate

This is the greatest and if it doesn't make you laugh I give up https://t.co/IjHIh3yX6J

Then you get nights like this, where you log on to find everyone fighting over who farted on MSNBC, and suddenly twitter doesn't seem so bad anymore

Snopes is seeking the identity of the "whistleblower." https://t.co/b84Xb1ndD8