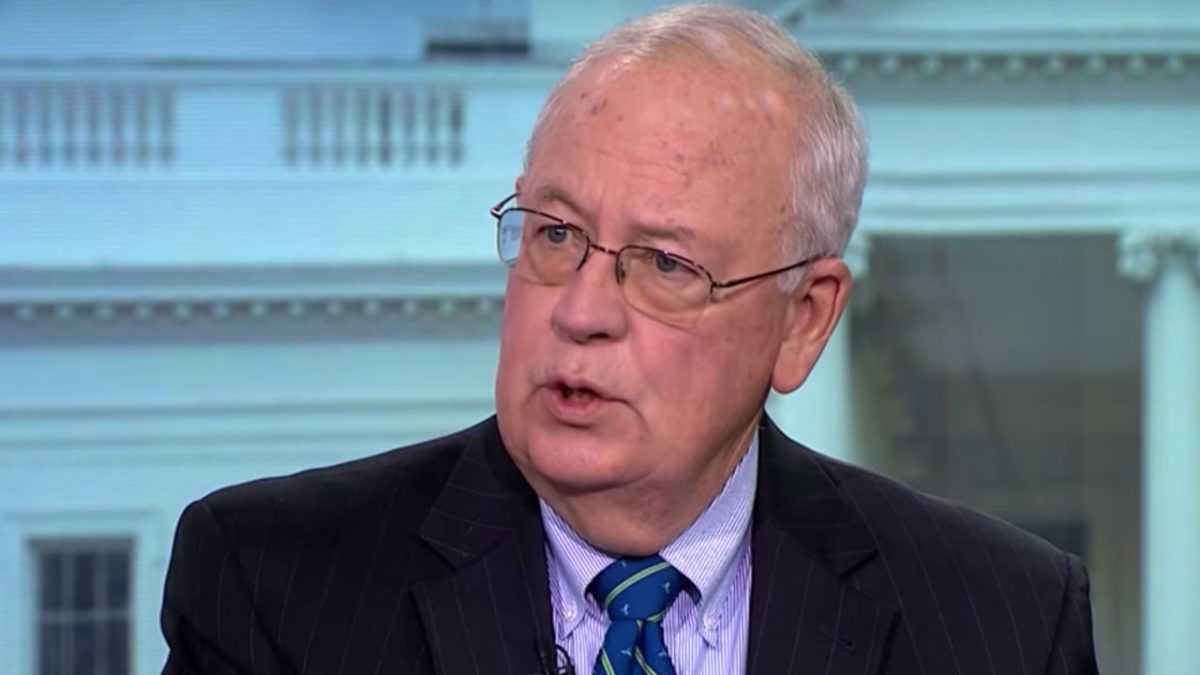 On Thursday evening of this week, I went to the magnificent Ronald Reagan Presidential Library here in Southern California to hear a presentation from former Special Prosecutor Ken Starr. He was there to speak about his new book Contempt, which details his investigation into Bill Clinton that eventually led to the president’s impeachment, and the loss of his law license.

Having already interviewed Starr extensively, in person, back in 2006 on my old Los Angeles radio show, I wasn’t there to learn anything new about the Clinton saga. Instead, I had a very specific question I wanted to ask him about a position he has taken regarding President Donald Trump’s possible impeachment.

My request for a formal interview had been declined, for some unknown reason, by his publicist, so I knew my only opportunity would be to wait until the public question and answer period at the end of his appearance. Before I eventually got that limited chance, however, several other things happened that I found quite extraordinary.

For context, the crowd of several hundred people was of a very particular demographic. They were old, white, Reagan loyalists, who appeared to be rather well educated and were mostly dressed in suits and dresses. There were no red MAGA hats and very few, if any, blue jeans at this gathering.

I was curious as to how this particular group of conservatives would react to any references to Trump, especially in relation to the possible consequences for him in light of the Robert Mueller investigation into Russian meddling in the 2016 campaign.

After three years of watching every element of the Republican Party be systematically coopted by Trump, I thought I had lost the ability to be shocked by this maddening phenomenon. I was wrong.

It wasn’t the cheering every time Starr condemned Hillary Clinton (which surprised me) though it was weird that she was the subject of far more of his “contempt” than her husband who, bizarrely, was barely mentioned the entire evening. Nor was it the applause that erupted over hearing Starr’s theory of the quarter-century old suicide of former Clinton aide Vince Foster (to the delight of the crowd, he basically blames Hillary). Instead it was the reaction to things Starr said about Trump which had me concluding that the transformation of even apparently rational and principled conservatives into Trump “Cult 45” zombies was now complete.

Specifically, when Starr made the — seemingly hypocritical — argument that Democrats should not impeach Trump without a supermajority in the Senate (so that conviction is possible), the audience roared their approval. But when Starr also said, while seemingly referring to Trump, that no president is above the law, there was literally only one person who clapped, a reaction of which Starr even made light. Similarly, there was only silence when Starr made the argument that a sitting president could in fact be theoretically indicted.

His assertion that Democrats should not impeach Trump without a supermajority in the Senate was so incredibly odd to me (given that he had urged the House to impeach Clinton without Republicans having a supermajority), that it actually forced me to alter my strategy when I finally got a chance to ask my question. At the last moment, I decided to ask a two-part question, first getting him to clarify whether he was really saying that Republicans should not have taken his recommendation to impeach Bill Clinton (the “video” is awful, though the audio is good, because I was uncertain whether recording the event was even allowed).

Basically, Starr said that he agreed with the Republican decision to impeach Clinton (it should be pointed out that there were some Democratic votes in the House for that as well), but that he wishes there had been another alternative, like “censure,” instead of going through a sham trial in the Senate. With that out of the way, I then made the inquiry which had caused me to make the trip to Simi Valley in the first place.

Starr has been rather dismissive of the theory that Trump could be impeached for obstruction of justice due simply to his firing of former FBI Director James Comey. This was troubling to me on multiple levels, especially given the nature of the obstruction charge that Starr had levied against Clinton, which included a conversation that Clinton had with his secretary Bettie Currie that, to me, was remarkably similar to those Trump apparently had with Comey before he fired him.

I asked Starr to explain how Clinton effectively telling his secretary to lie about his interaction with Monica Lewinsky could be impeachable, but Trump telling Comey to go easy on his former National Security Adviser Mike Flynn, and requesting his “loyalty,” is not. His response, that Trump could fire Comey for virtually any reason he wanted, greatly pleased his pro-Trump book buyers, but left me thinking that Starr has catastrophically, and perhaps on purpose, missed the whole point here.

I agree that, in theory, Trump’s firing of Comey (which he told Lester Holt was over Russia) is not inherently an impeachable act of obstruction of justice. However, and I cannot overstate the importance of this distinction, the firing of Comey is what proves that Trump’s prior conversations with the FBI director were indeed obstruction of justice.

Say you are in a marriage where you suspect that your spouse is cheating on you with a specific person, but you can’t be sure. Then your spouse divorces you and immediately marries the person with whom you suspected they were having an affair. The divorce (Trump firing Comey) and remarriage then obviously becomes excellent evidence of the affair (obstruction of justice) you had previously only suspected.

Similarly, once Trump fired Comey it became very clear that when he urged Comey to go easy on Flynn and demanded his personal loyalty, that he was indeed obstructing justice. Unfortunately, given the extremely limited circumstances of my question, I did not get to follow up with Starr about why he is looking at the Comey firing in a fashion which is far too narrow.

Hopefully (I doubt it), someone else in the media can pick up this topic with Starr. It could end up being critically important because once Mueller’s investigation is complete, there is no doubt that Starr will have a lot of credibility on the right should he attempt to diminish the findings.

Given the nature of his target audience that I witnessed first-hand, there is no doubt that Starr now has a very deep financial interest in giving Trump supporters and the state-run “conservative” media exactly what they want to hear. Hopefully, he won’t give in to that conflict. But based on what we have witnessed over the past three years the odds are, sadly, very much in favor of that happening.