If BuzzFeed’s ‘Bombshell’ Is ‘Not Accurate’, Then Why Did Cohen Lie to Congress about a Trump Tower in Moscow?
Opinion

If BuzzFeed’s ‘Bombshell’ Is ‘Not Accurate’, Then Why Did Cohen Lie to Congress about a Trump Tower in Moscow? 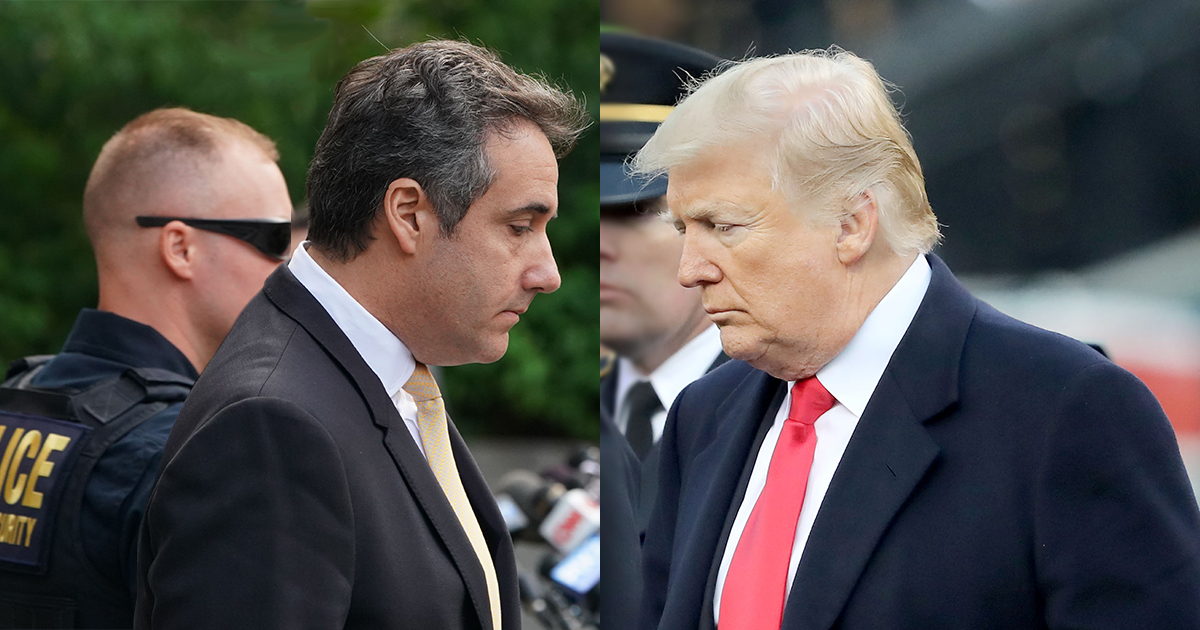 President Donald Trump’s string of amazing luck — his imitation of the Road Runner continually escaping from the media’s Wile E. Coyote — continued late Friday when Robert Mueller took the all too rare step of contradicting BuzzFeed’s “bombshell” report. In less than 24 hours, Trump went from being certain to be impeached (though probably not removed), to declaring total victory over the “Fake News!” media, which has been fecklessly incapable of making anything stick to him.

Like most pundits I originally thought that, while hardly proven to be true, the BuzzFeed article appeared to be sound, and that Mueller must have extremely strong evidence that Michael Cohen lied to Congress at Trump’s direction. Part of why the story seemed solid was that, unlike with what happened recently with a dubious McClatchy report claiming Cohen (or at least his cellphone) was in Prague in 2016, neither Cohen himself, nor even his former lawyer, had made any effort at all to discredit the story.

But then, rather belatedly, Mueller dropped his extremely short but devastatingly cutting statement calling a key part of the report “not accurate.” This effectively knifed the entire piece, at least in the perception of anyone who supports Trump in the slightest, handing him a huge victory out of what appeared at first to be a devastating defeat (It sure is weird how Trump and his “Cult 45” were so eager to take Mueller at his word, isn’t? It’s almost like they don’t really think that he is untrustworthy, or leading a “witch-hunt”!).

For their part, BuzzFeed is not backing down from their story, and it very well may turn out that they are at least somewhat correct in the essence of what they published (it seems quite possible that the primary quibble Mueller has is the strength of the documentation behind the allegation Trump suborned Cohen’s perjury). But because we live in a world where perception rules everything, that does not matter, and, for all intents and purposes, the story has been “discredited.”

While Mueller would not have taken such an extreme public measure (why his office couldn’t have given BuzzFeed at least an off-the-record heads-up is beyond me) unless there is indeed something wrong with the report, it simply doesn’t make much sense that it is actual “Fake News!” In fact, one of the biggest elements of this larger story, which has been largely ignored by the news media, is that there seems to be no alternative explanation for why Cohen decided to lie to Congress in the first place.

There appears to be an extreme lack of critical thinking regarding the unique nature of Cohen’s perjury, to which he has already pleaded guilty. This was not a simple denial of something potentially illegal that he had done, about which he would have a potential self-interest to lie, even under oath.

Instead, this was him, the president’s personal lawyer, lying, very specifically, about when the attempt to build a Trump Tower in Moscow ended. Cohen claimed to Congress that it was at the very beginning of 2016, but it was later proven (and possibly bolstered by Trump’s own written answers) that this effort was active until at least June of that year.

People need to look at this from Cohen’s perspective given the facts when he testified, as he was still very loyal to Trump, who was already president, at that time. For one thing, there is absolutely no indication that he had personal liability should he have testified truthfully that the Moscow project ended in June.

So then why would he perjure himself to Congress in that situation? This make no sense at all, especially given that, even if he bizarrely decided to lie about this on his own in a rouge attempt to protect Trump from an embarrassing political revelation, he had to know that he would be contradicted by Trump, Trump’s son (who, it should be pointed out, vaguely testified in a manner consistent with Cohen’s perjury), and potentially others who were going to be questioned by investigators. If he assumed that they were all going to tell the truth about this matter, he was basically putting himself in extreme legal peril, for no apparent reason.

In other words, unless Cohen thought that everyone else was going to lie about the timing, it was absolutely asinine (even for a guy of limited intelligence like Cohen) for him to commit perjury over an issue where he personally had no initial jeopardy. But then there is also the nature of the lie itself which makes the idea that Cohen did this on this own particularly inconceivable.

Lying about a timeline obviously makes it particularly paramount to coordinate the lie with others. It is easy, for instance, to decide, or even guess, that you should simply deny something happened to protect others, but changing a very specific date from June (when the infamous Trump Tower meeting happened and Trump was the presumptive GOP nominee) to, conveniently, just before the primary campaign technically began, clearly requires at least some coordination.

So, regardless of the accuracy of Buzzfeed’s story, we are still left with the question of where in the world Cohen would get the idea to lie to Congress about the timing of an event in a way which apparently only benefited one man. “Occam’s Razor” screams that, being the simplest explanation, the most likely answer to that question is that the only man who benefited from the lie, a man who just happened to be in a position of extreme power, was the one who directed him to testify that it was January instead of June.

Until Mueller specifically says otherwise, I am still believing that man was Donald Trump. I am eager to see if Trump and his cult will be as accepting of Mueller’s pronouncements should he ever be able to confirm that strong suspicion.