Is No One Seriously Concerned About Media’s New Standards on Reporting Abuse Allegations?
Opinion

Is No One Seriously Concerned About Media’s New Standards on Reporting Abuse Allegations? 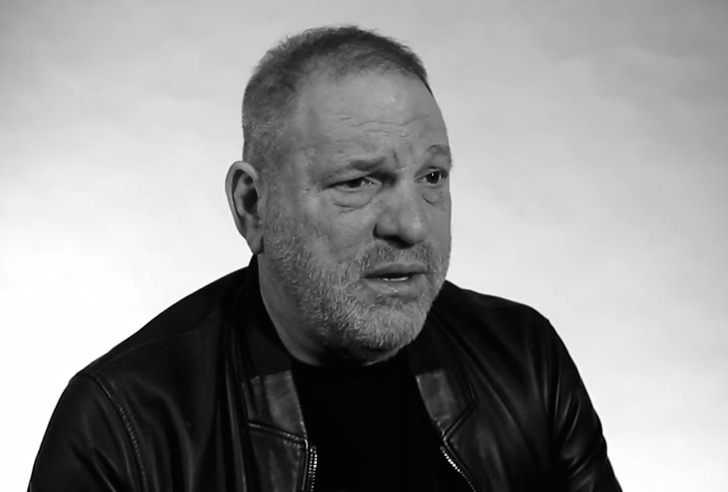 The ripple effect of Harvey Weinstein finally being exposed as, at best, a sexual pervert/harasser, and, at worst, a rapist, has been the most astonishing development in the news media in recent history (non-Donald Trump division). Literally dozens of high-profile, almost exclusively unattractive white-male members of the Hollywood/Media elite, have been accused of various forms of heinous sexual abuse, with several very significant careers going up in flames like something in the path of a later summer California brush fire fueled by the Santa Ana winds.

Knowing how incompetent and corrupt I believe most of the news media is, I get extremely nervous when a story like this gets legs so strong that facts and logic are often left in the dust. At a certain point, when critical mass is reached, it is very easy for very dangerous new “rules” to be set and for innocent people to get badly damaged.

It sure feels like we are reaching that stage of this seemingly never-ending “sex abuse” news cycle. On Friday night, the top eight stories on the USA Today website dealt with different allegations of sex abuse, and on Saturday the New York Daily News put eleven of the accused on its front page with the headline “Perv Nation” (it should be noted that about the only thing they had in common, other than being almost all white males, is that not one of them has yet to be charged with a crime).

Part of why I get anxious in these situations is that I know that no one in the media has the guts to roam outside of the herd on a story like this one which is so toxic that one small misstep can easily result in being run over by the thundering stampede of “virtue signaling” cowards. Therefore, no one wants to be the guy (especially if they are a white man with no “PC protection”) who warns about all of the bad precedents that are now being set on an almost daily basis.

To be clear, none of the most widely reported high-profile stories of abuse have, at least so far, provoked my internal BS detector to go off. Heck, many of them have been, at least in part, substantiated by the accused themselves. Also, my concerns are not directed in any specific way towards the Roy Moore controversy in Alabama, which is based on a charge which I believe to be essentially true, and also relevant because of the public office for which he was favored to win before the story broke.

But in a very real way, Moore is the exception here that proves that something has gone awry with how the news media handles these situations. How the heck did we suddenly get to the point where a 36 year-old, unsubstantiated and denied allegation against an irrelevant former minor character on Star Trek is legitimate fodder for significant news coverage?!

I have absolutely no idea if the charge being made against George Takei is true or not. However, using his situation merely as an example, I do know that if a month ago his accuser had contacted The Hollywood Reporter and told them his story, that the chances are good that they wouldn’t have even considered reporting it (especially since he happens to be gay).

Why? Well, first there is very limited evidence that this actually happened and it is inherently an impossible charge to disprove (especially when political correctness is now deeming almost any attempt to do so to be “victim shaming”). A very short time ago it was understood that publishing such allegations from so long ago, no matter how believable, was opening up a very perilous can of worms.

The other aspect of a story like this, which used to matter in the “olden days” of September 2017, deals with the utter lack of public relevance. Takei is not even currently starring in any sort of major media project, nor in a position of power at a significant business. There is no criminal case against him, nor even a lawsuit. He isn’t even “famous,” except for within the cult of “Trekkies.”

The entire premise of the reports about him and others in very similar circumstances seems to be the bizarre concept that, thanks to Weinstein, anyone remotely connected to the “establishment” entertainment/media industry is suddenly fair game, even if the allegations against them originate a full generation before these stories started to break.

The most peculiar element of all of this to me is that the news media looks to be judging whether to publish allegations based almost entirely on the level of fame obtained by the accused. They also appear to have drawn a weird line around the entertainment industry to begin with, as if all these situations are somehow connected, or that there is something unique about that business.

I am quite sure that male bosses in other industries have also been using their power to coerce subordinates into sexual situations, so why haven’t we heard about more about those allegations? I can imagine news reporters now taking calls alleging old abuse against some unknown persons without any real public power and telling the accusers, “sorry, please call back if you ever get abused by someone at least marginally famous.”

Is abuse any less harmful to the waitress being put in compromising situations by customers at a Hooters restaurant? It sure seems like these stories are still ignored mostly because no one really cares, or is remotely surprised, if, for instance, the local strip club owner is harassing their employees. Basically the media is saying, “look, we can’t possibly handle all of these stories, so were are only going to go with the ones we think people will believe and that will get ratings.”

Other than concern for innocent people being inevitably caught up in the tidal wave of this current borderline hysteria, my primary concern is that I really like to know what the rules of any situation are (not specifically for me, as I am married with small kids, and therefore no longer think about sex). It seems very clear that, as we speak, those rules are dramatically changing and no one seems to know what they are anymore.

Shouldn’t we at least take a step back and think about where this kind of chaos could easily soon lead us?