Kavanaugh’s Accuser May Be Telling the Truth, But There Are Still Big Problems with Her Story 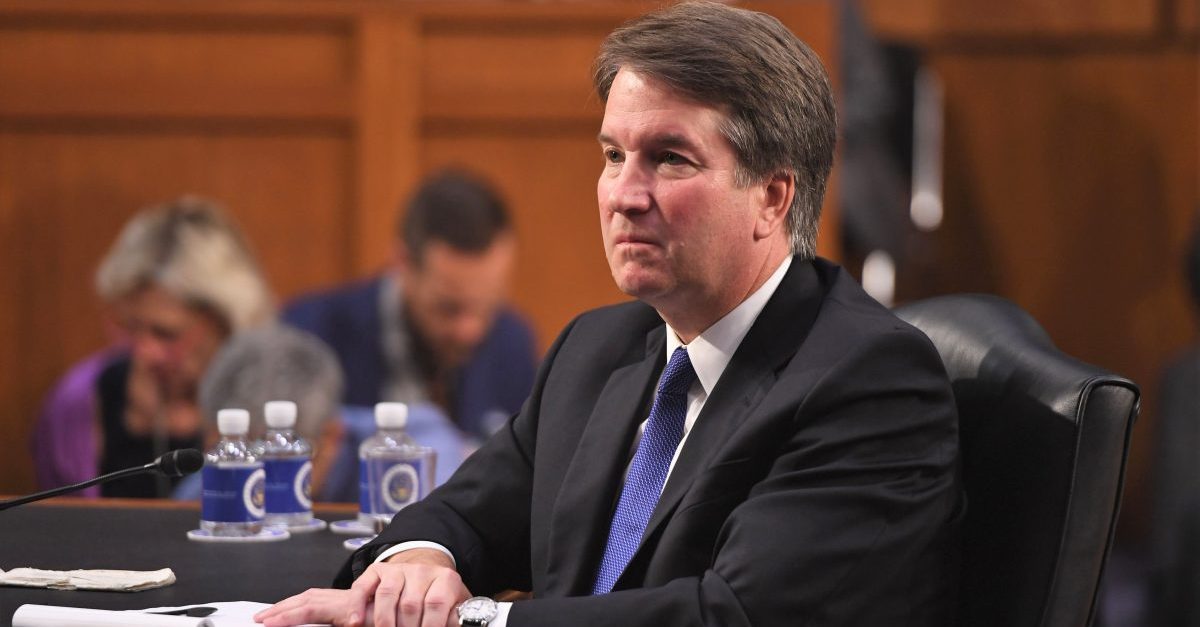 Now that Christine Blasey Ford has come out as Brett Kavanaugh’s high school accuser in the pages of The Washington Post, and Republicans have lost the strongest argument for ignoring the allegation (her remaining anonymous), it is possible to at least start to evaluate the validity of her claim. While we obviously don’t have all the facts as of yet (do such things still matter in this era of instant analysis by the Twitter mob?), we do have enough information to examine what is really going on, and where this is all likely headed.

Even to a skeptic of some elements of the #MeToo movement, there are parts of Ford’s story which appear to be highly credible. She has intricate details and she told her therapist about the alleged episode well before Kavanaugh was a nominee to the Supreme Court. She may have even told her husband about it years before she told their therapist. She also apparently recently passed a polygraph test about her allegation, which seems to prove for sure that she believes that this really did happen.

If true, the allegation is disqualifying for Kavanaugh not just because of the assault, but also because it means he would have lied about it several times, including under oath. However, there are several major problems with her story which I fear the media, having created unfair new rules for evaluating these types of claims in the #MeToo era, are going to disregard.

First, there is the purely political angle of this saga. Senator Dianne Feinstein’s handing of Ford’s original letter — which sure reads to me like someone who is very willing to tell their story — seems very suspicious and may have been planned as an ingenious way to put Republicans in an impossible position. The fact that both Ford and her lawyer appear to be extremely liberal is also a relevant, though hardly a determinative reality.

But the far more significant issues with Ford’s claim involve the things her story currently lacks. These are elements it probably should have, especially if she is asking us to kill a Supreme Court nomination, at the last possible moment, based on an allegation that is almost forty years old. Here is a partial list:

It is the first of these items that, at least for me, is by far the most troubling. No, I do not expect victims of sexual abuse to know the exact time of an assault many years later (though lots of abuse victims have no absolutely problem with such vital details). However, not even being able to come up with the year or the location of this episode creates at least three potentially significant issues.

The first is that this brings into question the validity of Ford’s decades-old memories, which are notoriously unreliable for all humans under the best of circumstances. If she can’t remember the year and the location, how can we be sure that she is remembering the other critical details correctly?

Secondly, especially in the #MeToo era, the only airtight defense a man can make is that he was not there on that day. When you can’t give a location any better than “Maryland,” or a time frame any tighter than a summer in the early 1980s, it makes it literally impossible for Kavanaugh to prove his innocence. For instance, Kavanaugh could have been away at a summer or football camp for almost all of 1982 and it wouldn’t matter because she can’t even provide the month it happened, or the occasion for the party.

Thirdly, her lack of memory of time and place is consistent with the possibility that her memory was manipulated during the very therapy sessions where there is the only record of her telling the story thirty years after it happened. This would theoretically explain why she can’t remember time/place, why she passed the polygraph, and why Kavanaugh and Judge seem to be claiming to have no idea what she is even talking about.

While currently totally unverified and, to those unacquainted with the work of world-renown memory expert Dr. Elizabeth Loftus, seemingly far-fetched, this theory about therapy’s possible role in memory manipulation is actually quite plausible. When I reached Dr. Loftus via email last night while she was traveling (and unable to make a comprehensive comment on the topic) she responded to my outlining of what might have happened in this situation by saying, “I think you have good analysis” here.

To be clear, it is quite possible that if/when Ford testifies (which I predict will be bad for Republicans regardless of what the truth here is) that we will learn that none of these concerns are valid. However, at least at this point, we should be keeping an open mind not just to all the possibilities which would confirm her story, but also of those which might do the same for his version. To do otherwise would be grossly unfair to everyone involved and would invite injustice, just in case we still actually care about such antiquated principles.