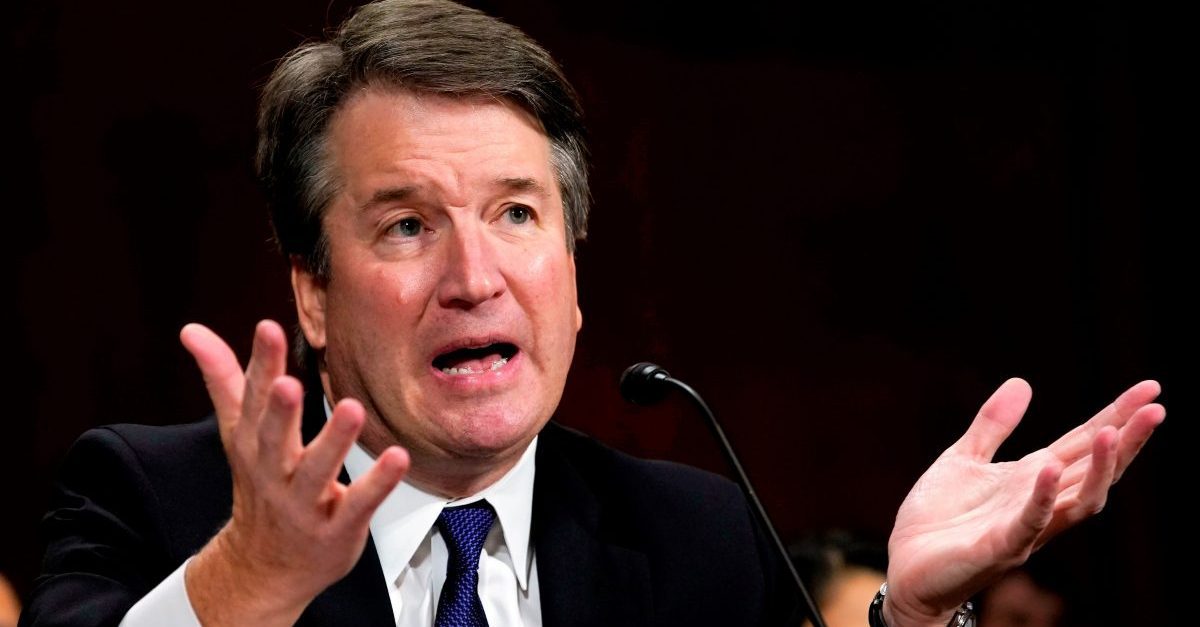 One of the reasons that I have been a very rare outspoken skeptic of a few high-profile allegations of sex abuse and alleged cover ups (specifically Al Franken, Matt Lauer, Jim Jordan, and “Penn State”) is that, in the last few years, the pendulum of required proof and public/media sentiment has swung so dramatically, and quite dangerously, against the accused. In my view, we have overcorrected the past problem of not believing abuse victims often enough, to now creating a situation where it is literally impossible for the accused to effectively defend themselves against a well-publicized accusation, even when there is no real evidence.

When it has come to Brett Kavanaugh, I have been equally doubtful of, though always open to, the extremely old allegations that have almost no corroboration, and which came to light literally at the last possible moment before he was confirmed as a highly-controversial Supreme Court nominee. After his testimony, I wrote that, based on a preponderance of the current evidence, he was clearly “innocent,” but that, in the course of proving that, he may have inadvertently disqualified himself from the position.

So it was with great interest that I read the memo just released by Rachel Mitchell, the female sex crimes prosecutor Republicans cowardly hid behind (at least until Lindsey Graham simply couldn’t take it anymore) at the Ford/Kavanaugh hearing. In it, Mitchell concurs with my conclusion that the majority of present proof is on Kavanaugh’s side in the Ford matter. But, her argument on behalf of that assessment is actually worthy of a far more powerful verdict.

In reality, after objectively reading Mitchell’s memo, it is extremely difficult to believe Ford’s story is at all credible. Among all the many points about Ford’s testimony which Mitchell makes, there are three which are probably the most devastating to a logic-based acceptance of her narrative.

Two of these, surely by coincidence, came from the list of five questions I proposed needed to be asked of Ford, even though they were not overtly obvious. The first dealt with Ford somehow finally deciding on 1982 as the year of this episode.

Mitchell’s memo highlights that the Ford’s date problem has not gotten nearly enough attention. It’s not just that she has no idea of the date, it is that she has very clearly changed her age from her “late teens” to “15” and, consequently, the year from the “mid-1980s” to 1982.

However, it is not just Ford’s clear inconsistency on a major fact here which is obviously troubling. It is also the reality that with the date change comes the corresponding alteration in Brett Kavanaugh’s age at the time of this event. Under Ford’s first version of events, Kavanaugh is no longer in high school and very likely not even hanging out with the same crowd of people.

Ford changing the year in this fashion is consistent with the possibility that, either she was not originally thinking of Kavanaugh when she made her first record of this account during her 2012 couples therapy (the notes from which, importantly, have not been released), or that she specifically changed the year to make sure that Kavanaugh was still in high school. Obviously, either of these scenarios would be shattering to her credibility and Ford has not yet provided a viable explanation.

The second big question I had, on which Mitchell focuses intently, is the issue of how Ford got home from this party. Ford, just as I had anticipated, had absolutely no explanation for how, as a 15-year-old girl with no car or ability to drive, with parents who had no knowledge of the event, and whose only friend at the very small gathering does not recall it, was able to somehow make the 6-8 mile trip back to her house after this incredibly traumatic event.

This lack of even a theoretical answer here is as close to a “Perry Mason Moment” that we will ever likely get in a case like this, but for reasons that are very much misunderstood. Yes, it is something that should be easily remembered, at least somewhat, if for no other reason than that trip under those circumstances would have been also extremely upsetting and taken a heck of a lot longer to transpire than the actual assault.  But this omission is far larger than a major memory lapse.

The biggest problem I have always had with Ford’s story is that the details of the assault are extremely intricate, but the “logistical” facts (where, when, how) are literally nonexistent. While hardly proof of such a phenomenon, this dramatic bifurcation in her memory is consistent with that of a memory having been falsely created, possibly in therapy (think of what happens when you have a nightmare, you may recall vivid details but you would obviously not know the address where it happened or date, and the memory would end the instant you escaped from the house).

The created memory theory also got bolstered in Ford’s testimony when she indicated that she had been diagnosed with “PTSD” due to her experience with Kavanaugh. This was “red-flagged” by Mitchell because it was inconsistent with other elements of her testimony. What’s more, as someone with an experience in the “Penn State” case that featured a prominent therapist who told someone posing as a victim — who hadn’t been abused — that they had PTSD in order to explain a lack of reliable memories about their abuse, that reference set off multiple alarm bells for me.

Finally, maybe the most important piece of apparently new information in the Mitchell memo was that Ford did not mention that her lifelong female friend, Leland Keyser, was at the party until rather late in in this process. At best, this was an inexplicable memory lapse which should bring her narrative into at least some question. At worst, it is consistent with a last-second “Hail Mary” pass to her old friend, a Democrat once married to Bob Beckel, in a desperate attempt to name a witness who could corroborate her account, with Keyser letting the pass fall incomplete.

Frankly, Mitchell, who would have been a media darling if she had come to the opposite conclusion, has come as close to disproving a sex abuse allegation as is theoretically possible in this #MeToo era. However, even that will have almost no impact on the perception of a public (and absolutely none on the news media) which has already become deeply invested in their preferred “truth.”

The allegation, even if not true, has already served its purpose for those who championed it. They have largely moved on to Kavanaugh’s alleged drinking problems and supposed (but also unproven) lies under oath.

We are facing the very real possibility that Kavanaugh may be totally innocent of all of these abuse allegations, but his nomination gets torpedoed anyway because of how he was forced to defend himself against them. How “2018” would THAT be?!