Here Are the Top Five Questions Christine Ford Should Be Asked, But Likely Won’t Be
Opinion

Here Are the Top Five Questions Christine Ford Should Be Asked, But Likely Won’t Be 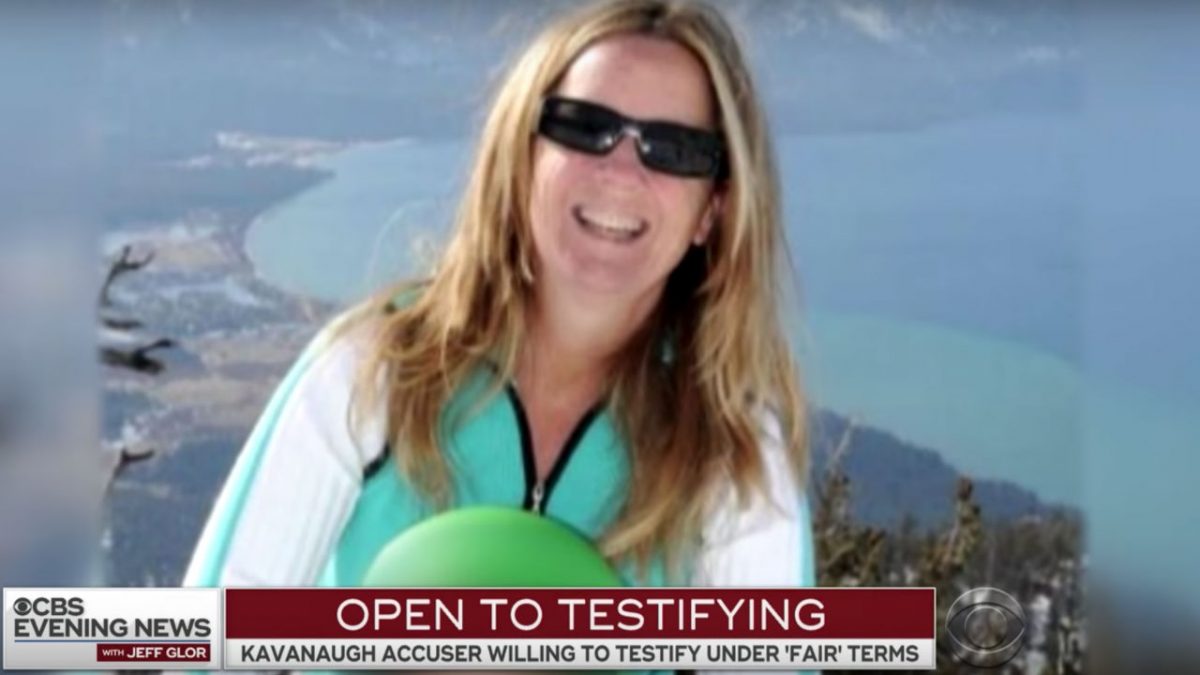 I am still skeptical that the “Super Bowl” of all senate committee hearings, currently scheduled for Thursday, is actually going to happen. This is especially so because Dr. Christine Blasey Ford’s representatives are continuing to act like they want a way to get out of this. They are still objecting to the logistics of the proceedings, most recently the audacity of white male Republicans, well aware that they are in a no-win situation, having hired a female lawyer to ask her the questions.

So, while it is still possible that this epic event is really going to transpire, I wish to offer up my list of questions Ford should answer. Given that we rarely get to the real truth of a big controversy anymore, it is doubtful that these queries will ever be asked, making the need this column even greater.

Here, in no particular order, are the top five questions which might elicit the most important information from Ford — while not being of the obvious variety:

Ford has made it clear in her statements that she is very unsure when the alleged assault occurred. According The Washington Post, the notes her therapist made indicated that Ford said she was in her “late teens” when this happened, but now her story is that this likely happened in 1982, which means that she was only 15 (which is not “late teens”).

How did she come to the conclusion that she was really that young, and how sure is she, given that, in 2012, she apparently said something different in her first recorded recollection of this event? Was there something about the summer of 1982 that provided her a hook for when this happened, or was this age chosen after realizing that Kavanaugh is two years older than she is and there was a need to keep him in his high school years?

Clearly lots of teenage girls in the 1980s kept diaries, though obviously not all of them. If she did have one, it would be something others might have known about, thus making it tough for her to not answer truthfully.

If she did not keep a diary, then this question is undoubtedly a dead end. However, if she did, it obviously begs the question of why she apparently didn’t record something like this horrible secret, which would seem to be exactly the kind of thing keeping a diary was meant for.

This would surely be considered way too personal a question to ask Ford in such a hyper-sensitive setting, but since the first record of her telling this story to anyone is during therapy, it has potentially a lot of significance. It is quite possible that therapy played no role at all in the evolution of her telling her story except for the fact that, according to Ford, the therapist mis-transcribed the party’s “guest list.”

However, world-renown memory expert Dr. Elizabeth Loftus has expressed concern to me that certain types of therapies could play tricks on the recollections of someone reliving their teenage years three full decades later. Knowing the exact context for how it is that she finally came to tell someone “on the record” about this event could be critical to understanding the story’s credibility.

Clearly it would be nearly impossible to prove whether she was providing a totally honest answer to it, but this question, which probably appears to be off the wall to most people, would still be well worth asking. That’s because if she did read either of Judge’s two books written about his alcohol-fueled antics at Georgetown Prep during this exact time period (written in 1997 and 2005), one of which has a character named “Bart O’Kavanaugh,” it would raise the possibility this allegation was a result of her subconscious having created a false memory over these many years.

Many Kavanaugh critics have pointed to Judge’s books about the Georgetown Prep culture as strong evidence that Ford’s claim is true. But what if in reality that relationship is flipped upside-down and it is Judge’s books which inadvertently helped create the allegation? (I do find it extremely odd that she places Judge in the room with her and Kavanuagh, and see that as compelling evidence her story is either true, or the result of this created memory phenomenon.)

If I only had one question to ask Dr. Ford, this is the one that, for a variety of reasons, I would most like answered. Given the tiny guest list of this party, the general location where she thinks it happened, where she lived being several miles away within a metropolitan area, that she was only 15 and presumably couldn’t drive, and the fact that she had already said that her parents had no knowledge of this gathering, there are some significant logistical problems with her story that demand an explanation.

For instance, with no cell phones or social media, and a proven connection to only one person of the four others who were supposedly there (who says she has no memory of the party and doesn’t even know Kavanaugh), how was she even invited to this very small shindig? Why were these five people, from a fairly wide geographic area, getting together in the first place?

Now 36 years later it may be a stretch to presume that she would remember such details, but I don’t think it is at all unreasonable for her to know how she got to the party, or, especially, how she got home after this event, which she says was extremely traumatic and memorable. A 15-year-old girl escaping from this situation and somehow making it back home without access to a car, or even a parent to drive her, would seem to be an unforgettable element of this narrative.

Perhaps she has a plausible answer for how she managed to make this happen (having asked many people in recent days for their opinion, I have yet to have anyone even come up with a viable theory), but if she does not, this would be a strong indication that the assault didn’t actually happen. Not necessarily because she is lying, but because her brain created a false memory which naturally wouldn’t include elements like the date, the exact place, or how she got back home.

Partly because I am rather confident that, in this super-PC environment, none of these questions are going to be asked and answered in a public senate hearing, my prediction is that Ford’s testimony will be very harmful, if not disastrous, to the Kavanaugh nomination. Given the new rules of the #MeToo era, and the extreme media bias in favor of a liberal female accuser against a conservative white male, I just don’t see a realistic scenario where he can “win” this battle, regardless of what the truth really is.