Kavanaugh Convinced Me of His Innocence. But He May Have Disqualified Himself in the Process.
Opinion

Kavanaugh Convinced Me of His Innocence. But He May Have Disqualified Himself in the Process. 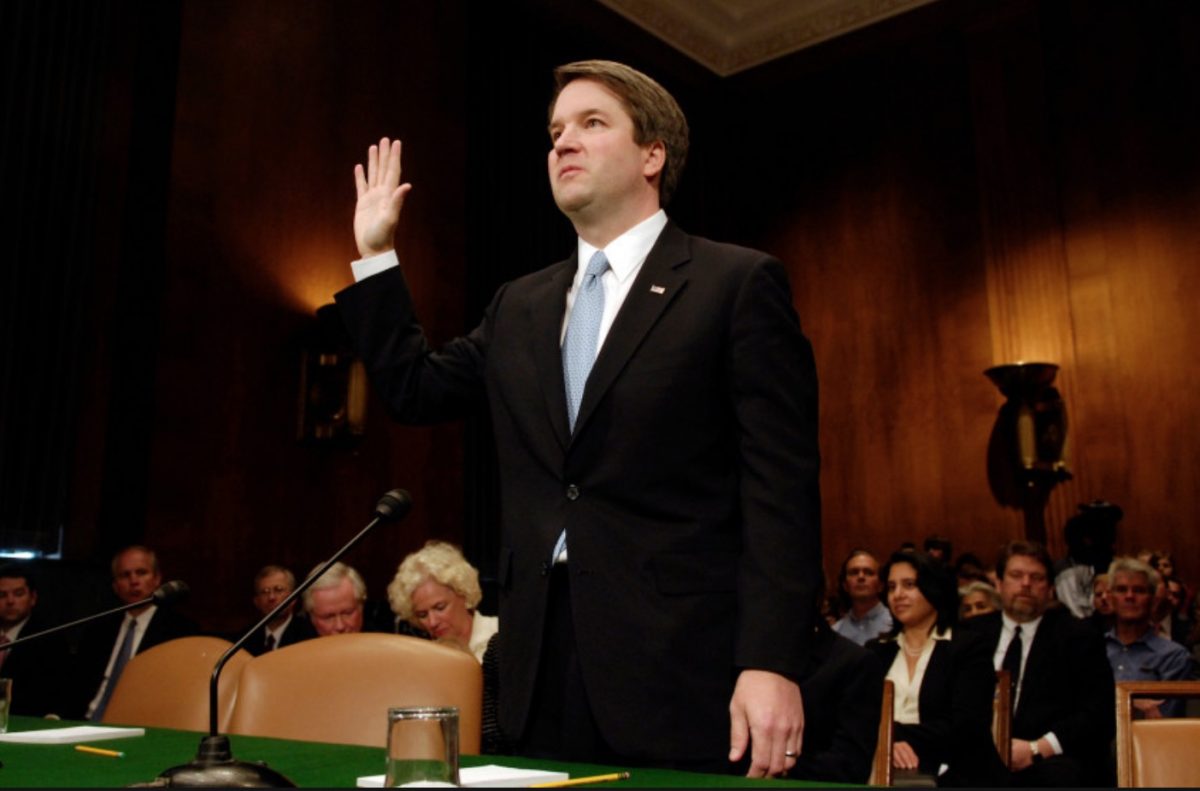 Like much of the nation, I was riveted by nearly every moment of Thursday’s extraordinary senate testimony of Dr. Christine Blasey Ford and Supreme Court nominee Brett Kavanaugh. Unlike many Americans in this hyper-partisan atmosphere, as the father of two young daughters, I approached the unprecedented proceedings with, believe it or not, a mostly open mind.

I would have happily thrown Kavanaugh under the largest bus I could find if there was any legitimate evidence that he was guilty of serious sexual abuse. After weeks of analysis of this sordid situation and having watched all of what happened today, I am now thoroughly convinced that Kavanaugh is “innocent.”

In proving his innocence, however, he may also have inadvertently, and quite unjustly, disqualified himself from the position.

First, here are some quick takeaways from what happened:

As for the actual evidence (as if we still care about what the truth here really is): while she was a very compelling witness emotionally, there was no significant filling-in of the many significant holes in Ford’s story.  Conversely, Kavanaugh’s denial was so incredibly strong and detailed that, if the burden of proof here is a preponderance of the evidence, there is little question that he is innocent.

This does not mean of course that it is impossible that Kavanaugh really did do this to her. Only that there is no rational way to conclude that he did in an manner which would be remotely just and not set an astonishingly dangerous precedent for the future. As for what actually happened, there still seems to be only one scenario which, despite appearing far-fetched to people not familiar with the topic, makes rational sense and is 100% consistent with all the known evidence.

While obviously impossible to currently prove, Ford could have been assaulted as teenager (her story on what year has changed significantly over time), tried over the years to forget it, read Mark Judge’s books about alcohol-filed debauchery while at a neighboring high school during a time period she was very familiar with, and had her old memories triggered and falsely manipulated/transferred, finally coming out for the first time, very differently, in therapy thirty years after the event. This past weekend, I discussed this theory with one of the world’s most-renown memory experts, Dr. Elizabeth Loftus, in a fascinating interview.

This scenario may seem outlandish, but we are dealing with an extremely unusual situation which may require “outside of the box” thinking in order to explain the seemingly inexplicable. Despite extreme efforts to find one, I have heard no other theory which remotely does so (I find it particularly strange that Democrats are pushing very hard their “alcohol blackout” theory to show why Kavanaugh doesn’t remember this happening, without even considering factors which would explain Ford having a false memory).

In my view, Kavanaugh has now shown that he likely has never committed a sexual assault (the allegations that followed Ford’s are simply not credible and appeared to have Democratic political fingerprints all over them). However, while being literally tortured by these false and scurrilous accusations, he may have also given his critics enough rope with which to hang his nomination in a semi-legitimate fashion.

While incredibly unfair, when Kavanaugh was fraudulently forced to rally his “base” of political support (it is depressingly insane that such a concept even exists for a prospective Supreme Court justice) he, understandably, may have done two things which evaporated his judicial credibility. Specifically, he revealed an extreme partisan bias and raised questions about his own judicial temperament.

To be clear, both issues came about because he was being treated in a manner which would have caused any man to go utterly mad, but that doesn’t change the reality. As catastrophically unjust as it is, Kavanaugh may no longer be a viable addition to the highest court in the land, possibly the next thirty-five years.

In a weird way, this exchange is like something from O Henry’s The Gift of the Magi where in order to salvage what he wanted he was forced give up an important part of who he once was to begin with. I am not saying that Kavanaugh should not now be confirmed, or that he won’t be (who knows at this point?), only that there are now new and viable reasons to consider not voting to confirm him — that have nothing directly to do with sexual assault.

For instance, how can Kavnaugh now, after what he and his family have endured from Democrats, and given how much he owes to Trump for likely salvaging his nomination and reputation, possibly be seen as objective on any rulings coming out of the Russia investigation? The sad answer is that, for at least 60% of the country, he cannot.

All of this is completely unfair to a man I perceive as being of very high character, but life is not fair and if, God forbid, I was in the U.S. Senate, I am honestly not sure how I would vote on Kavanaugh at this point (ironically, he would definitely be a GREAT Senator!). Of course, since it may be him or nothing for Republicans in a politically precarious situation, this nuanced view, for better or worse, may very well not be duplicated within the GOP caucus.