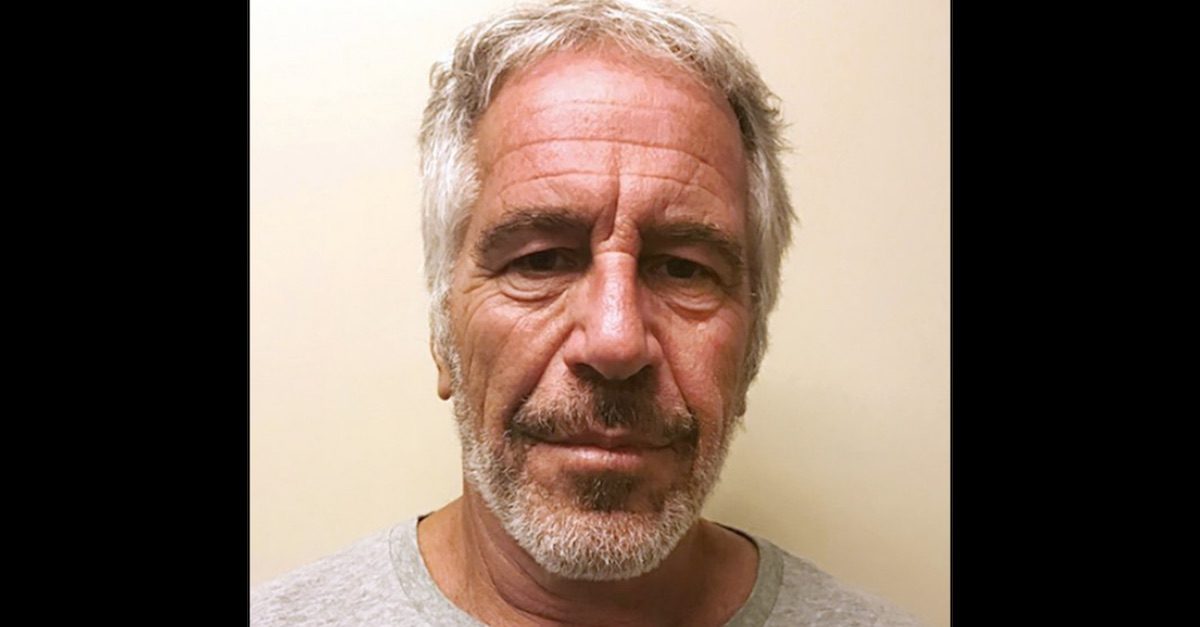 Jeffrey Epstein’s apparent suicide while in federal prison awaiting trial on horrendous sex abuse charges sure looks suspicious. Of course, lots of weird events appear to be suspect at first and then, once you actually learn all the facts, turn out to be rather mundane.

The most prominent example of this in American history was probably Jack Ruby’s on-television murder of Lee Harvey Oswald, who was in custody for having allegedly assassinated President John F. Kennedy. At first glance, this appeared to be an obvious contract killing to silence the key element of a conspiracy, but, once all the evidence was in, it was very obvious that Ruby just wanted to be a folk hero by killing the lone loser who shot Kennedy (no, seriously, it’s true).

It is totally understandable that people have legitimate questions about what really happened here and how, assuming that is what really occurred, Epstein could have possibly been allowed to commit suicide in an environment closely controlled by the United States government, especially since he had recently been on “suicide watch.” However, the near total presumption of some version of nonsensical conspiracy being at work here, seen in the online reaction to this event, even by legitimate members of the news media, has been, frankly, frightening.

And that doesn’t even include the President of the United States outrageously promoting a wacky conspiracy theory implicating Bill Clinton in Epstein’s death, which may go down in American history as the moment in which we left the gravitational pull of the rational earth… forever.

The Internet is infamous for providing fertile, if not also toxic, ground for all sorts of crazy conspiracy theories, and it is important to remember that only a small percentage of the population is active on formats like Twitter. However, in the media world, Twitter is a large part of daily life, and therefore significant, and yesterday may have been the medium’s worst day yet for mindless and recklessness speculation, even among some supposedly serious people.

Political figures from every possible perspective immediately raced to put forward their fact-less and self-serving theory that what we were being told about Epstein having killed himself just couldn’t possibly be true. After all, there were just too many powerful people who had a self-interest in having him muzzled for all-time.

One of the most popular, and most ridiculous, of the conspiracy theories was led by the hashtag #ClintonBodyCount, which trended most of the day on Saturday. The clear implication being that, since he had an extensive friendship with Epstein, and obviously has had his own allegations of sexual misbehavior in the past, former President Bill Clinton must have had Epstein murdered.

After all, every right-wing nut knows that the Clintons have had many of their associates knocked off over the years. It’s just that for some reason they have never actually been charged with anything like that, and somehow all the participants in that giant conspiracy have decided to remain quiet (presumably they were all killed too), even after the Clintons became politically powerless.

Even as an ardent, three-decade, critic of the Clintons, I have always found this theory to be laughably stupid. For instance, how is it that Monica Lewinsky, Juanita Broaddrick, Dick Morris, and James Comey (among many others) have somehow been able to elude this magical force of super-stealthy assassins?

And then there is the issue of why these expert assassins, led by criminal masterminds Bill and Hillary, would allow Epstein to be an untied loose-end for many years, seemingly oblivious that this ticking time bomb would inevitably go off. But even that pales in comparison to the leaps of logic one must engage in to be able to rationalize how the Clinton assassins got to Epstein in a federal prison.

The Clintons, quite obviously to a rational person, have zero pull, real or imagined, in a federal prison. A cell in a federal prison is, also quite clearly, an extremely restricted area where there are numerous videotaped checkpoints and security clearances for someone to gain access to it. Unless this conspiracy involves virtual every key person at the facility, anyone who killed Epstein would be easily and quite quickly discovered.

Then, of course there is the problem that Epstein was under the care of the Department of Justice, which is run by Attorney General Bill Barr, who was obviously hired by, and is all-too-loyal-to, President Trump. Even if he wanted to see it happen, Bill Clinton would have as much chance of pulling off a hit on Epstein in a federal prison as Hillary has of being Trump’s 2020 vice-presidential nominee.

Yet despite all of that, combined with the grotesque inappropriateness of a President of the United States even implying such a thing about another president, Trump simply couldn’t help himself and retweeted a crackpot “Clinton killed Epstein” video from an unknown comedian. Of all of his many disgraceful moments as president on Twitter, this was very likely his worst.

Some Trump supporters will try to hide behind the incredibly lame, “it’s just a retweet” defense. But when you are the freaking President of the United States with 62 million Twitter followers, a retweet like that is clearly an endorsement of its content, which would be far beneath the stature of a small city council member.

This was the President of the United States promoting the absurd idea, with zero evidence or logic behind it, that a former president and friend of his, murdered a man in a federal prison to cover up his own abuse of children. Seemingly lost in all the insanity is that Trump was effectively demeaning his own Justice Department by suggesting that they are either incredibly corrupt, or colossally incompetent, so as to allow this dastardly deed to happen.

We all deserve solid answers on what happened with regard to Epstein’s death. It is an indication that Barr should not be in his position as attorney general as it is clear much of the public has no faith in his ability to get to the truth of this matter.

The bottom line is that there is currently no evidence that this was anything more than a suicide aided by human error. However, the evidence that Donald Trump is unfit to be our president, and must not be allowed to be re-elected, is now more overwhelming than ever.