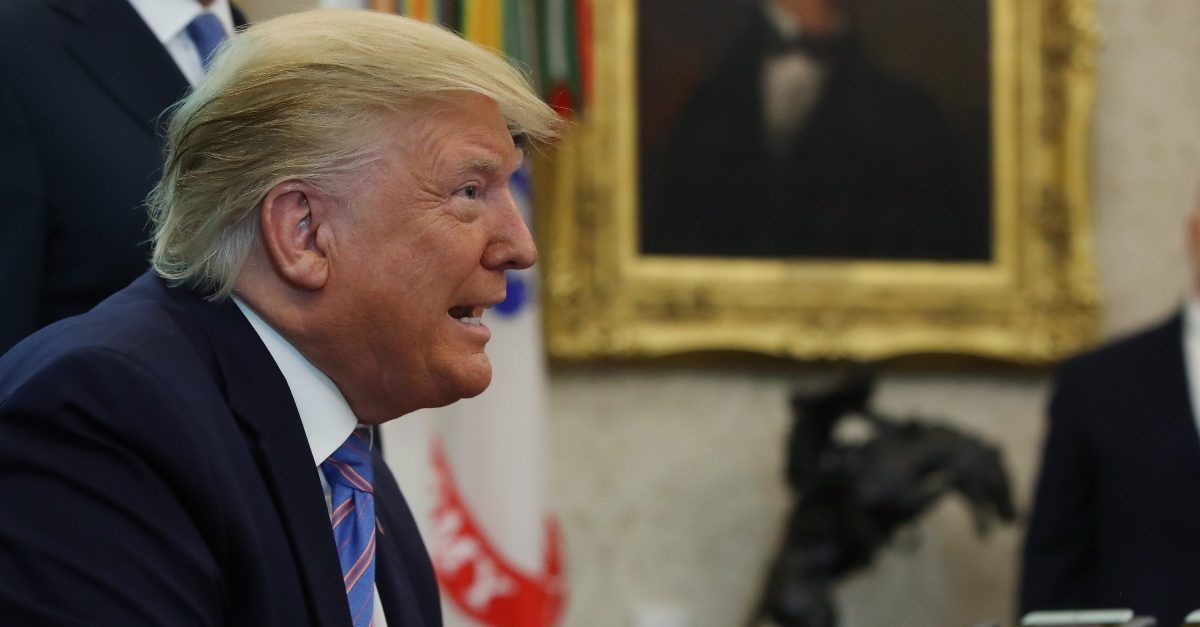 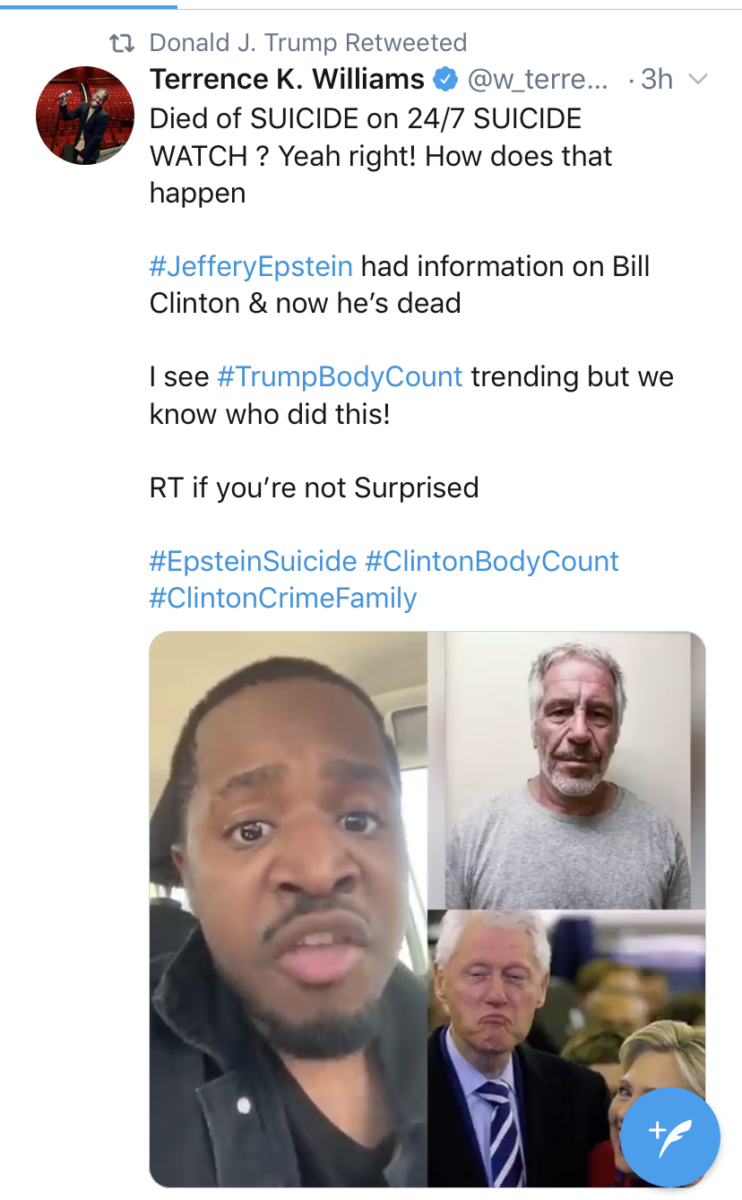 Trump also boosted a video tweet with the hashtags #ClintonBodyCount and #ClintonCrimeFamily. The tweet suggests without evidence that the Clinton’s are responsible for Epstein’s death, who reportedly killed himself in his cell early Saturday.

“All the liberals were calling me a conspiracy theorist … the man had information on the Clintons and he ended up dead!” the Twitter user claimed. “Somebody got paid not to do their job so somebody can get knocked off so no information comes out, but I don’t know nothing.”

Just moments before, Trump had insisted he was working while on his vacation in New Jersey.