The Real State of Our Union is: Currently Prosperous, But Badly Fractured
Opinion

The Real State of Our Union is: Currently Prosperous, But Badly Fractured 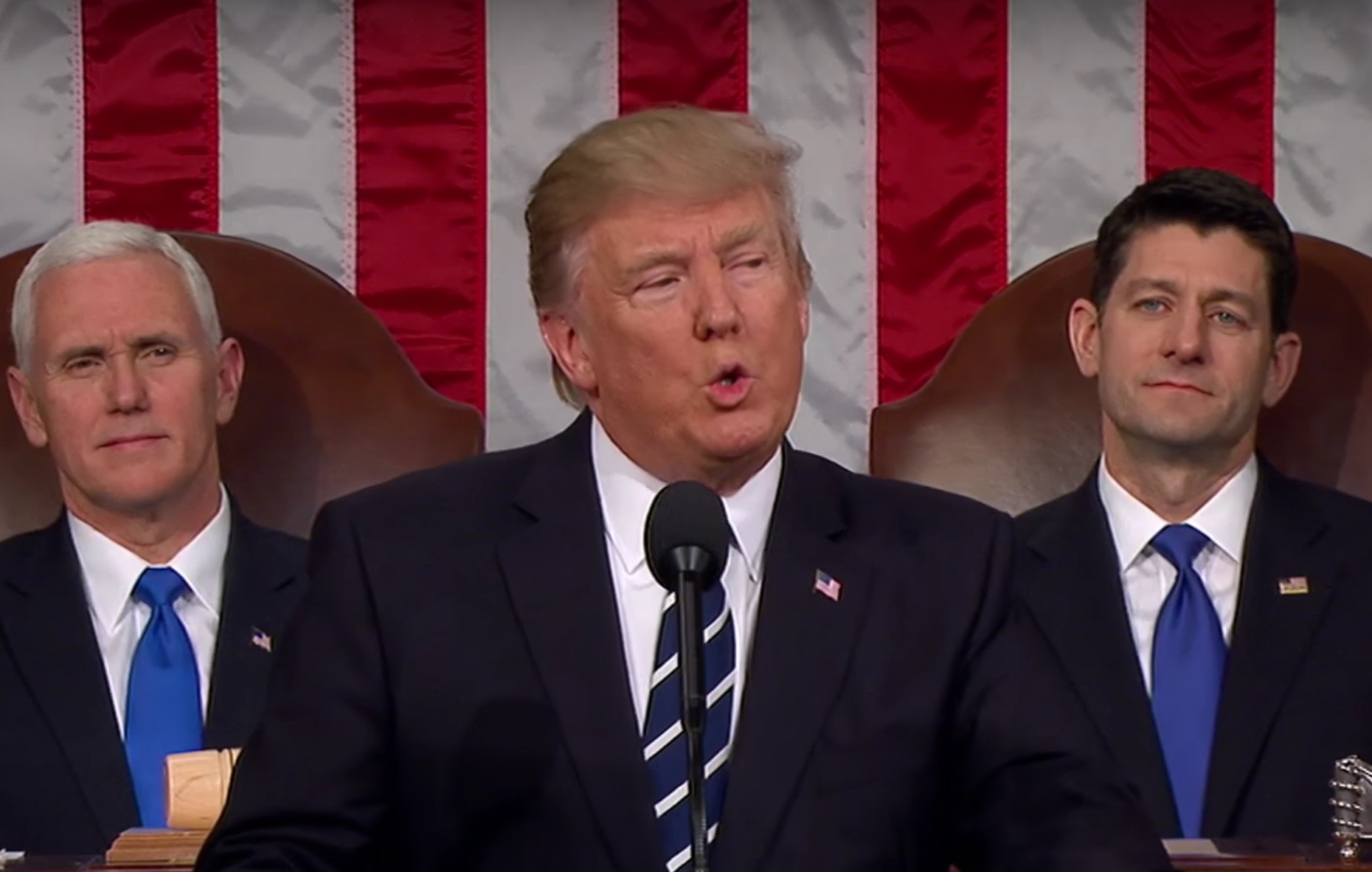 Tonight, President Donald Trump will give his State of the Union speech. He will exaggerate how awesome things are in America, and take credit for elements of our success which he had nothing to do with. His fans will love it. His critics will either not watch, or they will loathe it.

Like every other modern president, Trump will surely describe the state of our union as “strong.” Though, given that Trump is Trump, it wouldn’t surprise me if he added an adjective like “super,” or described it as “stronger than ever.”

While our economy is not as in nearly as great a shape as Trump will surely claim, there is no doubt that the United States, whether based in reality or mostly perception, is currently in an era of relatively great affluence. The stock market is at astronomical levels, housing prices are at near record highs, and unemployment is very low (though I’m old enough to remember when my fellow Republicans claimed that statistic was very flawed).

But even more telling than all that is the truth that for the average American, thanks mostly to technological advances, life has never been easier. While too many people still have it very tough, comparing even an average “poor” person’s daily existence today to that of even a generation or two ago is like relating the incredibly soft play at the NFL’s Pro Bowl to the intensity of an NFL playoff game.

I personally believe that much of our current prosperity is based largely on a bubble which will eventually burst. However, there is no doubt that, as of today, life is mostly good and, at least in some ways, maybe better than it has ever been before.

That’s the “good” news. The bad news is that our unity as a nation in the modern era has never been in worse shape.

I have written often about how fragmented and fractured we as a nation have become in recent years. There are many factors behind this dangerous development, but I place a lot of blame on the media in general and television/the Internet in particular.

Television, from the 1960s until the 1990s was a remarkable unifying force in our cultural. While a strong argument could be that the product was TOO homogenized during that period, there is no doubt that Americans shared far more communal experiences, had far more substantive news coverage, and at least basically agreed on what the fundamental facts were, as well as what were the most important issues facing the nation.

Today, not only are we not on the same “page,” were are rarely reading from the same “book,” or sometimes even using the same “language.” You can now find a television channel, or at least a website, to tell you anything you want to hear, effectively creating your own reality.

The State of the Union address itself is representative of this phenomenon. Nowhere near a majority of Americans will watch it, or even see comprehensive clips from Trump’s speech. Heck, only this weekend’s Super Bowl ever comes close to that kind of “unifying” moment on a yearly basis anymore.

Those who do watch the speech will overwhelmingly be people who are already Trump fans, tuning in because it will make them feel good about what they already wanted to believe in the first place. The impact of the address, barring Trump doing something too “Trumpy” even for Trump, will be negligible, at best.

Trump is himself, of course, right at the heart of this issue of our nation being so dramatically divided. He cynically and masterfully took advantage of our deep divisions to win both the Republican presidential primary and the presidency.

No one has ever come close to winning his office with such a dramatic disparity between the Electoral College and popular vote margins, which is a sure sign we as a country are literally splitting apart, with California, where I live, effectively becoming a foreign country (many Republicans I know seriously say Trump didn’t lose the national popular vote because California doesn’t really count).

Ironically, about the only thing almost all of us as Americans currently have in common is that the vast majority of us either really like Trump, or think that he is the worst thing that has ever happened. But it is actually much worse than even that.

It’s not that we just have strong and different opinions about issues, we can’t even remotely agree on basic realties. To the half of the nation which pays reasonably close attention to events, Trump is either a hero fighting off malevolent attacks to Make America Great Again, or an incompetent Russian stooge who is destroying the foundation of our country to further of his own personal agenda.

Just last night, the battle over various stories related to the Russia probe was like ominous storm clouds starting to gather for what could very well be a 100-year style political hurricane with no potential for compromise or a remotely productive outcome. I fear our system is not built to withstand the test that it could well soon face, and our societal fabric is now far too weak to act as a safeguard.

Thanks largely to Trump, we have now reached the point where can we literally can’t even speak to each other because we all see the world through such vastly different prisms — even among people with whom we used to agree on most everything else. My own conflicts with numerous friends I formerly thought were rational Republicans, but who have broken off contact with me because of my criticism of Trump, have been both shocking and edifying.

Perhaps most depressing of all is the fact that we are not even united in our disunity. Because it has never been easier to tune out what is going on in the news, at least a third of our nation (maybe more) isn’t even remotely aware of what is really happening.

In many ways, I envy them.