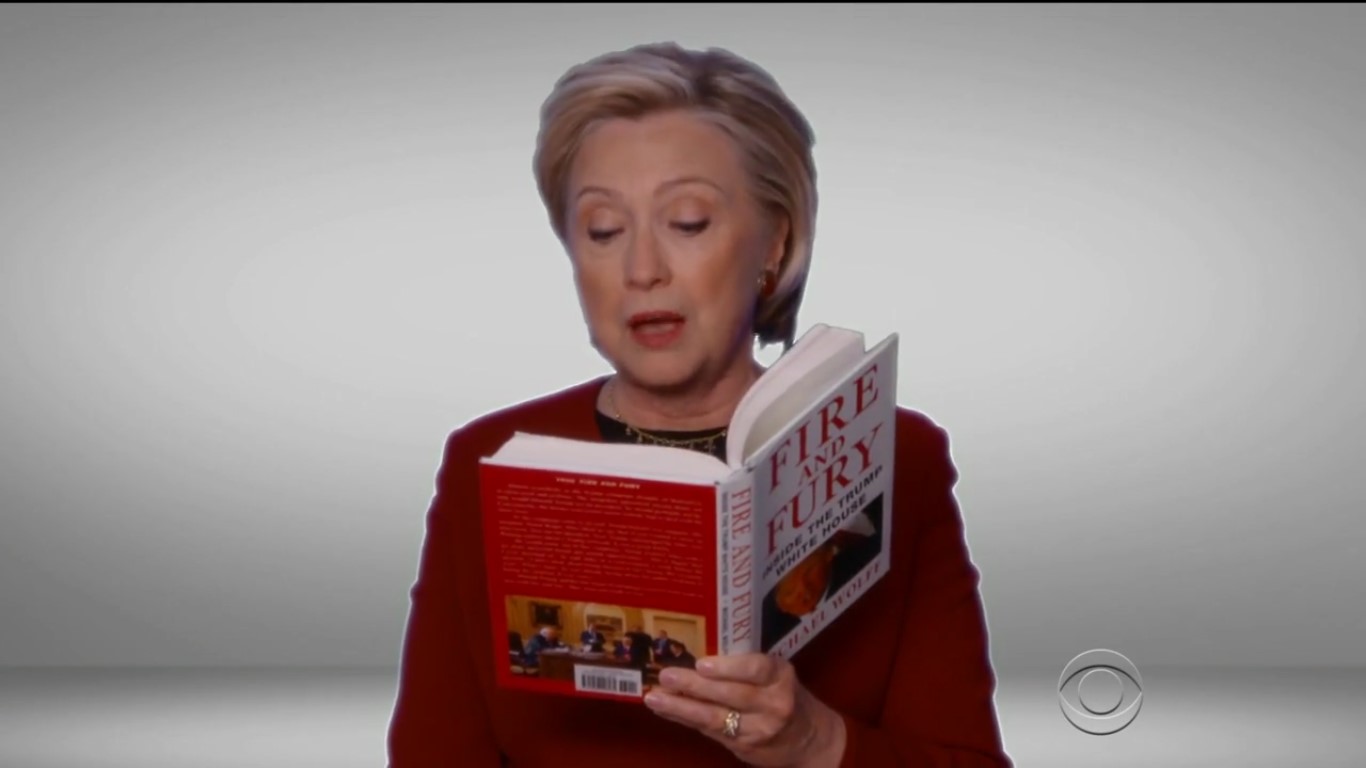 For over two years now, award shows have largely become a platform for mocking Donald Trump. However, this award season has been different than in previous years, particularly because of the #MeToo movement that has rocked Hollywood (as well as media, politics, and virtually every industry). Since the downfall of Harvey Weinstein, the victims of harassment and assault have felt empowered to speak out against their alleged predators and has caused a domino effect of powerful men being taken down for behaviors that have been going on for decades.

Leading up to the Golden Globes, Hollywood formed a sister movement called #TimesUp, which was meant to tackle sexual harassment and abuse as well as things like the gender pay gap in the workplace. And already we’ve seen it make waves in entertainment. After James Franco wore a #TimesUp pin at the Golden Globes, he was called out for alleged misconduct — and has been in hiding ever since.

At the Grammys, a show that had a moment dedicated to #TimesUp with a powerful performance from Kesha, also had a pre-taped gag involving Michael Wolff‘s controversial tell-all Fire and Fury: Inside the Trump White House in which numerous celebrities “auditioned” for the audio tape version of the book, in an obvious attempt to ridicule the president.

There were a few ironies in this segment that are worth pointing out. The first is that the people behind it — and frankly, the people who found it funny, are likely the same people who think Trump is a threat to the free press. That’s despite that many of them accept Fire and Fury as gospel instead of the tabloid nonsense that it is and that Michael Wolff is a real journalist, which he is not. Second, the Grammys went out of their way to promote a book whose author just made a sexist smear about U.N. Ambassador Nikki Haley after he implied that she was having an affair with Trump. Isn’t #TimesUp supposed to shield women from such abuse? Perhaps there’s an unwritten exception for conservative women who are targeted by abhorrent attacks.

But the biggest irony of them all go to the one and only: Hillary Clinton.

What’s so remarkably tone deaf about her involvement at the Grammys is that she has a history of enabling sexual predators. She spent years attacking Bill Clinton‘s accusers, forcefully dismissing and discrediting the allegations, despite one of them being made by an alleged rape victim. She palled around with Harvey Weinstein for decades, taking his money and relying on his influence in Hollywood to benefit her career. And just like with her husband, she turned a blind eye to the rumors that floated around about Weinstein despite reportedly being warned by one of her staunch supporters Lena Dunham during the 2016 election.

And just last week, we learned that Clinton refused to fire her 2008 campaign spiritual advisor Burns Strider after he was accused of sexual harassment by a young female staffer. And while he was docked several weeks pay, his victim was moved to a different job. Clinton’s former campaign manager Patti Solis Doyle said she wanted Strider to be fired, but was “overruled” by her boss and because of that, he would go on to harass more women.

Then Clinton had the gall to go on Twitter and express that she felt “heartened” that this victim came forward and went on to say that all women “deserve to be heard.” Meanwhile, Strider’s victim was forced to sign an non-disclosure agreement at the time which she is still bound to til this day.

It is truly inexplicable how Clinton is still praised by self-proclaimed “feminists.” She has enabled sexual predators throughout her adult life. From her husband, to Weinstein, and now Strider, she put herself above their victims because her personal aspirations were more important to her than the well-being of these vulnerable women.

Hillary Clinton is a false idol to feminism. And before Hollywood decides she should announce the Best Picture winner at this year’s Oscars, they should consider that they’d be emboldening a enabler and doing so would be throwing mud in the faces of countless victims of abuse. None of these victim-empowering movements should embrace her as she has been part of the problem — and should never be part of the solution.