What The Hell is Tomi Lahren Doing On Her Parents’ Health Plan?
Opinion

What The Hell is Tomi Lahren Doing On Her Parents’ Health Plan? 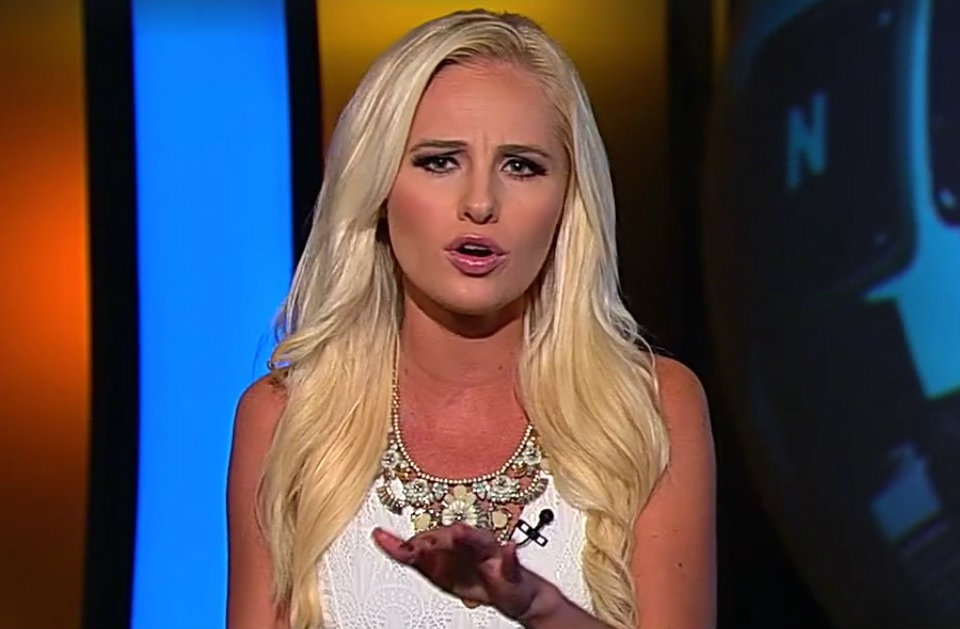 Yesterday we had an avalanche of “gotcha” stories slamming right-of-center personality Tomi Lahren as a “hypocrite” for criticizing Obamacare while directly and personally benefiting from it.  I get it. Here’s an Obama-hating young blonde woman who’s made her name ranting about the evils of all things liberal all the while she enjoys the generous and benevolent gifts bestowed on her by the loving and gracious government.  She should thank Obama for her good fortune and fall in line.

But, that’s kind of missing the point, isn’t it?  I mean, is it just me or shouldn’t it be an American outrage that a successful, independent professional woman, who has worked for two media organizations (one of them headed up by a multi-millionaire who employees a ton of people in his all-powerful empire) is still covered on her parents’ health insurance at the age of twenty-four?

A quick refresher before I really go off here… (per Mediaite)

Lahren squared off against Chelsea Handler, and the two discussed the latest failed effort by Congressional Republicans to reform health care. As the two debated limited government and alternatives to the current system, Lahren said she has health insurance though her parents because she’s only 24 years old.

“Do you have a health care plan or no?” asked Handler. “Well luckily, I’m 24, so I am still on my parents’ [plan]” Lahren responded.

Under Obamacare, Americans are allowed to stay on their parents’ plans until they turn 26. Lahren got quite a few boos after her admission, though Handler told the audience to stop because “she’s being honest.”

Now, it would be easy (in fact, a little too easy) to pile on Ms. Lahren and question her true “conservative credentials” and all the other things I’ve seen some of my colleagues do. But, the fault doesn’t lie with the former Blaze personality. In fact, I reject that one is a hypocrite if they benefit from a law that they fundamentally opposed. It’s completely illogical.

I thought the “Cash for Clunkers” program from the Obama Administration’s first months was a terrible law. It was a gift to the auto industry enticing people to trade in their older cars to purchase new ones at a federally subsidized discount. I was also told that getting all those gas-guzzling “clunkers” off the road would be better for the environment because climate change is the single greatest threat to mankind and gas was never going to fall back to $2.00 per gallon. I debated the issue with friends and family and tried to get my congressman to oppose it. Eventually, I lost the argument and “Cash for Clunkers” became law.

Now, once this stupid idea was law and my money was taken from me every week from my paycheck to partially fund this debacle, would I be a hypocrite if I took advantage of “Cash for Clunkers” when I traded in my old Chevy for a new Ford Flex? (I really did get a new Ford Flex… I miss that car.)  Am I not a “true conservative” because the government has handing out money and I took it?  If I’m a hypocrite for that than one must argue that liberals are hypocrites for benefiting from every tax cut put forth by Republicans over the decades that they always, instinctively oppose.

No, the real story behind Lahren’s dependence on her parents’ health insurance is that it perfectly illustrates what is fundamentally wrong with the principles behind Obamacare.  We were told that the government needed to intrude on the health insurance industry because Americans were in true and desperate need of help.  That our fellow citizens were choosing between food and health care and without government intervention Americans would be dying in the streets.

We were also told that young people, like Lahren, couldn’t afford their own health insurance and, therefore, the government would need to force insurance companies to allow parents to cover their young adult children up to the age of twenty-six.  Never mind the very real and true fact that the vast majority of health insurance premiums for healthy adults in their early twenties was about the same as a typical cell phone data plan circa 2010, we were shown all of the anecdotal families who were in desperate need of this new government mandate.

And, here we are.

Tomi Lahren, a woman who has been gainfully employed for several years is living in the virtual basement of her parents’ home by staying dependent on them for her annual physicals. And this is a good thing?  I could point out that when my parents were Ms. Lahren’s age they were married and parents of two fine young boys. The thought of them staying on my grandparents’ health plan (or in their home for that matter) is laughable.

Like most conservatives… no, most Americans, I truly want to have a government that helps those who are truly in need.  But even though big government programs like the Affordable Care Act are sold to us by pulling on our heart strings and preying on the American spirit of generosity and compassion, it turns out that those who are truly in need are merely props used for the TV commercial to sell statism. When these laws are finally enacted we find that Kendall Jenner gets to stay on Caitlyn’s Kaiser plan.

Shouldn’t the Kardashians buy their own health insurance? or, at the very least, shouldn’t the E! Channel and Ryan Seacrest pick up the tab? And yes, I just sort of called Tomi Lahren the Kardashian of the conservative commentariat.  And I’m OK with that.