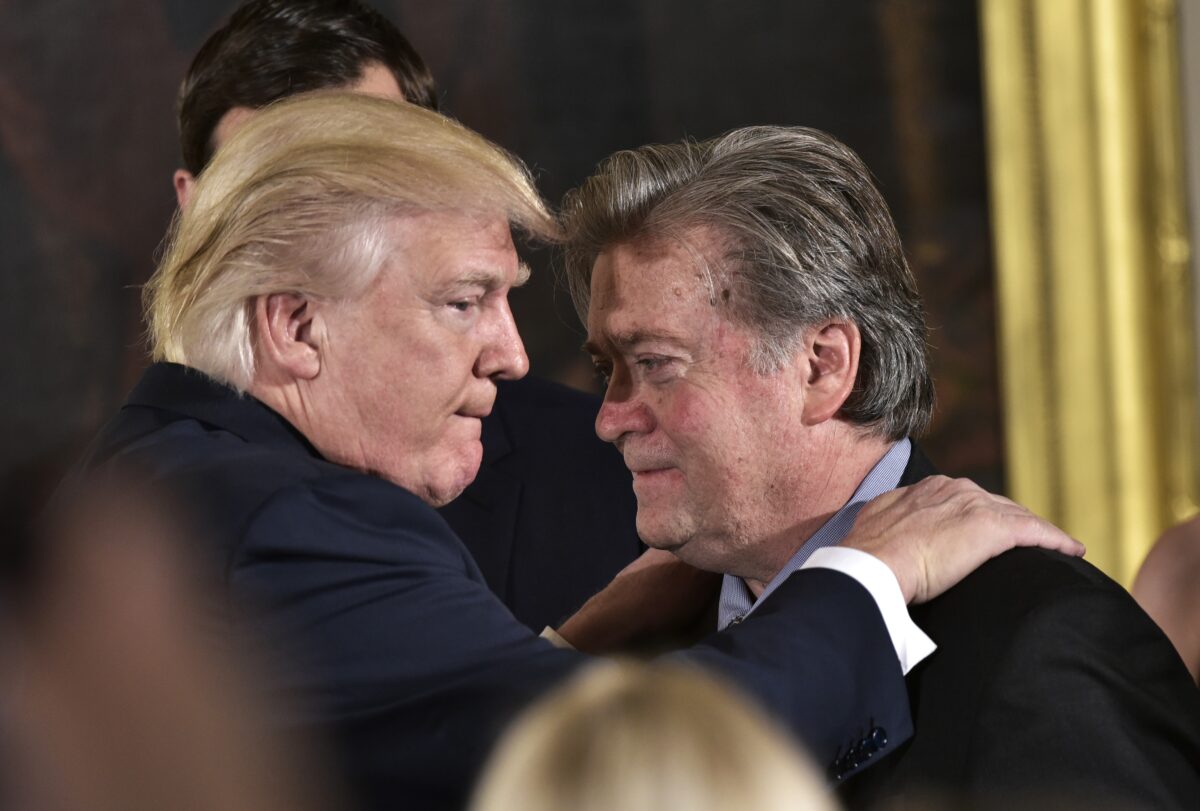 President Donald Trump has issued a presidential pardon for his former White House chief strategist Steve Bannon, who has been indicted for defrauding Trump supporters and just recently was banned from YouTube for calling for the “beheading” of Dr. Anthony Fauci.

Bannon was arrested back in August while on a Chinese billionaire’s yacht and charged with wire fraud and money laundering for misusing funds from a private effort to build a stretch of the border wall. And at least one CNN legal adviser warned that the case was “very bad news” for Bannon and that his “best chance” to stay out of prison was a Trump pardon.

According to New York Times‘ Maggie Haberman, the president made the decision to pardon Bannon “after a day of frantic efforts to sway his thinking, including from Mr. Bannon.”

Trump ended yesterday with aides convinced he wouldn’t pardon Bannon. But a lot of frantic back and forth today about it. And Trump ultimately seems to have decided that a) Bannon could be useful to him in some way in the future and …

…b) That the people who hate Bannon – the establishment – have now turned against Trump in some way, and he needs to have someone on his side.

Bannon, who was CEO of Trump’s 2017 campaign, was pushed out of the White House after only eight months. Trump viciously disowned Bannon just two years ago, saying of his former aide: “When he was fired, he not only lost his job, he lost his mind.” After a long exile in the media wilderness, Bannon returned with his War Room: Impeachment and then War Room: Pandemic radio shows/podcasts. Since Election Day, however, Bannon’s standing has risen again by being a vocal supporter of Trump’s election conspiracies and even proclaiming, in a bizarre bit of political fan fiction, that the president could remain in power in a second term through a “contingent election” in the House.

But Bannon’s legal troubles might not be over, even after this act of clemency from Trump. As CNN legal adviser Elie Honig noted, “theft is theft” and New York state charges — which are exempt from presidential pardons — might well still threaten the former White House strategist.

And now the feds at SDNY need to walk the Bannon case file across the street to the Manhattan DA. Theft is theft, it’s a state crime too. https://t.co/tZ6BWuwLCW