WATCH: Trump Was All Over the Place Trashing Obama For Ebola Response in 2014 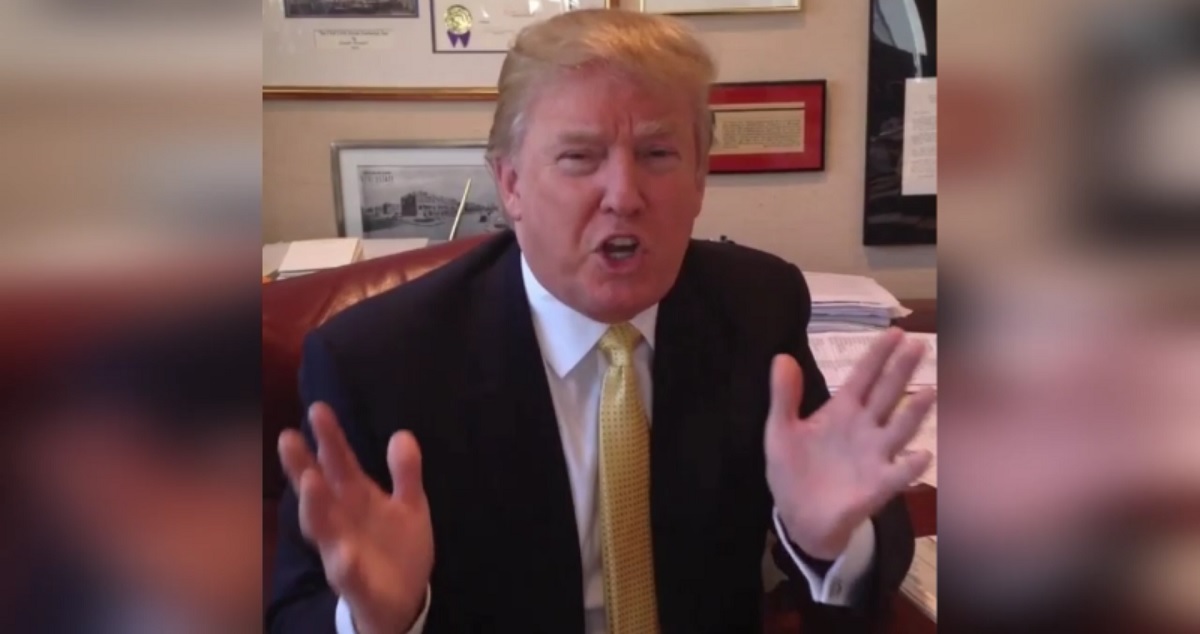 President Donald Trump has been complaining loudly about criticism of his response to the coronavirus outbreak, but in 2014 Trump was all over the place — literally and figuratively — trashing then-President Barack Obama’s response to an Ebola outbreak, and fomenting panic.

The Ebola outbreak of 2014 was very different from the current coronavirus threat, because while Ebola is much more deadly, the disease never had — or was given — any chance to spread in the United States. Only eleven cases were reported in the United States, seven of which were patients evacuated to the U.S. from other countries. Nine of those eleven patients recovered.

But that didn’t stop Trump from having a full-on, weekly freakout — often contradicting himself in real-time — as well as his current approach to coronavirus.

In August of 2014, Trump appeared on Fox & Friends to defend his Twitter comment that Americans who traveled to help Ebola-stricken regions should “suffer the consequences,” and began his demands to “stop the flights.”

With one patient evacuated to the United States at that point, Trump compared the outbreak to HIV, saying “If you look at the AIDS epidemic, it started very small and then all of a sudden it grew and grew and we have to this day, a massive problem with that.”

The Obama administration followed CDC guidance, which was to screen travelers when appropriate, not to shut down flights from the affected region. But this demand would turn into a drumbeat from Trump.

In early October, Trump renewed his call for health care workers to “suffer consequences” for flying into the hot zone to help, and tried to sow mistrust in the government’s ability to cope with the crisis by citing things like the Obamacare website, “Benghazi,” and the “I.R.S.”

He also reacted to then-and-current government infectious disease chief Dr. Anthony Fauci’s assessment that travel bans could make things worse by snorting “ridiculous,” then told viewers to ignore the CDC’s information on transmission of the disease.

By the following week, Trump’s visits were a regular Monday feature on Fox & Friends. He was asked if there should be one person coordinating the effort, and he seemed to agree, but was more interested in attacking Obama, including suggesting he give up golf “for a couple of years and really focus on the job.”

A week later, on October 20, Obama had hired Ron Klain to coordinate the Ebola response — the approach that ended up being a huge success — and Trump was unhappy, if relatively measured. He noted that others had called Klain a “political hack,” but said, “I don’t want to say that because I don’t know him.”

He went on to add that Klain’s hiring “doesn’t seem like the right thing,” and once again demanded a stop to “the flights.”

But Trump also ripped Klain during a press conference for Iowa Congressman Steve King, saying he was the “wrong guy” and repeating the popular talking point that Klain had no “medical experience” — similar to the nonexistent medical experience of current Trump coronavirus point man Mike Pence.

On October 24, Trump posted a bizarre 10-second rant to Instagram in which he blurted “We have a tremendous problem in New York because President Obama would not stop the flights. So, now, we’ve got Ebola. He should be ashamed.”

And on October 27, Trump went on another extended riff about banning travel from affected countries, and telling the hosts that “the CDC should be ashamed” of themselves.

Thus far, President Obama has been quiet about Trump’s response to the coronavirus, but if history is any indication, political observers might want to scan the media landscape to see what celebrity has the hottest virus take now. That person could be our next president.