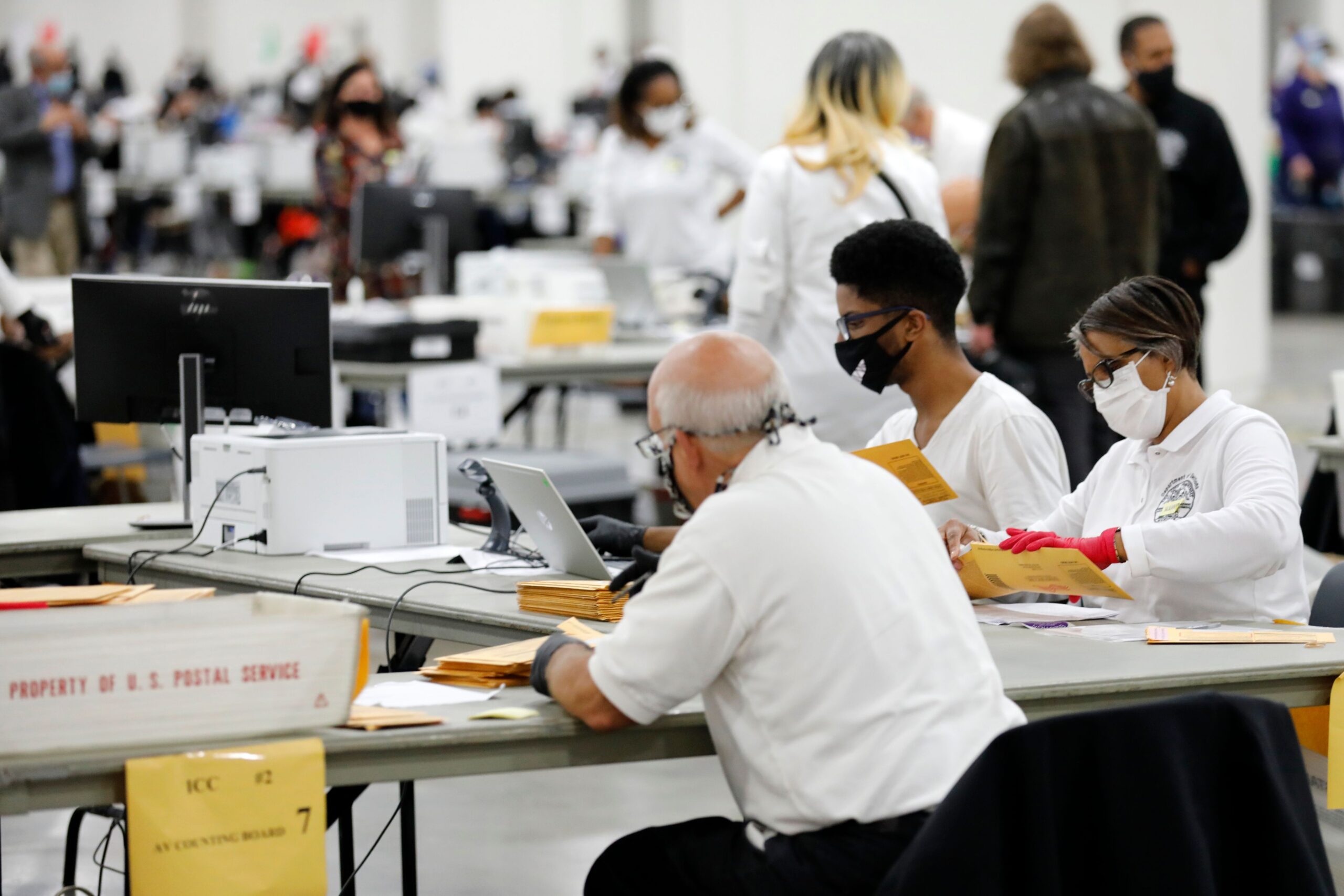 Election staff in Allegheny County, Pennsylvania are reportedly taking the day off for “administrative work” due to issues with thousands of ballots — meaning many of the votes will not get counted until Friday.

The state’s second-largest county, which includes the heavily-blue city of Pittsburgh, was hit with a court order that halts 29,000 of the remaining 35,000 ballots left from being counted, due to a mishap with the ballots, according to Ryan Deto of the Pittsburgh City Paper.

Not just a day off. 29k of 35k left can’t be legally counted until Fri. due to court order. 29k are replacement ballots bc a contracted company delivered wrong ballots last month. Election return board HAS to legally meet tmrw before counting can resume https://t.co/1tvsWBlZiC

“29,000 are replacement ballots [because] a contracted company delivered wrong ballots last month,” he explained in a tweet. “Election return board HAS to legally meet [tomorrow] before counting can resume.”

The New York Times’ Trip Gabriel also reported on the news, claiming that a member of the county’s election board, Bethany Hallam, could not “get an answer as to why” the count stopped.

Allegheny County, PA still has 35,413 uncounted mail-in ballots, but elections staff is taking today off for “administrative work” and will not resume count until Friday. “I can’t get an answer as to why,” says @bethanyhallam, a member of county elections board.

“Per email from county to [election] board, those 35,413 include about 29,000 ballots sent to voters who first got wrong ballots,” he explained in a second tweet. “They have to be double-checked to ensure no one voted twice. Also, unscannable ballots and some missing dates or illegible signatures.”

The elections staff is apparently addressing some of these issues in its “administrative work” today. 3/3

“My assumption is that Midwest probably picked up a lot of business based on their performance with Allegheny County in the primary,” County Executive Rich Fitzgerald said. “We were struggling to keep our heads above water, when we were manually making these kits of envelopes, pulling ballots manually, folding them, stuffing them in envelopes.”