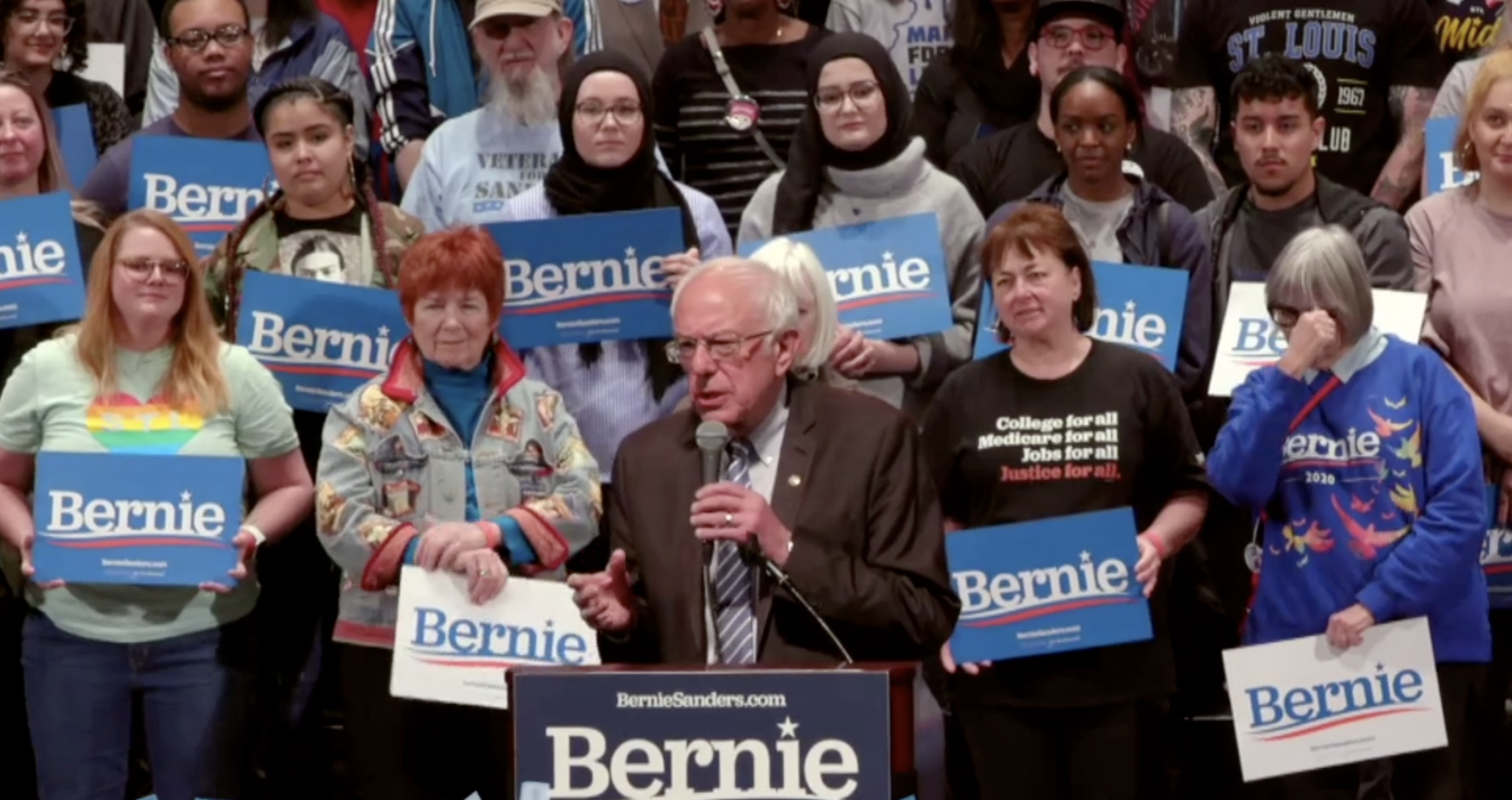 Sen. Bernie Sanders (I-VT) promised a St. Louis crowd on Monday that if he were elected, “everybody in this country” would receive the coronavirus vaccine “absolutely free” once it is developed.

Roughly 45 minutes into the rally, Sanders began to discuss coronavirus while addressing his Medicare-for-all program, first stating, “We are prepared, uniquely in this campaign, to take on a health care industry that last year made 100 billion dollars in profit.”

“We are uniquely prepared to take on a pharmaceutical industry which in some cases charges us ten times more for the same exact drug that’s sold abroad,” Sanders continued.

“Let me tell you, if elected president, everybody in this country will get that [coronavirus] vaccine absolutely free,” Sanders then told rally-goers.

“Is that a radical statement? I mean that is the most obvious statement that anybody can make,” added the Democratic candidate.

Sanders has previously made a similar claim in a post on Twitter, which stated, “Once a vaccine for coronavirus is developed, it should be free.”

Once a vaccine for coronavirus is developed, it should be free.

“I just learned a few moments ago that in New York State the government is doing the right thing. They are manufacturing disinfectant, for hand washing, to make sure that everybody will be able to get the Purell or whatever they need,” The senator said later in the rally.

“What they’re saying is, they are telling the manufacturers today to stop the price-gouging. And they’re manufacturing it. And we are prepared to say that to the pharmaceutical industry: stop ripping off the American people,” he added.