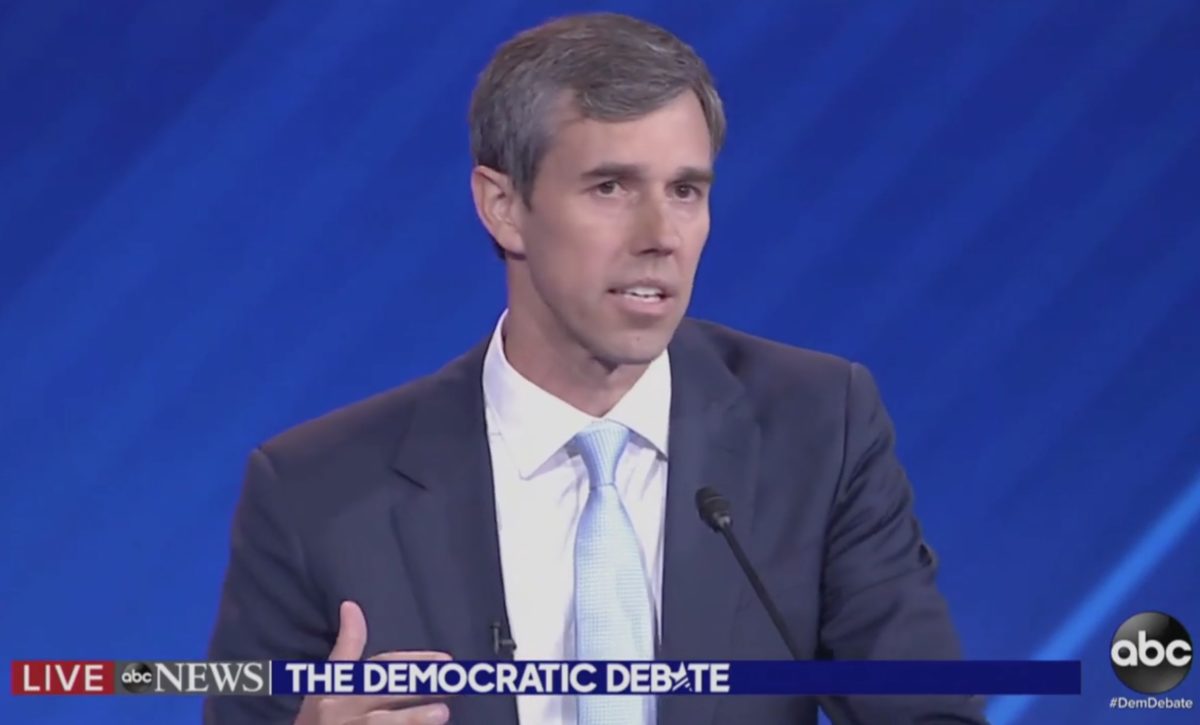 One of the biggest moments from Thursday night’s Democratic debate was Beto O’Rourke declaring, “Hell yes, we’re going to take your AR-15, your AK-47! We’re not going to allow it to be used against a fellow American anymore.”

“I met the mother of a 15-year-old girl who was shot by an AR-15 and that mother watched her bleed to death over the course of an hour because so many other people were shot by that AR-15 in Odessa, there weren’t enough ambulances to get to them in time,” O’Rourke said, before making his “hell yes” pronouncement.

Today Democratic senator Chris Coons said he disagrees with the former Texas congressman and worries about the implications of him saying what he did:

“I frankly think that that clip will be played for years at Second Amendment rallies with organizations that try to scare people by saying Democrats are coming for your guns.”

Much respect to Sen. Coons for leading the fight on background checks. But the time for letting status quo politics determine how far we can go is over. If we agree that having millions of weapons of war on the streets is a bad idea, we have to do something about it. https://t.co/xf8tdKrMBJ