Biden Says Bernie Sanders ‘Has Some Accountability’ for Supporters Attacking Culinary Union Leaders: I Would Disown Them 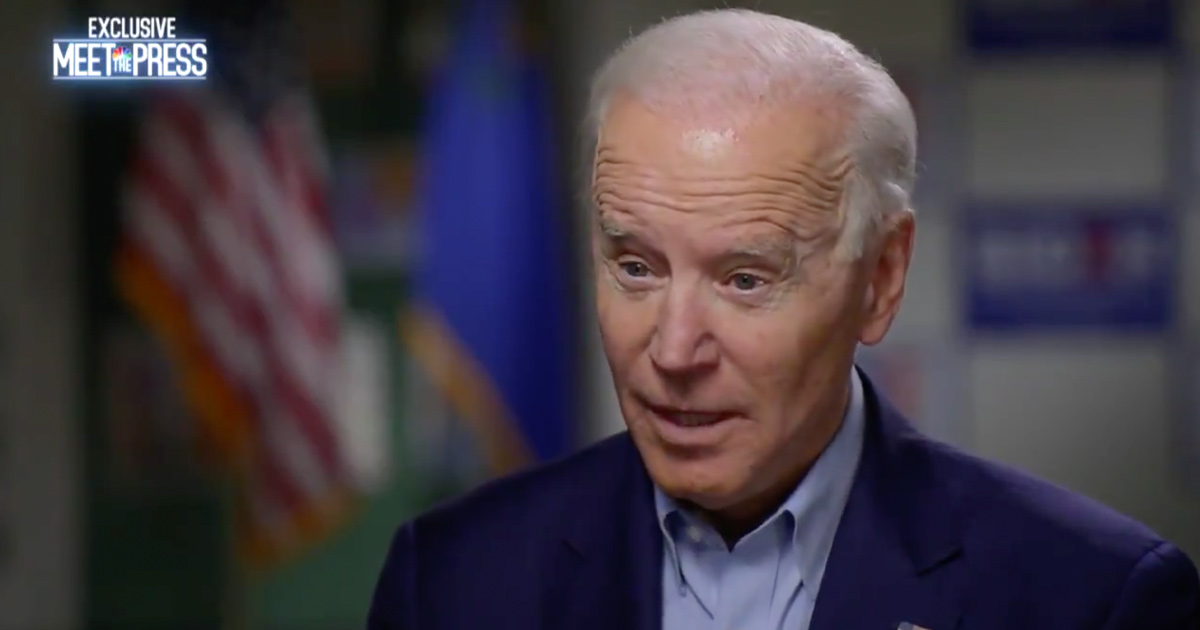 Joe Biden ripped Bernie Sanders for not doing more to disown attacks from his supporters on officials at the Culinary Workers Union.

To briefly recap: the Culinary Union sent out a flyer saying that Sanders would “end Culinary Healthcare.” The union subsequently, as the Nevada Independent reports, received a number of attacks:

Secretary-Treasurer Geoconda Arguello-Kline, for instance, has come under attack for her Nicaraguan heritage, and union spokeswoman Bethany Khan was accused of being paid off by former Secretary of State Hillary Clinton and other Democratic establishment types. In tweets, the union and its leadership have been referred to as “bitches,” “whore,” “fucking scab” and “evil, entitled assholes.”

Sanders said in an interview of the attacks, “Obviously, that is not acceptable to me. And I don’t know who these so-called supporters are. You know, we are living in a strange world on the internet… Anybody making personal attacks against anybody else in my name is not part of our movement.”

WATCH: Former VP @JoeBiden says it is not "sufficient enough" for Bernie Sanders to "disassociate" himself from supporters' "misogynistic" attacks on Culinary Union leaders. #MTP

Joe Biden: "I'd disown them. … He may not be responsible for it but he has some accountability." pic.twitter.com/bABdpEtZLv

“He may not be responsible for it, but he has some accountability,” Biden said. “You know me well enough to know if any of my supporters did that, I’d disown them. Flat disown them.’

“Just go online,” he continued. “The things they said — the vicious, malicious misogynistic things they said, the threats they put out… So far I don’t think it’s sufficient just to say ‘I disassociate myself.'”

You can watch above, via NBC.