CNN pulled out all the camera angles to determine the Democratic debate line-up, having multiple anchors shuffle cards to draw them out of boxes.

Sanders and Warren will be facing off on the Tuesday night debate, while Harris and Biden will be again matching up for the debate on Wednesday night

CNN’s Ana Cabrera handled the shuffling of cards and drawing for the final drawing while multiple cameras from multiple angles carried the drawings live.

It was not unlike a PowerBall drawing in many ways, as illustrated by Mediaite’s Caleb Howe: 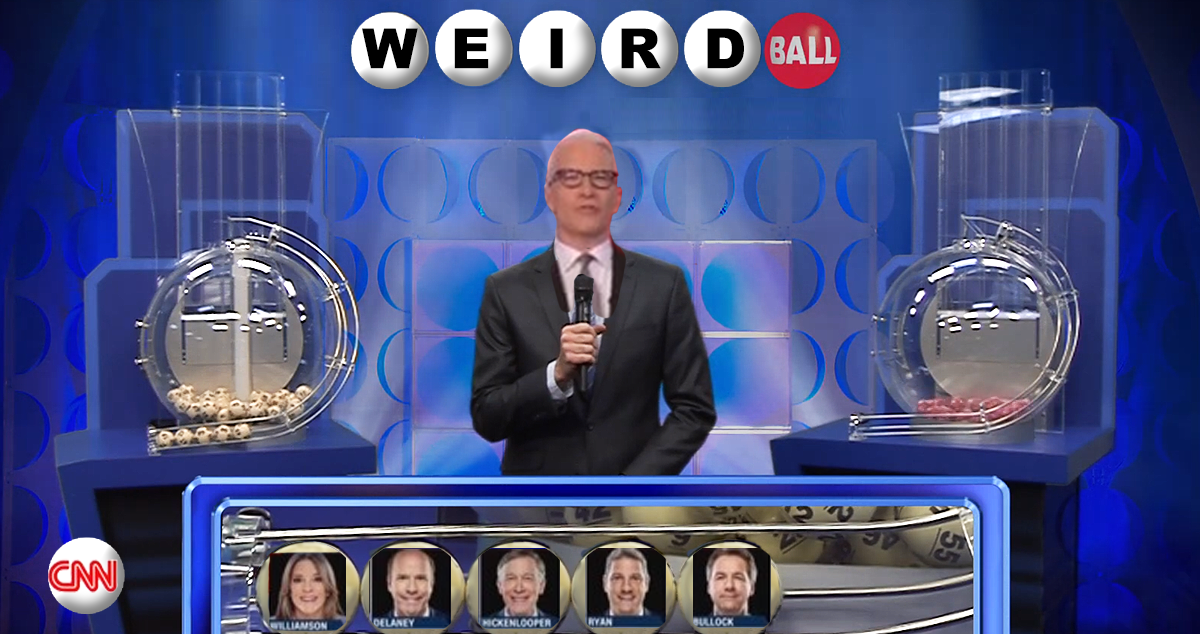 During the event, both Wolf Blitzer and Anderson Cooper were on hand as special anchors. Cooper led a massive panel that mainly speculated on possible debate matchups for each of the debate nights.

Blitzer later revealed the podium positions of the candidates, which will put the front-runner candidates close to the center on both nights.