Brad Raffensperger: GOP Needs to Decry the 'Mob' on Our Side

GA Sec of State Responds to Threats He and His Wife Have Received: Why Won’t Republicans Condemn ‘Wild Mob’ on Our Side? 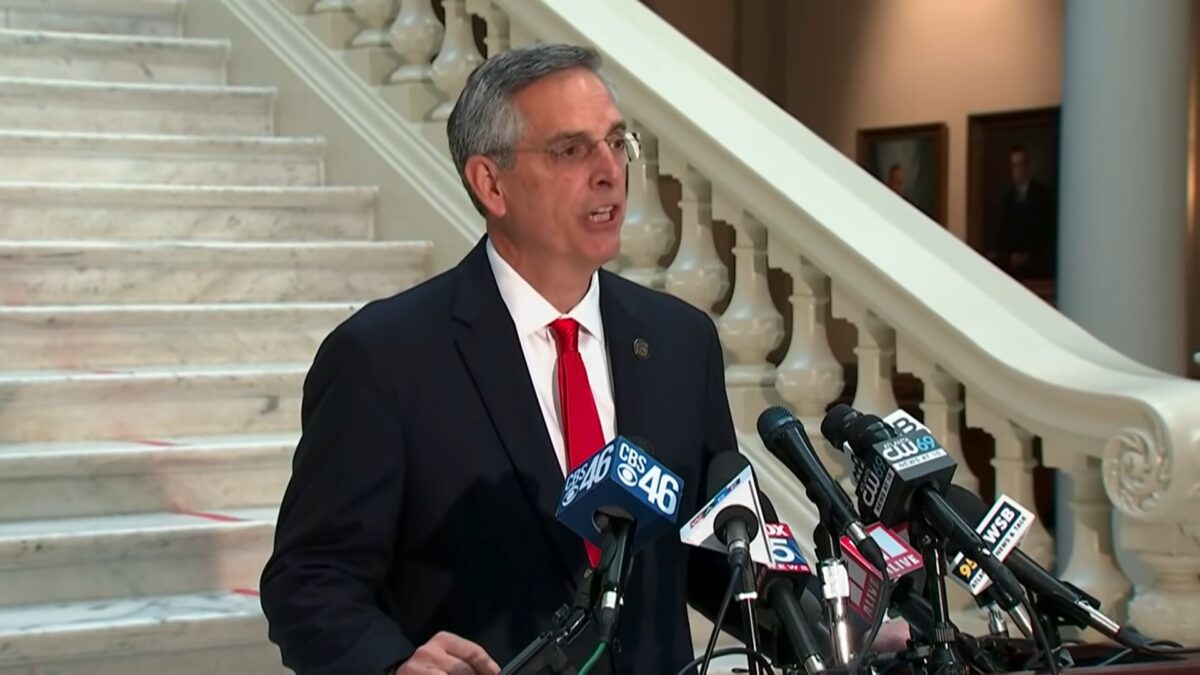 The Washington Post has a new behind-the-scenes report of President Donald Trump’s flailing and unsuccessful efforts to challenge the results of the election in state after state after state.

More claims by the Trump campaign and others were rejected in Pennsylvania, yet another legal setback for the Trump team even as they try to keep raising doubts about the election.

The Post report takes particular note of the saga in Georgia, involving the president’s fury at Governor Brian Kemp. He reportedly said of Kemp “He wouldn’t be governor if it wasn’t for me” and called the governor to try and get him to join in his fight to question the results.

Raffensperger came into the national spotlight as a state Republican official pushing back against the Trump team’s baseless claims. He told the Post, “People made wild accusations about the voting systems that we have in Georgia… I’m not supposed to put my thumb on the Republican side.”

He warned that the false claims about voting machines could discourage turnout in the two key Georgia runoffs, but he also responded to the alarming threats he and his wife have received:

More troubling to Raffensperger were the many threats he and his wife, Tricia, have received over the past few weeks — and a break-in at another family member’s home. All of it has prompted him to accept a state security detail.

Some Republicans have started to say the election is over and congratulated President-elect Joe Biden, but a significant number of them are still standing in Trump’s corner.