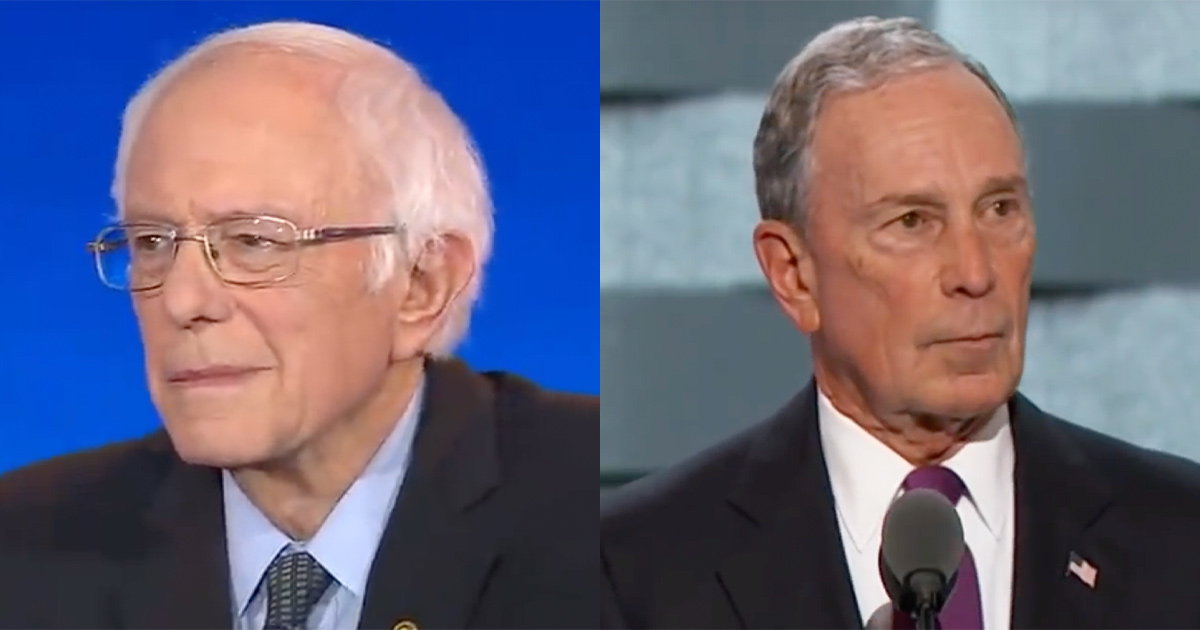 Bernie Sanders’ momentum is growing heading into the New Hampshire primary, and a new national poll out today has him comfortably in first place.

The Vermont senator leads the rest of the Democratic field in the Quinnipiac poll for the first time with 25 percent to Joe Biden’s 17 percent.

Meanwhile, Michael Bloomberg is slowly gaining support. The former New York mayor, who hasn’t been in any of the debates yet but has spent a TON of money on advertising, is third in this poll with 15 percent, followed by Elizabeth Warren at 14 and Pete Buttigieg at 10.

Biden has also taken a hit on the question of electability. A January 28th poll had him easily leading the rest of the field on who has the best chance of beating President Donald Trump, with 44 percent. He still leads the rest of the candidates, but he’s fallen to 27 percent, followed by Sanders at 24, Bloomberg at 17, and Buttigieg at 9.

The head-to-head matchups show Bloomberg, Sanders, Biden, Klobuchar, Warren, and Buttigieg ahead of Trump — but the two candidates that fare the best are Bloomberg (51-42) and Sanders (51-43).

You can read more here.